Nathalia Holt has written books about: 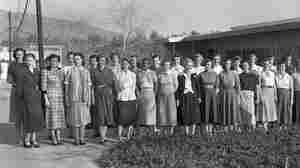 April 5, 2016 • Before there were digital computers, there were "human computers," women who used pencils and paper to do the math that helped carry the U.S. into space. Nathalia Holt tells their story in a new book.