Tom Nealon has written books about: 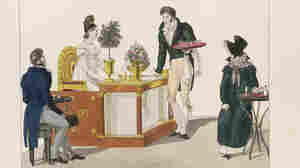 March 12, 2017 • Tom Nealon's new book searches through patchy historical records to trace subjects like how chocolate helped lead to war in the Caribbean, or the role a grain fungus played in the Crusades.