David Hagedorn has written books about: 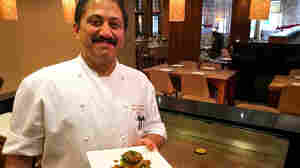 October 18, 2017 • Rasika, a top eatery in Washington, D.C., is famous for its crispy spinach and modern twists on classic dishes. Now the owner and chef are sharing some of their prized — and adventurous — recipes.