Rob Dunn has written books about: 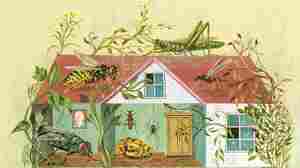 Humans would do better to accept many of the life forms that share our space, than to scrub them all away, says ecologist Rob Dunn. Basic Books hide caption

November 12, 2018 • Ecologist Rob Dunn's new book describes the tiny life forms, helpful and risky, that live in different parts of the home, including on floors and in water faucets, basements and heating systems. 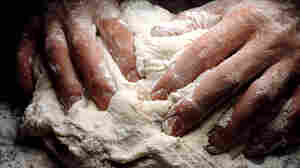 "Our data suggests that something about baking seems to be changing the hands of the people who do the baking," says ecologist Rob Dunn. Rick Gayle/Getty Images hide caption

November 12, 2018 • In Robert Dunn's new book, Never Home Alone, he explores our symbiotic relationship with food: Not only do we impact the bacteria in our food, but the microbes in our food imprint our bodies.