Anna Simonton has written books about: 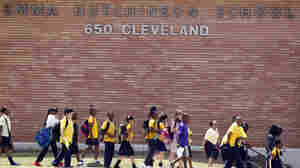 February 16, 2019 • Shani Robinson was one of 11 Atlanta teachers convicted of altering standardized test results in 2015. In None of the Above, she pleads her innocence — and points a finger at systemic failure.