Preet Bharara has written books about: 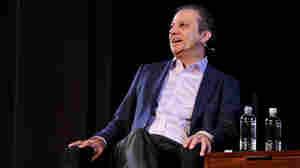 March 18, 2019 • In an interview, former U.S. Attorney Preet Bharara talks about his new book, Doing Justice, and weighs in on Robert Mueller's probe and on how executives have been able to avoid criminal prosecution.