Charlotte Druckman has written books about: 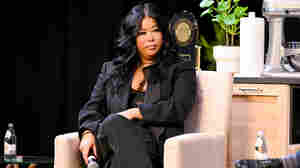 Chef Angie Mar, who has received rave reviews for her New York chophouse Beatrice Inn, has been called a "badass" by the press. While some women have no problem with the word and use it in an entirely complimentary context, many others dislike its bro-culture connotation. Dave Kotinsky/Getty Images hide caption

'Badass': The One Word That Has Become A Lightning Rod For Many Female Chefs

November 11, 2019 • In her new book, Charlotte Druckman asks over 100 female chefs and food writers if there are any words or phrases they wish people would stop using to describe them. One word was a bit of a surprise.