No Retreat, No Surrender

by Tom DeLay and Stephen Mansfield

Tom DeLay was nicknamed "the Hammer" for his hard-charging, take-no-prisoners style of leadership. Liberals despise him, but for conservatives he's a hero—one of the architects of the 1994 Republican revolution. For twelve years afterward, he was the driving force of the Republican majority in the House of Representatives. In this memoir, DeLay shares stories from his entire career, starting with his early, raucous days in Texas; his personal conversion to Christ and how that changed his personal and political life; his work with other rebels to sow the seeds of the 1994 takeover; and his ascension to leadership in the House. He also discusses his dedication to abused and neglected children, and his battle to fend off a ten-year barrage of allegations of wrongdoing, which ultimately led to his decision to resign from Congress. Finally, he unveils a blueprint agenda for the country's next group of elected leaders.—From publisher description.The former congressman from Texas discusses the experiences that have shaped him, the details of his personal conversion to Christ that profoundly changed his life, and his finals days in Congress. 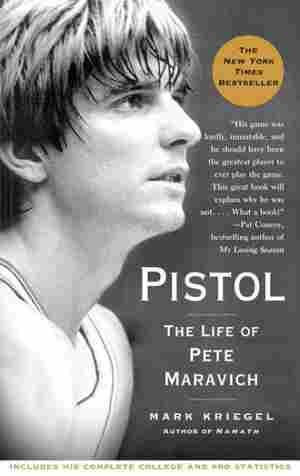 An account of the personal life and professional achievements of the troubled 1970s basketball star, from his relationship with his obsessive father and unbroken college scoring record to the personal demons that challenged his life and his evangelical Christian faith.

Traces the story of a Los Angeles native who spent time in jail for dealing drugs and discovered his aptitude for cooking while working in a federal prison kitchen, a talent that led to an executive chef position at an upscale restaurant.

Wish I Could Be There

Notes from a Phobic Life

The memoir of the agoraphobic son of New Yorker editor William Shawn describes his relationship with his brilliant playwright and actor brother Wallace, his twin sister's institutionalization for autism at the age of eight, and the strict household taboos that affected his own mental state.

A Family's Journey of Love and Healing

by Lee Woodruff and Bob Woodruff

The authors share their never-before-told story of romance, resilience, and survival following Bob's traumatic brain injury after an improvised explosive device went off near the tank that he was riding in while covering a story in Iraq.

A personal, humor-tinged account by a man who was suddenly rendered a paraplegic by the rare condition transverse myelitis describes how his abruptly changed circumstances forced him to reevaluate his life and the larger questions of human existence. 25,000 first printing.

Alive at the Village Vanguard

My Life in And Out of Jazz Time

by Barry Singer and Lorraine Gordon

My Search For My Mother's Life

Documents the author's efforts to learn about his mother's life in the years after her death, a personal quest during which he rediscovered the Jewish immigrant Bronx of the 1930s and 1940s and his grandparent's impact on his mother's dreams to flee her home and acquire an education. By the author of Jew vs. Jew. 40,000 first printing.

The Girl With the Gallery

Edith Gregor Halpert And the Making of the Modern Art Market

The Truth About Life After Eating Disorders

The author of Solitaire continues her autobiographical account of dealing with anorexia and its aftermath, looking at the role personality plays in influencing eating disorders, the role eating disorders have played in her own life, the causes and consequences of the problem, and life after these devastating ailments.

Evaluates the potential presidential candidacy of the Florida governor and brother to George W. Bush, tracing his political career and lasting popularity in Florida while discussing his strengths and liabilities as a political leader.