Then They Came for Me

A Family's Story of Love, Captivity, and Survival

by Maziar Bahari and Aimee Molloy

An former prisoner in one of Iran's most notorious prisons offers a moving memoir of how thoughts of his family got him through the seemingly unending days of torture, in a book that also sheds light on Iran's tumultuous history.

The singer and actor best known for his role on "General Hospital" chronicles the ups and downs of his career, as well as his lifelong battle with depression and thoughts of suicide.

Richard Burton, Richard Harris, Peter O'Toole, and Oliver Reed: On screen they were stars, off screen they were legends. This is the story of drunken binges of near biblical proportions, parties and orgies, broken marriages, riots, and wanton sexual conquests—indeed, acts so outrageous that if ordinary mortals had perpetrated them they would have ended up in jail. They got away with the kind of behavior that today's film stars could scarcely dream of, because of their mercurial acting talent and becausethe press and public loved them. They were truly the last of a breed. This is a celebratory catalogue of their miscreant deeds, a greatest-hits package of their most breathtakingly outrageous behavior, told with humor and affection. You can't help but enjoy it—after all, they certainly did.—From publisher description.

Describes the exceptional life and times of LPGA founder Babe Didrikson, the Texas woman who achieved All-American status in basketball, won gold medals in track and field in the 1932 Olympics, and became the first woman to play against men in a PGA tournament.

Traces the thirty-year con of Clark Rockefeller, a German-born immigrant who assumed numerous identities to charm his way into exclusive clubs and financial institutions before divorcing his Harvard-graduate wife and kidnapping his own daughter.

The Murder of the Century

Traces the 1897 murder that initiated a tabloid war between media moguls Joseph Pulitzer and William Randolph Hearst, chronicling the efforts of an anxious police officer, a cub reporter, and an eccentric professor to solve the crime.

I Feel So Good

The Life and Times of Big Bill Broonzy

by Bob Riesman and Peter Guralnick

The Whitbread Book of the Year-winning author of Matisse the Master presents a tribute to the life and work of the Pulitzer-winning author known for such works as The Good Earth, covering such topics as her fundamentalist upbringing, witness to the Boxer Revolution and two marriages. Reprint. A best-selling book.

I Wore the Ocean in the Shape of a Girl

A poet whose work is included in Best American Poetry 2010 presents a full-length memoir based on her autobiographical Ploughshares essay that recounts her struggles with alcoholism and search for answers after her son's death from leukemia. 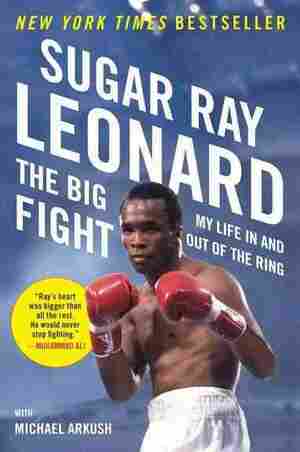 My Life in and Out of the Ring

The International Boxing Hall of Fame icon shares the story of how he rose from impoverished origins to become a national Golden Gloves champion, Olympic gold medalist and top-rate pro, offering insight into such topics as his professional relationships, exposure to sport corruption and struggles with addiction. 75,000 first printing.

The Floor of Heaven

Using primary source materials from three individuals around whom the narrative revolves, best-selling author Blum tells a story of the 1897 Klondike Gold Rush.

The daughter of the Golden Age Hollywood celebrity recounts her childhood with her retired father, describes his relationships with other famous people, and remembers his death in her late teens, sharing their personal correspondence and the life lessons he imparted.