Reflections on the Vietnamese Diaspora

by Andrew Lam and Richard Rodriguez

A noted journalist and NPR commentator presents a collection of essays that reflect his lifelong struggle for identity as a Vietnamese national living abroad and what the Vietnam War means to Vietnamese people living in exile as they long for a homeland that no longer exists for them. Original.

Torture, Medical Complicity, and the War on Terror

The revelation that the United States was systematically torturing inmates at prisons run by its military and civilian leaders divided the nation and brought deep shame to many. When author Miles, an expert in medical ethics and an advocate for human rights, learned of it, one of his first thoughts was: "Where were the prison doctors while the abuses were taking place?" Here, he explains the answer: not only were doctors, nurses, and medics silent while prisoners were abused; physicians and psychologists provided information that helped determine how much and what kind of mistreatment could be delivered to detainees during interrogation. Additionally, these harsh examinations were monitored by health professionals operating under the purview of the U.S. military. Based on meticulous research and documentations, he tells a story markedly different from the official version, revealing involvement at every level of government. This book will reinvigorate Americans' understanding of why human rights matter.—From publisher description.Based on declassified government documents, media accounts, congressional testimony, and reports by human rights organizations, examines the role of medical personnel in the abuse of unarmed captives at Abu Ghraib, GuantGanamo Bay, and elsewhere.

A Knife That Cuts Both Ways

Identifies the benefits and consequences of the nation's paradigm shift toward more preventive and proactive approaches to conflict, arguing that the seeds of such a shift were planted prior to the events of September 11. 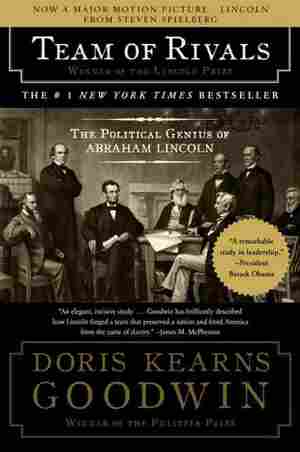 The Political Genius of Abraham Lincoln

An analysis of Abraham Lincoln's political talents identifies the strengths and abilities that enabled his election and describes how he used those same abilities to rally former opponents to win the Civil War.

The author reflects on the myths, rituals, and realities of death in the African-American community, using interviews, archival research, literature, film, and music to probe this fascinating topic.

Stranger in a Strange Land

Encounters in the Disunited States

Profiles contemporary America as a bitterly divided nation that is increasingly isolated from the rest of the world, in an account that includes discussions with such figures as Warren Beatty, Michael Moore, and Maya Angelou.

Analyzes the third president's politics and contributions in light of the development of the United States, including the impact of the Enlightenment, the French Revolution, and Jefferson's versatility as a public speaker and writer.

New News Out of Africa

The Untied States Of America

Polarization, Fracturing, And Our Future

Examines the growing polarization among Americans, discussing the implications of the values gap, fiscal irresponsibility, ethnic enclaves, and other complex issues that are transforming American life and culture.

Whispering in the Giant's Ear

A Frontline Chronicle From Bolivia's War On Globalization

Weaves memoir, travel, history, and reportage together into a chronicle of the struggles of the Bolivian people, their livelihood, their rain forest, and the country's relationships with logging companies and multinational energy companies. Original.

How Hispanics are Transforming Politics in America

An Emmy Award-winning journalist and the author of No Borders assesses the impact of the Latino vote on American politics, exploring issues that are important to Latin Americans today while making predictions about the implications of future demographic changes. Reprint. 20,000 first printing.

The Other Face of America

Chronicles of the Immigrants Shaping Our Future

Describes the hopes and fears of immigrants to the United States from Mexico and other Latin American countries, and discusses their experiences in the United States, racism, linguistic change, and future developments.

A Journey Through the Pentagon's Scientific Underworld

Traces the work of a team of fringe scientists who are working on "isomer weapon" technology—a grenade-sized bomb capable of atomic-level destruction—in an account that discusses the exorbitant amounts of money allocated by the Pentagon for its development and the scientific battle being waged between military officials and top nuclear scientists.

In the Belly of the Green Bird

The Triumph of the Martyrs in Iraq

An American journalist who successfully infiltrated the Iraqi insurgency documents the American-led occupation and reconstruction of Iraq, offering insight into the January election and the radicalization of the Sunnis.