A sixteen-year-old Portland, Oregon, skateboarder, whose parents are going through a difficult divorce, is engulfed by guilt and confusion when he accidentally kills a security guard at a train yard.

by Jane O'Connor and Robin Preiss-Glasser

When she is told that she won't be able to attend her best friend's glamorous Butterfly Birthday Bash because it coincides with her grandparents' 50th wedding anniversary celebration, Nancy is heartbroken, but with her family's support and her own stylish flare, Nancy is able to add a touch of drama to the mix and make the day a true success for all.

How One Small Loan Made a Big Difference

Inspired by actual events, a picture book tells the story of Kojo, a boy from Ghana, who, with a very small loan from his mother, started a tiny poultry farm and earned enough money to return to school—and make a better life for his family.

Harriet wants to become an author, so she keeps a secret notebook full of thoughts and observations about her classmates and friends. But when she misplaces her notebook and it falls into the wrong hands, Harriet knows she is going to have a lot of explaining to do.

Bratty Mary Lennox, born in India to wealthy and neglectful parents, is sent back to England after a cholera epidemic to live in a rural manor with her uncle. At first rude and angry, Mary is transformed by the kindness of the staff and by her discovery of a neglected garden that once belonged to the late lady of the manor.

Greg records his sixth-grade experiences in a middle school where he and his best friend, Rowley, undersized weaklings amid boys who need to shave twice daily, hope just to survive, but when Rowley grows more popular, Greg must take drastic measures to save their friendship.

Sad-sack sixth-grader Greg Heffley just wants to fit in. His preteen diaries chronicle the dramas of junior high as he and his best friend, Rowley, try to survive as undersized weaklings amid boys who need to shave twice daily. When Rowley grows more popular, Greg takes drastic measures to save their friendship.

We Are the Ship

The Story of Negro League Baseball

by Kadir Nelson and Hank Aaron

Using an "Everyman" player as his narrator, Kadir Nelson tells the story of Negro League baseball from its beginnings in the 1920s through the decline after Jackie Robinson crossed over to the majors in 1947. Illustrations from oil paintings by artist Kadir Nelson.

When Chicken dreams about a treasure, he, along with his friends, sets off on an eggs-traordinary journey, in this entertaining picture book filled with word play and puns. 20,000 first printing.

Flamingos On The Roof

Voices from a Medieval Village

Journey to an English village in 1255 where a cast of characters, from millers to maidens, are introduced through colorful portraits and personal stories, in an informative guide to the Medieval era. 80,000 first printing. 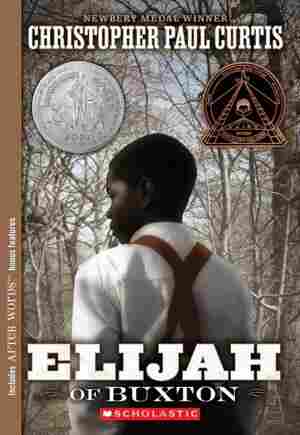 In 1859, 11-year-old Elijah Freeman, the first free-born child in Buxton, Canada, which is a haven for slaves fleeing the American South, uses his wits and skills to try to bring to justice the lying preacher who has stolen money that was to be used to buy a family's freedom.

Set during the 1967-1968 school year, Holling Hoodhood finds his seventh-grade year one filled with many challenges as he spends afternoons with Mrs. Baker discussing the plays of Shakespeare, defends his tasty cream puffs from a determined bully, and prepares for his big debut in the school play—all while the issue of Vietnam looms on a daily basis. 50,000 first printing.

When a new, white student nicknamed "The Jesus Boy" joins her sixth grade class in the winter of 1971, Frannie's growing friendship with him makes her start to see some things in a new light.

In this magical novel written and illustrated by Brian Selznick, 12-year-old Hugo is an orphan, clock-keeper and petty thief living within the walls of a Paris train station in 1931. Before he died, his father left him a broken automaton, and Hugo labors to uncover the secret hidden inside the machine.

by Ellen Levine and Kadir Nelson

When his family is sold during the era of slavery, a determined young boy who dreams of freedom ships himself in a wooden box to a place up north in the hopes of living the life he always wanted, in an inspiring story about one of the Underground Railroad's most amazing escapes.

Using simple text and illustrations, shows how animals and objects change, including tadpoles to frogs and seeds to flowers, in a book with cutouts so that certain colors from the previous picture help create the next picture.

Growing Up Behind the Iron Curtain

I was born at the beginning of it all, on the Red side - the Communist side - of the Iron Curtain. Through annotated illustrations, journals, maps, and dreamscapes, Peter Sis shows what life was like for a child who loved to draw, proudly wore the red scarf of a Young Pioneer, stood guard at the giant statue of Stalin, and believed whatever he was told to believe. But adolescence brought questions. Cracks began to appear in the Iron Curtain, and news from the West slowly filtered into the country. Si;s learned about beat poetry, rock 'n' roll, blue jeans, and Coca-Cola. He let his hair grow long, secretly read banned books, and joined a rock band. Then came the Prague Spring of 1968, and for a teenager who wanted to see the world and meet the Beatles, this was a magical time. It was short-lived, however, brought to a sudden and brutal end by the Soviet-led invasion. But this brief flowering had provided a glimpse of new possibilities - creativity could be discouraged but not easily killed.Annotated illustrations, maps, and dreamscapes explore how the artist-author's life was shaped while growing up in Czechoslovakia during the Cold War, in a powerful graphic memoir.

A Case of Mistaken Identity

When she arrives at school, excited to show off her one-of-a-kind Knuffle Bunny, Trixie is quite upset when someone else has the exact same bunny.

When Pinky doesn't show up on Saturday to take part in their traditional Adventure Day, Max goes on the hunt to find out why by interviewing polar bear, diving in mud patches, and chatting with horses throughout the afternoon.

When Max and Pinky decide to play superheroes, Pinky gets stuck with all of the unappealing sidekick duties, until Max finds himself in real trouble.

While Farmer Joe is at the National Tractor Society Conference in Reno, his animals go on tour in a broken-down van, performing as the band called Punk Farm.

by Truman Capote and Beth Peck

A reminiscence of a Christmas shared by a seven-year-old boy and Buddy, his eccentric, elderly cousin, with enormous love and friendship between them, in this beautifully illustrated reissue that is accompanied by a CD.

The Daring Book for Girls

Celebrating the idea that anything boys can do, girls can do better, an entertaining guide to adventure for girls of all ages covers everything from Twenty Books Every Girl Should Read to Cool Tricks with a Basketball, Building a Campfire, Every Girl's Toolkit, Queens of the Ancient World, and much more. 400,000 first printing.