When the queen insists that the prince get married and take over as king, the search for a suitable mate does not turn out as expected.

by Milly Lee and Yangsook Choi

A young Chinese-American girl and her family move their belongings from their home in Chinatown to the safety of Golden Gate Park during the San Francisco earthquake of 1906. Reprint.

My Favorite Poetry for Children

In this stellar follow-up to The Best-Loved Poems of Jacqueline Kennedy Onassis, the author collects more than one hundred of her family's best-loved poems from all over the world, accompanied by beautiful watercolor illustrations. 250,000 first printing. $150,000 ad/promo. 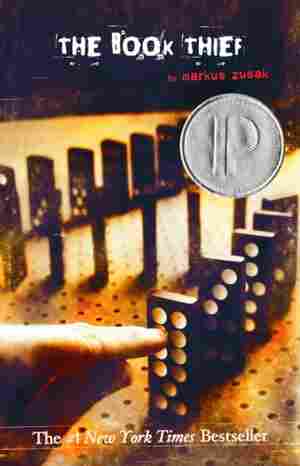 How to Be a Good Dog

When Mrs. Birdhead has enough of Bobo the dog and sends him packing, silent Cat must instruct Bobo in proper dog etiquette in order to keep his friend around, but this proves to be much harder than expected. 25,000 first printing.

Teenagers in a small town in the 1960s experience new thoughts and feelings, question their identities, connect, and disconnect as they search for the meaning of life and love.

An illustrated collection of 95 poems for children features the works of 73 classic and contemporary poets. Edited by Dominique Raccah. Illustrated by Wendy Rasmussen, Judy Love and Paula Zinngrabe Wendland.

The First Day Of Winter

In a cozy, cumulative tale, a snowman comes alive as the child building it adds pieces during the magical first ten days of winter.

While his owner gets a new dress for Madeline, Carl, the Rottweiler, performs many errands of his own, unbeknownst to his owner. 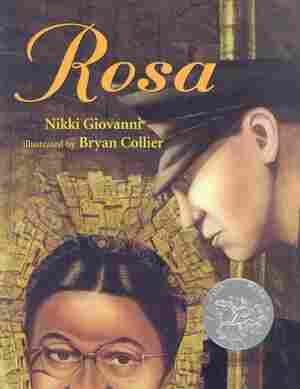 Provides the story of the young black woman who refused to give up her seat to a white passenger in Alabama, setting in motion all the events of the Civil Rights Movements that resulted in the end of the segregated south, gave equality to blacks throughout the nation, and forever changed the country in which we all live today.

After learning that the father he never knew is Poseidon, God of the Sea, Percy Jackson is transferred from boarding school to Camp Half-Blood, a summer camp for demigods, and becomes involved in a quest to prevent a catastrophic war between the gods. Teacher's Guide available.

As a new sophomore at an exclusive boarding school, a young black man is witness to the persecution of another student with bad acne who is also Jewish.

by Quincy Troupe and Lisa Cohen

A poetic celebration relates the true story of a boy who lost his sight shortly after birth, grew up in Detroit, Michigan, and became one of the twentieth century's most creative and influential musicians—an instrumentalist, singer, songwriter, musical innovator, and cultural activist. Includes a CD of two Stevie Wonder hit songs.

Presents information about popular dinosaurs as well as many lesser-known varieties as each of the six spreads features one large pop-up, and booklets of smaller pop-ups and text.

A grotesque foundling turns against the witch who sacrificed almost everything to raise him when he becomes consumed by the desire for money and revenge against those who have hurt him, but he eventually finds his true heart's desire. Reprint.

The Man-Eating Tigers of Sundarbans

by Sy Montgomery and Eleanor Briggs

A tale about the author's trip to the flooded forest of the Sundarbans Tiger Reserve expels the myths and attempts to explain the science behind the behavior of the man-eating tigers which inhabit this mangrove swamp.

Raised from infancy by their grandmaster, twelve-year-old Fu and his temple brothers Malao, Seh, Hok, and Long think of their temple as their home and their fellow warrior monks as their family, so when the temple is destroyed by an army led by a former monk Ying, they set out to uncover the secrets of their past, which their grandmaster has promised, is connected to Ying's.

While dealing with death and destruction for the first time, Malao, the youngest of the Five Ancestors and the master of the monkey fighting style, is adopted by a troop of monkeys led by a one-eyed albino and hears rumors of a mysterious recluse called the Monkey King who looks and acts like him.

The Letters Of James B. Dobbins

James Dobbins writes letters to Santa Claus, detailing what he and some family members want for Christmas and explaining his behavior of the past year.