The Man of Numbers

The Man of Numbers

Traces the early 13th-century introduction of Arabic numbers to Western Europe by Leonardo of Pisa, documenting the influential publication of his Liber Abbaci and how it enabled everyday people to understand numbers and engage in commerce, a capacity that set the stage for larger scientific, technological and trade advances.

NPR stories about The Man of Numbers 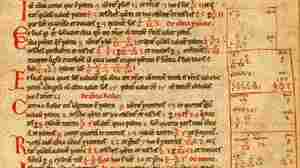 A page from the Liber Abaci manuscript. Leonardo da Pisa wrote symbolic calculations in the margin to illustrate the methods described in the text. Click Here For A Closer Look Siena Public Library hide caption

Fibonacci: The Man Behind The Math

Fibonacci's 'Numbers': The Man Behind The Math 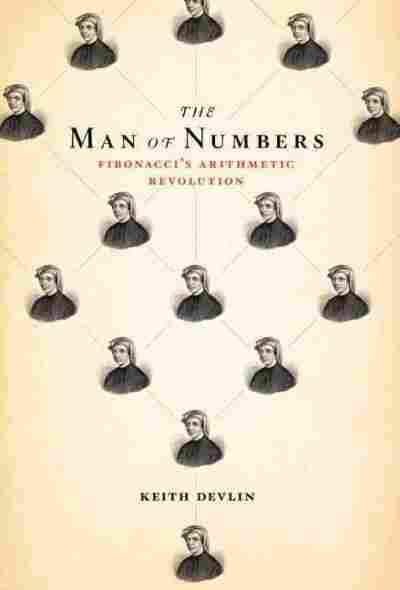 Your Days Are Numbered

Try to imagine a day without numbers. Never mind a day, try to imagine getting through the first hour without numbers: no alarm clock, no time, no date, no TV or radio, no stock market report or sports results in the newspapers, no bank account to check. It's not clear exactly where you are waking up either, for without numbers modern housing would not exist.

The fact is, our lives are totally dependent on numbers. You may not have "a head for figures," but you certainly have a head full of figures. Most of the things you do each day depend on and are conditioned by numbers. Some of them are obvious, like the ones listed above; others govern our lives behind the scenes. The degree to which our modern society depends on numbers that are hidden from us was made clear by the worldwide financial meltdown in 2008, when over-confident reliance on the advanced mathematics of futures predictions and the credit market led to a total collapse of the global financial system.

How did we — as a species and as a society — become so familiar with and totally reliant on these abstractions our ancestors invented just a few thousand years ago? As a mathematician, this question had puzzled me for many years, but for most of my career as a university professor of mathematics, the pressures of discovering new mathematics and teaching mathematics to new generations of students did not leave me enough time to look for the answer. As I grew older, however, and came to terms with the unavoidable fact that my abilities to do original mathematics were starting to wane a bit — a process that for most mathematicians starts around the age of forty (putting mathematics in the same category as many sporting activities) — I started to spend more time looking into the origins of the subject I have loved with such passion since I made the transition from "It's boring" to "It's unbelievably beautiful" around the age of sixteen.

For the most part, the story of numbers was easy to discover. By the latter part of the first millennium of the Current Era, the system we use today to write numbers and do arithmetic had been worked out — expressing any number using just the ten numerals 0, 1, 2, 3, 4, 5, 6, 7, 8, 9, and adding, subtracting, multiplying, and dividing them by the procedures we are all taught in elementary school. (Units column, tens column, hundreds column, carries, etc.) This familiar way to write numbers and do arithmetic is known today as the Hindu-Arabic system, a name that reflects its history.

Prior to the thirteenth century, however, the only Europeans who were aware of the system were, by and large, scholars, who used it solely to do mathematics. Traders recorded their numerical data using Roman numerals, and performed calculations either by a fairly elaborate and widely used fingers procedure or with a mechanical abacus. That state of affairs started to change soon after 1202, the year a young Italian man, Leonardo of Pisa — the man who many centuries later a historian would dub "Fibonacci" — completed the first general purpose arithmetic book in the West, Liber abbaci, that explained the "new" methods in terms that ordinary people could understand — tradesmen and businessmen as well as schoolchildren. While other lineages can be traced, Leonardo's influence, through Liber abbaci, was by far the most significant and shaped the development of modern western Europe.

Leonardo learned about the Hindu-Arabic number system, and other mathematics developed by both Indian and Arabic mathematicians, when his father brought his young son to join him in the North African port of Bugia (now Bejaïa, in Algeria) around 1185, having moved there from Pisa to act as a trade representative and customs official. Years later, Leonardo's book not only provided a bridge that allowed modern arithmetic to cross the Mediterranean, it also bridged the mathematical cultures of the Arabic and European worlds, by showing the west the algebraic way of thinking that forms the basis of modern science and engineering (though not our familiar symbolic notation for algebra, which came much later).

What Leonardo did was every bit as revolutionary as the personal computer pioneers who in the 1980s took computing from a small group of "computer types" and made computers available to, and usable by, anyone. Like them, most of the credit for inventing and developing the methods Leonardo described in Liber abbaci goes to others, in particular Indian and Arabic scholars over many centuries. Leonardo's role was to "package" and "sell" the new methods to the world.

The appearance of Leonardo's book not only prepared the stage for the development of modern (symbolic) algebra, and hence modern mathematics, it also marked the beginning of the modern financial system and the way of doing business that depends on sophisticated banking methods. For instance, Professor William N. Goetzmann of the Yale School of Management, an expert on economics and finance, credits Leonardo as the first to develop an early form of present-value analysis, a method for comparing the relative economic value of differing payment streams, taking into account the time-value of money. Mathematically reducing all cash flow streams to a single point in time allows the investor to decide which is the best, and the modern version of the present-value criterion, developed by the economist Irving Fisher in 1930, is now used by virtually all large companies in the capital budgeting process.