The comedic actress discusses her friendships with such stars as Jimmy Stewart, Lucille Ball, Cary Grant, and Julie Andrews, her successful television show which ran for eleven years, and the sorrows that she overcame with her humor.

NPR stories about This Time Together 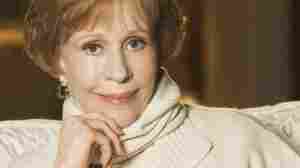 'Laughter And Reflections' With Carol Burnett

March 23, 2011 • Before each taping of The Carol Burnett Show, the comedy queen stood on stage for a Q&A session with the audience. Burnett shares her favorite pre-show chats — and tales from her long career in show-biz — in her book This Time Together.

'Laughter And Reflections' With Carol Burnett

March 23, 2011 • Jennifer Egan paints an inventive portrait of a record executive and his employee, while Anna Quindlen plumbs the life of a suburban mother. Mitch Albom tells the story of two clergymen, Carol Burnett remembers her TV variety show, and Marion Meade looks at the wacky life of writer Nathanael West.

Excerpt: This Time Together 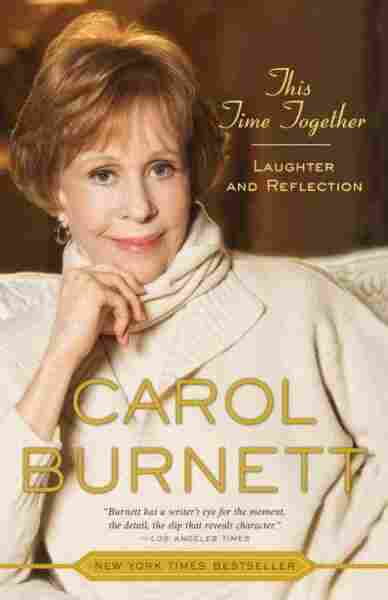 During the past few years, I’ve zigzagged across the country appearing in various theaters performing Laughter and Reflection: A Conversation with Carol, Where the Audience Asks the Questions. It’s just the audience and me. The evening lasts ninety minutes, beginning with seven minutes of old Q & A clips from our TV variety show to give the audience an idea of what the evening is going to be like. Then I come out onstage and ask for the lights to be bumped up, so I can see everyone.

Me: Tonight is all about any questions you might have for me . . . about our show, the people I’ve worked with, moments that stand out in your memory that you’re curious about—anything at all. So just raise your hands, and here we go!

It’s always a little scary, because I’m working without a safety net. There are no “plants” in the audience, because if the event feels pre-planned, it takes the fun out of it. The audience can tell it’s off the cuff, and through the years people have been pretty enthusiastic—and aren’t at all shy about raising their hands. When I call on someone I never know what the question will be. I have to say, it keeps the ol’ gray matter ticking and the blood pumping.

However, through the years there have been questions that were asked over and over, which gives me a breather by allowing me to count on being able to tell some set stories. If these questions weren’t asked (for instance, if the audience was sitting on its hands), often I could bring up the subject myself and tell the story anyway. (Whew!)

What follows are some of these stories that I’ve shared over the years in response to various questions. Some have to do with our gang on the variety show, embarrassing moments, famous people, not-so-famous people, family, and so on. Since I’m not planning on doing too many more of these story evenings in the future, I figured I’d write up my favorite stories for my grandkids and anybody else who might enjoy them—who might have some fun and laughs and maybe some nostalgic moments as well.

Many years ago, in 1986, I wrote a memoir called One More Time, which was couched as a letter to my three daughters, telling them all about my growing up in a dysfunctional yet loving family. That book didn’t take my life beyond age twenty-six. This time I’m emphasizing episodes and anecdotes that have brought me to the present time, although I’ve also included a few stories from childhood that bear repeating. Originally I began writing this book as a simple series of anecdotes, but as I got into it I found that I went into more detail than I usually do onstage. I also found myself writing about things that I haven’t talked about onstage but which resonate with me. Some of them are even serious. These thoughts and feelings just kind of poured out onto the page. They might not be as amusing as some of my other remembrances, but they’re memories I’d like to share. So what follows is a kind of memoir peppered with anecdotes here and there. I hope you enjoy it.

Rumplemayer’s and the Mean Hostess

During the summer of 1959 Once upon a Mattress was enjoying a healthy run, and a few of us in the cast decided to splurge one Saturday night after the show and treat ourselves to a sundae at the most expensive ice cream parlor in New York City: Rumplemayer’s, in the St. Moritz Hotel on Central Park South. Even though Mattress had been running for a few months and I had done some television, I was far from being recognizable in public. Nonetheless, I was flush with the excitement of being in a hit stage show and raking in $80 a week to boot. I could afford a Rumplemayer’s treat.

Rumplemayer’s was a pretty posh ice cream parlor. You could spot familiar faces there anytime after the bows had been taken and the lights had dimmed on Broadway for the night. Some folks went to nightclubs or bars, but those who had a sweet tooth and who also wanted to be seen went to Rumplemayer’s. I remember having peeked in a few months earlier and spotting Marlene Dietrich in a gorgeous gray pantsuit at the counter, elegantly digging a long-handled spoon into a whipped cream goodie.

On this night four of us pushed our way through the re olving door and stood casing the scene as we waited for the hostess. It was crowded, but there were a couple of empty tables in the back. The hostess, in a blue dress with a white collar and cuffs and sporting a very tight bun in her hair, approached us with menus. She took a closer look, and smoke began to come out of her ears.

“EXCUSE ME! But just what do you think you’re doing?”

She was looking straight at me.

“I SAID, what do you think you’re doing?”

Before I could speak, she went off on a major tear. “Young woman, don’t you realize that we don’t allow ladies in RUMPLEMAYER’S wearing SLACKS? SL-ACKS”—she made it two syllables and pronounced them like a dirty word—“are FOR-BID-DEN!”

She was actually screaming at me. Her pipes could’ve given Ethel Merman a run for her money. I wondered if maybe her bun was too tight. Suddenly I noticed that the place had become strangely quiet: fewer clinking spoons, less slurping through straws. More than a few customers were watching us, evidently waiting to see if the hostess was going to shoot me. I was feeling like an axe murderer and at the same time awfully humiliated. I was dressed in a nice pair of black slacks, not jeans, but apparently that was still enough of a social gaffe for her to send me up the river and put me in solitary.

My friends and I were frozen in place, but this lady wouldn’t quit. I looked for the swastika on her sleeve as she continued her harangue.

“DO YOU UNDERSTAND ME? FOR-BID-DEN!”

I was about to slink out backward when the image of Marlene Dietrich came to me out of nowhere. She had been in SL-ACKS and nobody had yelled at her. And all this hostess needed to do with us was to nicely explain the rules. It could have gone thusly:

Hostess: (quietly) I’m awfully sorry, miss, but Rumplemayer’s has a dress code, and ladies are not seated if they’re wearing slacks. I do hope you and your friends will come back and see us soon. Here’s a mint.

Me: (quietly) Oh, of course. I’m sorry, I didn’t know. We’ll definitely come back another time, and thank you so much for the mint. (We exit with dignity.)

Simple. No problem. But noooo.

Astonishingly, she was still at it, not only for our benefit now, but clearly for that of the entire restaurant: “I DON’T KNOW WHERE YOU KIDS GET OFF THINKING YOU CAN BREAK THE RULES WHENEVER YOU WANT!”

You could’ve heard a pin drop. At this point, the image of Dietrich in pants was looming full screen in my mind’s eye. I opened my mouth to speak.

“Please forgive me,” I said sweetly (but projecting so that every customer could hear), “but I have a wooden leg, and I’m too embarrassed to wear a skirt.”

Dead silence. I felt the entire restaurant getting ready to line the hostess up in front of a firing squad. She felt it, too. She led us to a back table. I dragged my wooden leg all the way across the room without bending my knee and ate my hot fudge sundae while sitting stiff-legged the whole time.

The revenge tasted sweeter than the sundae.