Passion consumes Henri, a chef with Napoleon's army, and Villanelle, who has lost her heart to a married noblewoman, until the two meet at the gates of Moscow and form a bond based on bitter loss

NPR stories about The Passion 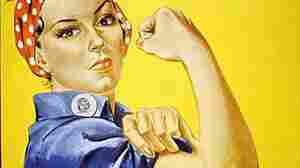 March 2, 2011 • For the contemporary woman, feminist classics don't always do the trick — most of us believe there's more to life than marriage or madness. To kick off Women's History Month, author Stephanie Staal suggests three books about mold-breaking heroines, sure to inspire your inner feminist. 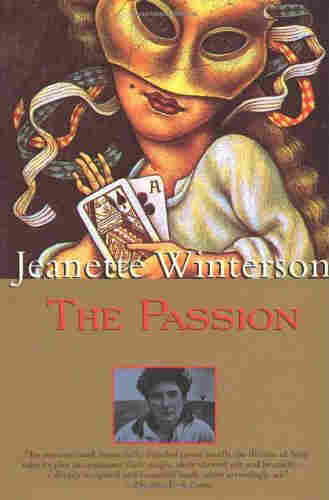 Our companion loosed her laces but kept her boots on, and seeing my surprise atforgoing this unexpected luxury said, 'My father was a boatman. Boatmen do nottake off their boots.' We were silent, either out of respect for her customs orsheer exhaustion, but it was she who offered to tell us her story if we chose tolisten.

'A fire and a tale,' said Patrick. 'Now all we need is a drop of something hot,'and he fathomed from the bottom of his unfathomable pockets another stopperedjar of evil spirit.

This was her story.

I have always been a gambler. It's a skill that comes naturally to me likethieving and loving. What I didn't know by instinct I picked up from working theCasino, from watching others play and learning what it is that people value andtherefore what it is they will risk. I learned how to put a challenge in such away as to make it irresistible. We gamble with the hope of winning. But it's thethought of what we might lose that excites us.

How you play is a temperamental thing; cards, dice, dominoes, jacks, suchpreferences are frills merely. All gamblers sweat. I come from the city ofchances, where everything is possible but where everything has a price. In thiscity great fortunes are won and lost overnight. It has always been so. Shipsthat carry silk and spices sink, the servant betrays the master, the secret isout and the bell tolls another accidental death. But penniless adventurers havealways been welcome here too, they are good luck and very often their good luckrubs off on themselves. Some who come on foot leave on horseback and others whotrumpeted their estate beg on the Rialto. It has always been so.

The astute gambler always keeps something back, something to play with anothertime; a pocket watch, a hunting dog. But the Devil's gambler keeps backsomething precious, something to gamble with only once in a lifetime. Behind thesecret panel he keeps it, the valuable, fabulous thing that no one suspects hehas.

I knew a man like that; not a drunkard sniffing after every wager nor an addictstripping the clothes off his back rather than go home. A thoughtful man whothey say had trade with gold and death. He lost heavily, as gamblers do; he wonsurprisingly, as gamblers do, but he never showed much emotion, never led me tosuspect that much important was at stake. A hobbyist, I thought, dismissing him.You see, I like passion, I like to be among the desperate.

I was wrong to dismiss him. He was waiting for the wager that would seduce himinto risking what he valued. He was a true gambler, he was prepared to risk thevaluable, fabulous thing but not for a dog or a cock or the casual dice.

On a quiet evening, when the tables were half empty and the domino sets lay intheir boxes, he was there, wandering, fluttering, drinking and flirting.

Then a man came into the room, not one of our regulars, not one any of us knew,and after a few half-hearted games of chance he spied this figure and engagedhim in conversation. They talked for upwards of half an hour and so intentlythat we thought they must be old friends and lost our curiosity in theassumption of habit. But the rich man with his strangely bowed companion by hisside asked leave to make an announcement, a most remarkable wager, and wecleared the central floor and let him speak.

It seemed that his companion, this stranger, had come from the wastes of theLevant, where exotic lizards breed and all is unusual. In his country, no manbothered with paltry fortunes at the gaming table, they played for higherstakes.

The wager was a life. The winner should take the life of the loser in whatsoeverway he chose. However slowly he chose, with whatever instruments he chose. Whatwas certain was that only one life would be spared.

Our rich friend was clearly excited. His eyes looked past the faces and tablesof the gaming room into a space we could not inhabit; into the space of pain andloss. What could it matter to him that he might lose fortunes?

He had fortunes to lose.

What could it matter to him that he might lose mistresses?

There are women enough.

What would it matter to him that he might lose his life?

He had one life. He cherished it.

There were those that night who begged him not to go on with it, who saw asinister aspect in this unknown old man, who were perhaps afraid of being madethe same offer and of refusing.

What you risk reveals what you value.

A game of three.

The first, the roulette, where only fate is queen.

The second, the cards, where skill has some part.

The third, the dominoes, where skill is paramount and chance is there indisguise.

Will she wear your colours?

This is the city of disguises.

The terms were agreed and strictly supervised. The winner was two out of threeor in the event of some onlooker crying Nay! a tie, chosen at random, by themanager of the Casino.

The terms seemed fair. More than fair in this cheating world, but there werestill some who felt uneasy about the unknown man, unassuming and unthreateningas he seemed.

If the Devil plays dice, will he come like this?

Will he come so quietly and whisper in our ear?

If he came as an angel of light, we should be immediately on our guard.

The word was given: Play on.

We drank throughout the first game, watching the red and black spin under ourhands, watching the bright streak of metal dally with one number, then another,innocent of win or lose. At first it seemed as though our rich friend must win,but at the last moment the ball sprang out of its slot and spun again with thatdwindling sickening sound that marks the last possible change.

The wheel came to rest.

It was the stranger whom fortune loved.

There was a moment's silence, we expected some sign, some worry on one part,some satisfaction on another, but with faces of wax, the two men got up andwalked to the optimistic baize. The cards. No man knows what they may hold. Aman must trust his hand.

Swift dealing. These were accustomed to the game.

They played for perhaps an hour and we drank. Drank to keep our lips wet, ourlips that dried every time a card fell and the stranger seemed doomed tovictory. There was an odd sense in the room that the stranger must not win, thatfor all our sakes he must lose. We willed our rich friend to weld his wits withhis luck and he did.

At the cards, he won and they were even.

The two men met each other's gaze for a moment before they seated themselves infront of the dominoes and in each face was something of the other. Our richfriend had assumed a more calculating expression, while his challenger's facewas more thoughtful, less wolfish than before.

It was clear from the start that they were evenly matched at this game too. Theyplayed deftly, judging the gaps and the numbers, making lightning calculations,baffling each other. We had stopped drinking. There was neither sound normovement save the clicking of the dominoes on the marble table.

It was past midnight. I heard the water lapping at the stones below. I heard mysalvia in my throat. I heard the dominoes clicking on the marble table.

There were no dominoes left. No gaps.

The stranger had won.