Title
Scorecasting
Subtitle
The Hidden Influences Behind How Sports Are Played and Games Are Won
Author
Tobias J. Moskowitz and L. Jon Wertheim

Title
Scorecasting
Subtitle
The Hidden Influences Behind How Sports Are Played and Games Are Won
Author
Tobias J. Moskowitz and L. Jon Wertheim

Analyzes hidden influences and subtle biases that shape sports plays, covering such topics as performance pressures, the "home field advantage," and the overpayment of athletic talent. 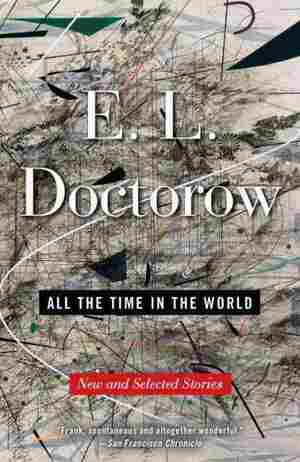 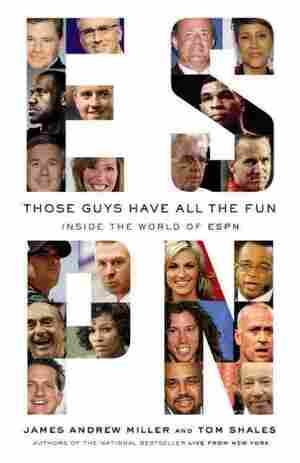 July 20, 2011 • The best sports writing drags readers out of their armchairs and onto the field. Here are five books that do just that — with a few detours into the locker room along the way. 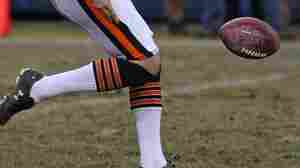 Brad Maynard of the Chicago Bears punts the ball against the New York Jets on Dec. 26 at Soldier Field in Chicago. The authors of Scorecasting say statistics show that running a play on fourth down instead of punting can be more effective at getting points, contrary to common belief. Jonathan Daniel/Getty Images Sport hide caption

January 28, 2011 • Punting the ball on fourth down seems like tried-and-true football wisdom. But the authors of Scorecasting argue that like many sports cliches, this one is based more on perceptions than on hard evidence. 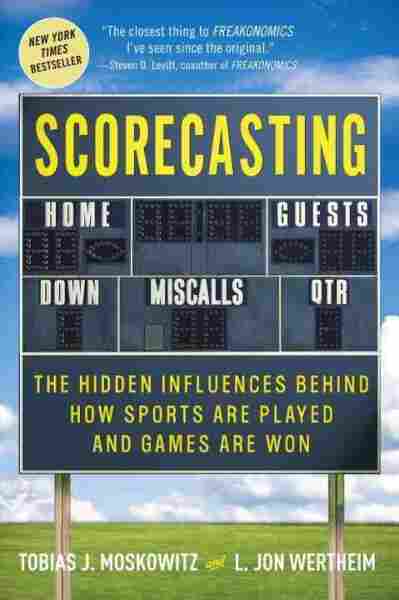 THE CURSE OF THE NO. 1 DRAFT PICK

In 2004 Richard Thaler, a professor of behavioral economics at the University of Chicago, and Cade Massey at Yale were watching the NFL draft. With the first pick, the Chargers chose quarterback Eli Manning, the brother of perhaps the best quarterback in the league, Peyton Manning, and the son of longtime NFL quarterback Archie Manning. The Giants held the number four pick and were in the market for a premier quarterback as well. It was no secret they coveted Manning.

During the 15 minutes the Giants had to make their selection, they were ambushed with two very different options. Option 1 was to make a trade with San Diego in which the Giants would first draft Philip Rivers — considered the second best quarterback in the draft — and then swap him for Manning plus give up their third-round pick (number 65) that year as well as their first- and fifth-round picks in the 2005 draft. Option 2 was to trade down with the Cleveland Browns, who held the seventh pick and also wanted a quarterback. At number seven, the Giants probably would draft the consensus third best quarterback in the draft, Ben Roethlisberger. In exchange for moving down, the Giants would also receive from Cleveland their second round pick (number 37) that year.

The Giants chose the first option, which meant they effectively considered Manning to be worth more than Roethlisberger and four additional players.

To the two economists, however, this seemed like an extraordinarily steep price. But after collecting data from the NFL draft over the previous 13 years and looking at trades made on draft day as well as the compensation — salaries plus bonuses — paid to top picks, they found that the Manning trade was anything but unusual. As a matter of routine, if not rule, teams paid huge prices in terms of current and future picks to move up in the draft. They also paid dearly for contracts with those players.

Not only did Manning cost the Giants four other players — one of whom turned out to be All Pro linebacker Shawne Merriman — but he was also given a six-year, $54-million contract. Compare this to Roethlisberger’s compensation. Ultimately drafted 11th by the Steelers, he received $22.26 million over six years.

Thaler and Massey found that historically, the number one pick in the draft is paid about 80% — 80%! — more than the 11th pick on the initial contract. The economists also found that the inflated values teams were assigning to high picks were remarkably, if not unbelievably, consistent. No matter the circumstances or a team’s needs, teams routinely assigned the same value to the same pick.

The economists looked at each player’s probability of making the roster, his number of starts, and his likelihood of making the Pro Bowl. They found that higher picks were better than lower picks on average and that first rounders on average post better numbers than second rounders, who in turn post better stats than third-round draft picks, and so on.

In other words, selecting the consensus top player at a specific position versus the consensus fourth best player at that position increases performance, measured by the number of starts, by only 6%. And even this is understating the case, since the number one pick is afforded more chances/more starts simply because the team has invested so much money in him. Yet teams will end up paying, in terms of both players and dollars, as much as four or five times more to get that first player relative to the fourth player. Was Manning really 50% better than Rivers and twice as good as Roethlisberger? You’d be hard put to convince anyone that Manning is appreciably more valuable than Rivers or Roethlisberger; in any event, he’s certainly not twice as valuable.

Yet this pattern persists year after year. Is having the top pick in the NFL draft such a stroke of good fortune? It’s essentially a coin flip, but not in the traditional sense. Heads, you win a dime; tails, you lose a quarter. Massey and Thaler go so far as to contend that once you factor in salary, the first pick in the entire draft is worth less than the first pick in the second round.