In a novel of love, family inheritance, and desperation, the author offers a fictional account of Virginia Woolf's last days and her friendship with a poet living in his mother's shadow.

NPR stories about The Hours

November 27, 2006 • Michael Cunningham is the author of five novels and one non-fiction book. His most recent novel, Specimen Days, weaves the lives of three characters with the life of Walt Whitman. Cunningham won the 1999 Pulitzer Prize for Fiction and the PEN/Faulkner Award for his 1999 novel The Hours. 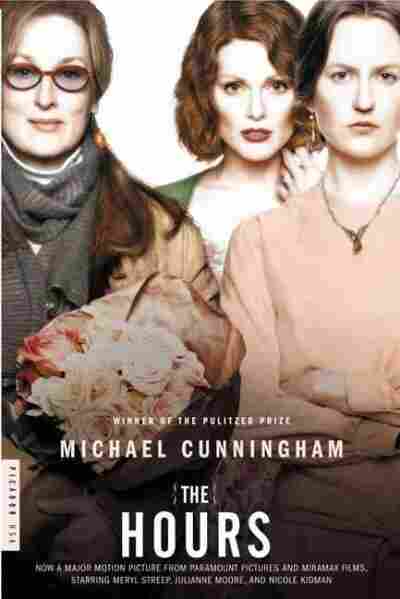 She hurries from the house, wearing a coat too heavy for theweather. It is 1941. Another war has begun. She has left a notefor Leonard, and another for Vanessa. She walks purposefullytoward the river, certain of what she'll do, but even now sheis almost distracted by the sight of the downs, the church, anda scattering of sheep, incandescent, tinged with a faint hint ofsulfur, grazing under a darkening sky. She pauses, watching thesheep and the sky, then walks on. The voices murmur behindher; bombers drone in the sky, though she looks for the planesand can't see them. She walks past one of the farm workers (ishis name John?), a robust, small-headed man wearing a potato-coloredvest, cleaning the ditch that runs through the osier bed.He looks up at her, nods, looks down again into the brownwater. As she passes him on her way to the river she thinks ofhow successful he is, how fortunate, to be cleaning a ditch inan osier bed. She herself has failed. She is not a writer at all,really; she is merely a gifted eccentric. Patches of sky shine inpuddles left over from last night's rain. Her shoes sink slightlyinto the soft earth. She has failed, and now the voices are back,muttering indistinctly just beyond the range of her vision, behindher, here, no, turn and they've gone somewhere else. Thevoices are back and the headache is approaching as surely asrain, the headache that will crush whatever is she and replaceher with itself. The headache is approaching and it seems (isshe or is she not conjuring them herself?) that the bombershave appeared again in the sky. She reaches the embankment,climbs over and down again to the river. There's a fishermanupriver, far away, he won't notice her, will he? She beginssearching for a stone. She works quickly but methodically, asif she were following a recipe that must be obeyed scrupulouslyif it's to succeed at all. She selects one roughly the size andshape of a pig's skull. Even as she lifts it and forces it into oneof the pockets of her coat (the fur collar tickles her neck), shecan't help noticing the stone's cold chalkiness and its color, amilky brown with spots of green. She stands close to the edgeof the river, which laps against the bank, filling the small irregularitiesin the mud with clear water that might be a differentsubstance altogether from the yellow-brown, dappled stuff,solid-looking as a road, that extends so steadily from bank tobank. She steps forward. She does not remove her shoes. Thewater is cold, but not unbearably so. She pauses, standing incold water up to her knees. She thinks of Leonard. She thinksof his hands and his beard, the deep lines around his mouth.

She thinks of Vanessa, of the children, of Vita and Ethel: Somany. They have all failed, haven't they? She is suddenly, immenselysorry for them. She imagines turning around, takingthe stone out of her pocket, going back to the house. She couldprobably return in time to destroy the notes. She could liveon; she could perform that final kindness. Standing knee-deepin the moving water, she decides against it. The voices are here,the headache is coming, and if she restores herself to the careof Leonard and Vanessa they won't let her go again, will they?She decides to insist that they let her go. She wades awkwardly(the bottom is mucky) out until she is up to her waist. Sheglances upriver at the fisherman, who is wearing a red jacketand who does not see her. The yellow surface of the river(more yellow than brown when seen this close) murkily reflectsthe sky. Here, then, is the last moment of true perception, aman fishing in a red jacket and a cloudy sky reflected on opaquewater. Almost involuntarily (it feels involuntary, to her) shesteps or stumbles forward, and the stone pulls her in. For amoment, still, it seems like nothing; it seems like another failure;just chill water she can easily swim back out of; but thenthe current wraps itself around her and takes her with suchsudden, muscular force it feels as if a strong man has risen fromthe bottom, grabbed her legs and held them to his chest. Itfeels personal.

More than an hour later, her husband returns from the garden."Madame went out," the maid says, plumping a shabbypillow that releases a miniature storm of down. "She said she'dbe back soon."

Leonard goes upstairs to the sitting room to listen to thenews. He finds a blue envelope, addressed to him, on the table.Inside is a letter.

Dearest,
I feel certain that I am going
mad again: I feel we can't go
through another of these terrible times.
And I shant recover this time. I begin
to hear voices, and cant concentrate.
So I am doing what seems the best thing to do. You have
given me
the greatest possible happiness. You
have been in every way all that anyone
could be. I dont think two
people could have been happier till
this terrible disease came. I cant
fight it any longer, I know that I am
spoiling your life, that without me you
could work. And you will I know.
You see I cant even write this properly. I
cant read. What I want to say is that
I owe all the happiness of my life to you.
You have been entirely patient with me &
incredibly good. I want to say that--
everybody knows it. If anybody could
have saved me it would have been you.
Everything has gone from me but the
certainty of your goodness. I
cant go on spoiling your life any longer. I dont think two
people
could have been happier than we have been. V.

Leonard races from the room, runs downstairs. He says to themaid, "I think something has happened to Mrs. Woolf. I thinkshe may have tried to kill herself. Which way did she go? Didyou see her leave the house?"

The maid, panicked, begins to cry. Leonard rushes out andgoes to the river, past the church and the sheep, past the osierbed. At the riverbank he finds no one but a man in a red jacket,fishing.

She is borne quickly along by the current. She appears to beflying, a fantastic figure, arms outstretched, hair streaming, thetail of the fur coat billowing behind. She floats, heavily,through shafts of brown, granular light. She does not travel far.Her feet (the shoes are gone) strike the bottom occasionally,and when they do they summon up a sluggish cloud of muck,filled with the black silhouettes of leaf skeletons, that stands allbut stationary in the water after she has passed along out ofsight. Stripes of green-black weed catch in her hair and the furof her coat, and for a while her eyes are blindfolded by a thickswatch of weed, which finally loosens itself and floats, twistingand untwisting and twisting again.

She comes to rest, eventually, against one of the pilings ofthe bridge at Southease. The current presses her, worries her,but she is firmly positioned at the base of the squat, squarecolumn, with her back to the river and her face against thestone. She curls there with one arm folded against her chestand the other afloat over the rise of her hip. Some distanceabove her is the bright, rippled surface. The sky reflects unsteadilythere, white and heavy with clouds, traversed by theblack cutout shapes of rooks. Cars and trucks rumble over thebridge. A small boy, no older than three, crossing the bridgewith his mother, stops at the rail, crouches, and pushes the stickhe's been carrying between the slats of the railing so it will fallinto the water. His mother urges him along but he insists onstaying awhile, watching the stick as the current takes it.

Here they are, on a day early in the Second World War: theboy and his mother on the bridge, the stick floating over thewater's surface, and Virginia's body at the river's bottom, as ifshe is dreaming of the surface, the stick, the boy and hismother, the sky and the rooks. An olive-drab truck rolls acrossthe bridge, loaded with soldiers in uniform, who wave to theboy who has just thrown the stick. He waves back. He demandsthat his mother pick him up so he can see the soldiersbetter; so he will be more visible to them. All this enters thebridge, resounds through its wood and stone, and enters Virginia'sbody. Her face, pressed sideways to the piling, absorbsit all: the truck and the soldiers, the mother and the child.