Accessibility links
Letters from Eden NPR coverage of Letters from Eden: A Year at Home, in the Woods by Julie Zickefoose. News, author interviews, critics' picks and more.

A compilation of paintings, drawings, and essays based on the artist's and naturalist's daily walks around her southern Ohio home offers an illuminating study of the wildlife of the region and of the interactions among people and animals, including coyotes, wild turkeys, box turtles, and a bird-eating bullfrog.

NPR stories about Letters from Eden

A Morel Quandary? Where To Find Them

April 9, 2009 • Across the northern tier of the US, mushroom hunting--particularly for the prized morel mushroom--is coming into full swing. Commentator Julie Zickefoose revels in the mushrooms that populate her woodland and sizzle on the stovetop.

A Morel Quandary? Where To Find Them

January 14, 2009 • Part of becoming attuned to nature is being aware that wild creatures are more alert to our doings than we are to theirs. There's not much that birds, in particular, don't notice. Commentator Julie Zickefoose shares a few stories of birds ... watching people.

December 15, 2008 • At 50, Julie Zickefoose suddenly finds herself as hidden to society as the elastic now found in the waistbands of her pants. But rather than adopting a wardrobe of purple boas in an attempt to stand out, she explores the potential of her newfound age of invisibility.

November 17, 2007 • Read an excerpt from Letters From Eden: A Year at Home, in the Woodsby Julie Zickefoose.

November 27, 2006 • This baker's dozen of picks for the booklovers on your list spans a range from American masters to Mexican pinups, panoramas to punk rock, cartoons to caterpillars. Why ask why? Enjoy! 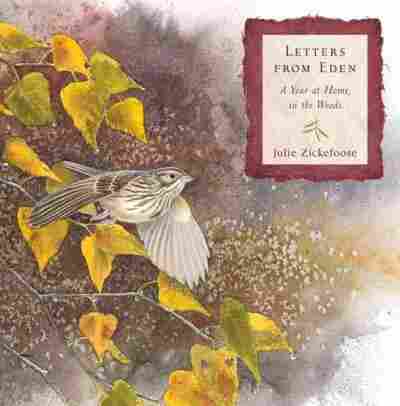