Accessibility links
On Writing NPR coverage of On Writing: A Memoir of the Craft by Stephen King. News, author interviews, critics' picks and more.

A Memoir of the Craft

The author shares his insights into the craft of writing and offers a humorous perspective on his own experience as a writer.

NPR stories about On Writing 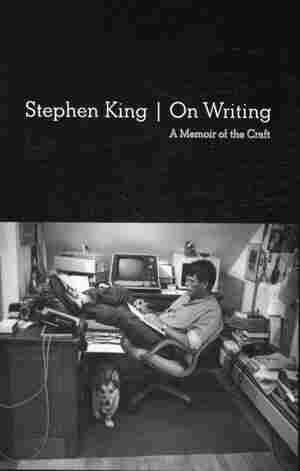 April 18, 2012 • Jonathan Gottschall is an English professor fed up with academia's ugly jargon. He recommends three books that help writers with their prose. Has a book ever helped you with your composition skills? Tell us about it in the comments. 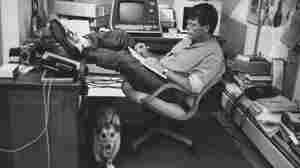 Stephen King working at his home office in Maine in the 1980s. Scribner hide caption

July 2, 2010 • While writer Stephen King was recovering from a near-fatal car accident, he finished a nonfiction book about the craft of writing. In a 2000 interview with Terry Gross, King talked about the demons that haunted him after the accident — and how writing helped his recovery process.

November 13, 2008 • After a flirtation with literary fiction, King returns with Just After Sunset, a collection of lurid, gore-spattered tales that can be both horrifying and heartbreaking. 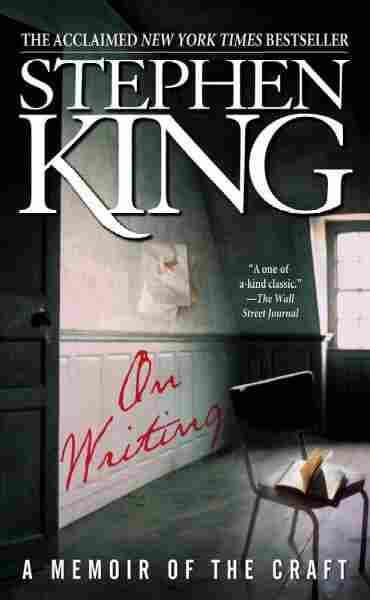 I actually began On Writing in November or December of 1997, and although it usually takes me only three months to finish the first draft of a book, this one was still only half-completed eighteen months later. That was because I'd put it aside in February or March of 1998, not sure how to continue, or if I should continue at all. Writing fiction was almost as much fun as it had ever been, but every word of the nonfiction book was a kind of torture. It was the first book I had put aside uncompleted since The Stand, and On Writing spent a lot longer in the desk drawer.

In June of 1999, I decided to spend the summer finishing the damn writing book — let Susan Moldow and Nan Graham at Scribner decide if it was good or bad, I thought. I read the manuscript over, prepared for the worst, and discovered I actually sort of liked what I had. The road to finishing it seemed clear-cut, too. I had finished the memoir ("C.V."), which attempted to show some of the incidents and life-situations which made me into the sort of writer I turned out to be, and I had covered the mechanics — those that seemed most important to me, at least. What remained to be done was the key section, "On Writing," where I'd try to answer some of the questions I'd been asked in seminars and at speaking engagements, plus all those I wish I'd been asked...those questions about the language.

On the night of June seventeenth, blissfully unaware that I was now less than forty-eight hours from my little date with Bryan Smith (not to mention Bullet the rottweiler), I sat down at our dining room table and listed all the questions I wanted to answer, all the points I wanted to address. On the eighteenth, I wrote the first four pages of the "On Writing" section. That was where the work still stood in late July, when I decided I'd better get back to work...or at least try.

I didn't want to go back to work. I was in a lot of pain, unable to bend my right knee, and restricted to a walker. I couldn't imagine sitting behind a desk for long, even in my wheelchair. Because of my cataclysmically smashed hip, sitting was torture after forty minutes or so, impossible after an hour and a quarter. Added to this was the book itself, which seemed more daunting than ever — how was I supposed to write about dialogue, character, and getting an agent when the most pressing thing in my world was how long until the next dose of Percocet?

Yet at the same time I felt I'd reached one of those crossroads moments when you're all out of choices. And I had been in terrible situations before which the writing had helped me get over — had helped me forget myself for at least a little while. Perhaps it would help me again. It seemed ridiculous to think it might be so, given the level of my pain and physical incapacitation, but there was that voice in the back of my mind, both patient and implacable, telling me that, in the words of the Chambers Brothers, Time Has Come Today. It's possible for me to disobey that voice, but very difficult to disbelieve it.

In the end it was Tabby who cast the deciding vote, as she so often has at crucial moments in my life. I'd like to think I've done the same for her from time to time, because it seems to me that one of the things marriage is about is casting the tiebreaking vote when you just can't decide what you should do next.

My wife is the person in my life who's most likely to say I'm working too hard, it's time to slow down, stay away from that damn PowerBook for a little while, Steve, give it a rest. When I told her on that July morning that I thought I'd better go back to work, I expected a lecture. Instead, she asked me where I wanted to set up. I told her I didn't know, hadn't even thought about it.

She thought about it, then said: "I can rig a table for you in the back hall, outside the pantry. There are plenty of plug-ins — you can have your Mac, the little printer, and a fan." The fan was certainly a must — it had been a terrifically hot summer, and on the day I went back to work, the temperature outside was ninety-five. It wasn't much cooler in the back hall.

Tabby spent a couple of hours putting things together, and that afternoon at four o'clock she rolled me out through the kitchen and down the newly installed wheelchair ramp into the back hall. She had made me a wonderful little nest there: laptop and printer connected side by side, table lamp, manuscript (with my notes from the month before placed neatly on top), pens, reference materials. Standing on the corner of the desk was a framed picture of our younger son, which she had taken earlier that summer.

"It's gorgeous," I said, and hugged her. It was gorgeous. So is she.

The former Tabitha Spruce of Oldtown, Maine, knows when I'm working too hard, but she also knows that sometimes its the work that bails me out. She got me positioned at the table, kissed me on the temple, and then left me there to find out if I had anything left to say. It turned out I did.