When a disoriented and strangely familiar figure appears, wanting to write out a lengthy confession, Spokane police detective Caroline Mabry finds herself challenged to investigate a murder and the darkly intertwined lives of two men. Reprint. 15,000 first printing.

NPR stories about Land of the Blind

Excerpt: Land Of The Blind 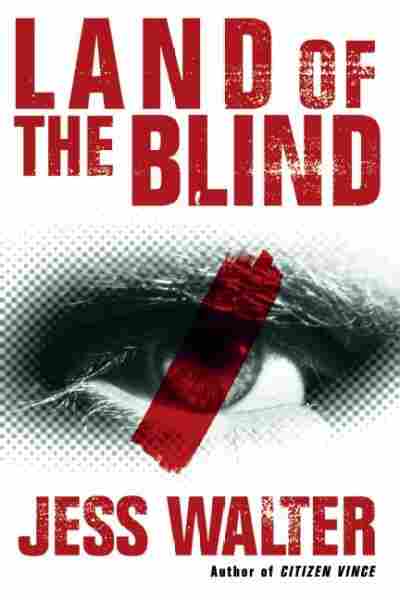 He sits alone in the interview room, his unshaven face in his hands, a guy about her age and not exactly bad looking, for a loon anyway. He's familiar and yet she can't place him. It is the kind of familiarity that grates like an unwelcome song. She gives him names: Dave. Steve. Rocco. It is none of these. The Loon wears dirty blue jeans and a long-sleeved black shirt with the top two buttons open. He is tall and square shouldered, and even though his clothes are a mess, they fit. They are not the clothes of a bum. He seems ... if not successful, at least employable. His hair is dark and long and tousled and the only thing keeping him from being handsome is a missed haircut or two.

And the eye patch, of course. The patch is black and covers his left eye, its strap slicing through his long hair. And even the eye patch isn't so much a flaw as an alarming accessory, making him seem untrustworthy and roguish. A pirate, Caroline thinks.

Caroline Mabry is a police detective, although for the last several months she has not been a very good one. She has burned out on the job or lost her way or stopped believing in it, and while her colleagues were polite at first, there were no illusions once she was put on swing shift — swig shift it is called, the refuge of burnouts and department drunks six months from retirement.

Certainly she's too young for swig shift, just thirty-seven, and yet here she is, stuck on a Friday night watching some lunatic sweat and shift and get his story as straight as his addled mind will allow. The Loon looks around the walls of Interview Two — her favorite, and even that is depressing, that she actually has a favorite interview room. It occurs to her that if she saw thispirate in a bar instead of sitting at a table in a police interview room, she would want to talk to him. Jesus. When did she begin looking at suspects and derelicts (not bad looking; employable) as potential romances?

The desk sergeant comes toward her with a clipboard.

"Nah. It's probably nothing, but if we don't talk to him and it turns out there's something here — " She doesn't finish the thought.

"Want me to stick around? Or I could send someone back."

"Nah," she says, "I got nothing else to do. I'll listen to his UFO story and then I'll call the bin."

The desk sergeant is only too happy to take an order that requires no work from him. "Your call."

Caroline turns back toward the interview room. "He wouldn't give you a name?"

"Yeah. No record. No warrants. Nothing. Just a guy who wants to talk."

"Does he look familiar to you?"

"Sure. He looks like a pirate." The sergeant walks back toward his desk ...

Caroline returns to the door of the interview room and watches the nervous guy chew his nails. That's what you get when you volunteer for swig shift — UFO abductions, ninja attacks, black helicopters, listening devices,ghosts, Bigfoot, transgender experiments, pirates, and worst of all, the perpetually, chronically, criminally lonesome: those loons flirting with the edge, tired and confused, and, above all, alone — snap-eyed, breathless people who claim to have information about a murder (usually Kennedy's or Princess Di's or Jimmy Hoffa's or Elvis's or Jesus') but who really just want to talk about when daylight savings time begins and why the Safeway moved and how the children never call and what channel Wheel of Fortune is on.

She watches this Loon, in his black shirt and eye patch, its strap nested in his bushy hair, and thinks there is something different about him, something she can't quite name. Of course, it could be nothing more than her fascination with the place he was arrested. The clipboard duly reports that This Particular Loon was picked up at 8:03 p.m. when patrol responded to a guy scaling the scaffolding of the old Davenport Hotel — the twelve-story Spanish Renaissance landmark that is the most famous building in Spokane, even though it has been sitting vacant the last fifteen years.

Like any native, Caroline has always known about the hotel, but she really became aware of it in college, when she was researching a paper on the writer Thomas Wolfe and found in his journals that he "arrived into Spokanein good time and to the Davenport Hotel and a bottle of Scotch and conversation," and left the next morning "west from Spokane through country being more barren all the time." The effect on Caroline of reading this entry was something like finding a picture of one's parents when they were young and good looking, and experiencing a shock and a sense of loss because they had once lived interesting lives. She was shocked to find that her hometown was considered — in the 1920s, at least — Seattle's jazzy sister, that Teddy Roosevelt and Charles Lindbergh and Ethel Barrymore had happily come by rail, that Calvin Coolidge and Douglas Fairbanks and Amelia Earhart and, yes, Thomas Wolfe, looked forward to a night at the Davenport as an outpost between the deep forest and the desert scablands.

By the time Caroline was an adult the Davenport Hotel, like Spokane, was long out of style, stripped of its silver service and gilded furnishings, its gardens and tropical birdcages, and remodeled in the plastic-and-shag fashionof fifties motels, the final indignity being the family swimming pool that replaced the rooftop tennis courts and putting greens ...