Five days after a terrorist attack decimates his home city, Brian Remy struggles with gaps in his memory pertaining to a self-inflicted gunshot wound, a girlfriend whose name he does not know, deteriorating eyesight, and a new job with a shadowy intelligence operation.

NPR stories about The Zero 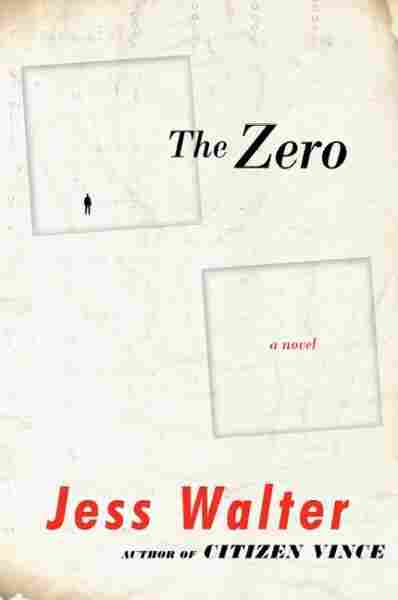 They burst into the sky, every bird in creation, angry and agitated, awakened by the same primary thought, erupting in a white feathered cloudburst, anxious and graceful, angling in ever-tightening circles toward the ground, drifting close enough to touch, and then close enough to see that it wasn't a flock of birds at all—it was paper. Burning scraps of paper. All the little birds were paper. Fluttering and circling and growing bigger, falling bits and frantic sheets, some smoking, corners scorched, flaring in the open air until there was nothing left but a fine black edge . . . and then gone, a hole and nothing but the faint memory of smoke. Behind the burning flock came a great wail and a moan as seething black unfurled, the world inside out, birds beating against a roiling sky and in that moment everything that wasn't smoke was paper. And it was beautiful.

"Brian? Is everything okay in there?"

Brian Remy's eyes streaked and flaked and finally jimmied open to the floor of his apartment. He was lying on his side, panning across a fuzzy tree line of carpet fiber. From this, the world focused into being one piece at a time: Boots caked in dried mud. Pizza boxes. Newspapers. A glass. And something just out of range . . .

The flecks in his eyes alerted and scattered and his focus adjusted again: sorrow of sorrows, an empty Knob Creek bottle. They were both tipped over on their right sides on the rug, parallel to one another, the whiskey fifth and him. In this together, apparently. He told himself to breathe, and managed a rusty-lunged wheeze. He blinked and the streaks and floaters ran across his eyes for cover. Outside Remy's apartment, Mrs. Lubach yelled again. "Brian, I heard a bang! Is everything okay?"

Remy had heard no bang himself, although he tended to believe literalists like Mrs. Lubach. Anyway, a bang of some sort would explain the muffled ringing in his ears. And how it hurt to move his head. He strained to raise his chin and saw, to his right, just past the bottle, his handgun, inert and capable of nothing but lying among the crumbs and hairs on his carpet. If he waited long enough, a rubber-gloved hand would pick it up by the butt and drop it in a Ziploc, tagged and bagged—and him too, as long he didn't move, a bigger bag, but the same—thick plastic the last thing he smelled before the last sigh of the reefer truck door.

Mrs. Lubach's voice came muffled from behind the door: "Brian? I'm going to call the police."

"I am the police." His own voice was tinny and small inside his skull; he wasn't sure the words had actually come out of his mouth.

He sat up on the floor and looked around his studio apartment: collapsed futon, patched plaster walls, paint-sealed windows. He put his hand against the left side of his head. His hair was sticky and matted, as if he'd been lying in syrup. He pulled his hand away. Sure. Blood.

He called to the door, louder: "Just a minute, Mrs. Lubach."

Brian Remy stood, queasy and weak, trying once again to find the loose string between cause and effect—long day, drink, sorrow, gunshot, fatigue. Or some other order. Steadied on the stove, he grabbed a dish towel and held its fringed end against his head. He looked back at the table and could see it all laid out before him, like the set of a student play. A kitchen chair was tipped over, and on the small table where he had been sitting, a self-determinate still life: rag, shot glass, gun oil, wire brush, note.

Okay. This was the problem. These gaps in his memory, or perhaps his life, a series of skips—long shredded tears, empty spaces where the explanations for the most basic things used to be. For a moment he tried to puzzle over it all, the way he might have considered a problem on the job. Cleaning oil might indicate an accident, but the note? What lunatic has ever written a note before . . .

Well, that was funny. He didn't recall being so funny. And yet there it was, in his own handwriting. Okay. He was getting somewhere. Whatever had happened, whatever he'd done, it was funny. Remy stuffed the note in his pocket, then righted the chair and bent over to pick up his nine, wobbled, set the safety, and laid the gun gently on the table.

"I'm coming." He followed the path to the wall and put his finger in the fresh hole in the brick behind his chair. Then he stepped away from the wall and held the dish towel to his head, braced against a slithering jolt of pain, and when it passed, walked to the door. He opened it a crack on the hallway outside his apartment, Mrs. Lubach's orange face filling the gap between door and jamb.

"Brian? Is everything okay? It's three o'clock in the morning."

"There are noise ordinances, Brian." Her voice echoed a split second behind the movement of her mouth, like a badly translated movie. "Rules," she continued. "And that bang. People work. We have jangly nerves, Brian. If you're not hurt, then it's inconsiderate, all that noise."

Mrs. Lubach ignored him. "Just imagine what we thought that noise could have been." She was small and lean, with short straight white hair and wide features; her heavy makeup was painted on just a fraction off-center, giving her the look of a hastily painted figurine, or a foosball goalie. Before, she had been an accountant. Now, he thought he remembered, she wasn't sure what she would be. Would people just go back to the same jobs? As if nothing had happened? "For all we know the air might be combustible," she said now.