Having moved to his aunt's home in Massachusetts after being acquitted for murder in his hometown, David thinks that he'll be able to get his life back in order, yet with everyone in the community staring at him, David knows there is no escaping the events of the past. Reprint.

NPR stories about The Killer's Cousin

Nancy Werlin: Get Thee to a Bread Store

November 15, 2006 • Nancy Werlin is the author of six young adult novels. Her latest, The Rules of Survival, is a finalist for the 2006 National Book Awards for Young People's Literature. She lives near Boston, Massachusetts. 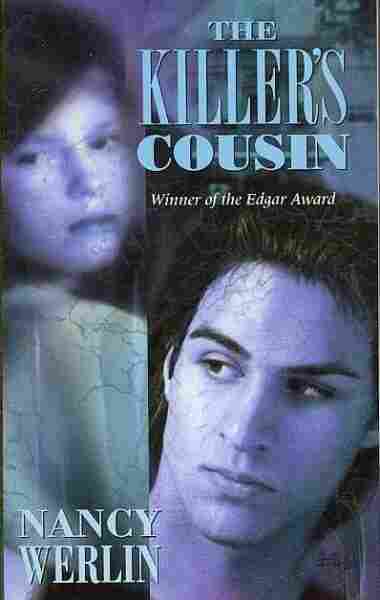 My father nodded. We looked at each other straight on for possibly the first time, neither of us looking away.

He said, "I was at the inquest. It--Kathy's death--was ugly. She ingested a glass of cleaning solvent. Ammonia of some kind. She was taking a bubble bath, and apparently had the glass all ready next to the tub. She drank half of it--more wasn't required. It burned out her throat, and she sank down under the water. The actual cause of death was drowning. There was water in her lungs.

"And Lily . . . Well, Kathy had locked the door to the attic but Lily knew where the key was. She had sneaked in before. She liked to hang out here when Kathy wasn't in."

Now, that sounded like Lily to me. "So she thought Kathy was out?" I asked.

"I think so," said my father. "Her testimony was a little confused. She was only seven. The judge was very gentle with her."

"At first she didn't realize Kathy was there. The bathroom door was closed. Then she heard a noise . . . probably the glass crashing to the floor." My mother made a sound, a soft involuntary mew, and my father paused for a moment, glancing at her, before continuing.

"Lily said she burst into the bathroom--yelling 'Boo!' or something. The bathroom door wasn't locked. You understand that it would all have happened very quickly. Kathy would have been beneath the water already. Lily said she thought Kathy was playing a game, holding her breath under the water. But she didn't come up."

The ice cream I'd eaten earlier threatened to push its way back up my throat.

"Lily even tried to pick up the glass," my father said. "But of course it had shattered on the tile when Kathy dropped it, so Lily's hands got cut up. And her knees . . . She kept saying it was her fault. Children that age, they often think they're responsible for everything."

I had a vivid picture of Lily kneeling on the shards by the tub, pulling desperately at Kathy. "Okay," I said. "That's enough." But then I thought of something else.

"This was about Kathy's boyfriend?" I asked. "The one who dumped her?"

"Well," said my father, the stickler for detail, "that's what the inquest concluded. The letter from him was on the kitchen counter."

I asked, "Did Kathy write a note or something?"

"No," he said, then added, "I wish she had. It would have been . . . not easier, perhaps, but more final." He shrugged. "People usually leave letters, but not always. This could have been a sudden impulse. Probably Kathy didn't really intend to die. Just to get sick. To scare her boyfriend, perhaps. And maybe Vic and Julia, too. They'd been fighting."

I found myself staring across the room into the bathroom. Its door was ajar, and I could see the edge of the tub inside.

"Why were Vic and Julia fighting with Kathy?" I asked.

"They'd been fighting since she dropped out of college," my mother said. "She'd been commuting to U. Mass, Boston. Do you remember?"

"Something, yeah," I said. What I suddenly did remember were my mother's comments about it. Julia won't pull her claws out of Kathy. Mark my words: That girl will never get away.

"So they were angry at Kathy for dropping out of school?" I asked.

"Yes. They'd been letting her live here rent free. But when she dropped out and got a job, Julia said she had to start paying." My mother's tone dripped disapproval.

"That doesn't sound unreasonable," I said, and heard my father's grunt of agreement.

"She wasn't earning very much money," retorted my mother. "And I think, with a little understanding and support, she would have gone back to school. But Julia's attitude made her dig in harder. Julia always makes you want to do the opposite of what she says."

That was true. I moved on. "So they fought about college and about rent money? And Julia and Vic were in agreement?"

"At first, Vic didn't take the rent money from Kathy. She'd give him a check and he'd deposit it, but then he'd give her back the cash. Julia didn't know."

"Tell him, Eileen," said my father.

"I was going to!" my mother said. But then she sighed. "Oh, God. This is embarrassing. David, it was my idea. Vic asked me about charging Kathy rent . . . he wasn't sure . . . so I told him to give Kathy back the money. Secretly."

"It was a spectacular piece of meddling," observed my father calmly. "Your mother outdid herself."

"I was only thinking of Kathy!" my mother protested.

"You were thinking of needling Julia, and you know it."

"Julia found out?" I asked, even though I already knew. It explained so much.

"Shut up, Stuart," said my mother. "Yes, David, she found out. Kathy told her--yelled it at her--in the middle of a fight."

I could picture it. Perhaps they had had that fight right here, in this living room. Perhaps Julia had said, Your father and I . . . and Kathy had flung back, Dad doesn't agree with you! He agrees with me! Do you know what he does? Do you know . . .

It was odd. I could almost hear her. Almost see her as she screamed at Julia, her shoulders stiff like Lily's so often were. Kathy? I thought. Kathy, are you there? Are you here?

I heard it then, plainly. Clearly. The humming.

I said, "It's okay," and I heard her sigh. I listened as my mother told the rest of the story.

After the incident over the rent, Kathy had begun paying for real. Julia collected the checks, and kept a sharp eye on the checking account to ensure that Vic gave Kathy no extra money. My mother believed that this, and not Kathy's death, was the true beginning of Vic and Julia's estrangement. And then Kathy's new boyfriend had entered the scene.

"He wasn't a nice Catholic boy," said my mother. "Or even a nice Jewish boy. But I don't know a lot about it. My brother . . . wasn't talking very much to me right then. He had long hair. The boy, I mean." Her eyes skittered away from my own hair, longer than it had ever been. "An earring too. Of course no job. And of course they were . . ." She gave me a quick look, swallowed, and finished bravely. ". . . having sex."

It was an odd moment to realize I loved her, my sturdily Catholic--despite the conversion--mother; I grinned at her. For a second, as our eyes held, I thought we might both laugh. Then she ducked her head. "Well. It was all perfectly ordinary, really. Julia overreacted. Anyway, it only lasted three months. But by the end, nobody was talking, even to argue."

I said quickly, "And then Kathy died."

After a while, my parents went to bed, and I flung myself onto the sofa. Then I got up, and prowled into the bathroom; looked at the tub. It needed a good scrubbing. I had never bothered.

If I closed my eyes I could almost see Kathy there. See the shadow; hear the humming.

All at once I couldn't bear being in the house. I put on my running clothes and headed out, fast.

The Shaughnessy apartment was dark. The only indication that Vic and Julia were there was the fact that their bedroom door was closed.

Lily's door was also shut. For some reason I paused outside it for a few seconds. It wasn't all Lily's fault that she was so odd. Terrible things had happened in her short life.

I was halfway down the stairs when I realized that I hadn't asked my parents about Lily. What had been going on with her while Kathy quit school, got a job and a boyfriend, and fought with her parents? Very likely my mother and father would not have known. What was there to know about a seven-year-old? That she had been in second grade? That she had liked to sneak into the attic where her big sister lived, to play at being grown-up?

I should live here, Lily had said of the attic, on the day I moved in. It's all wrong.

And then I wondered: Why would she want to live in the place where she'd seen her sister die?