NPR stories about The Book Thief 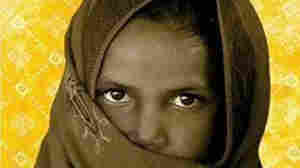 November 11, 2010 • The best stories creep under your skin and stay there. Kathryn Erskine recommends three gripping, unsettling reads with resolute, compelling narrators. These are stories that you just can't shake.

April 2, 2006 • NPR's John Ydstie interviews Markus Zusak, author of The Book Thief, a novel set in World War II Germany with Death himself as the narrator. The book tells the story of Liesel Meminger, a young girl who lives with a foster family in a tough, working-class neighborhood of Molching, Germany. 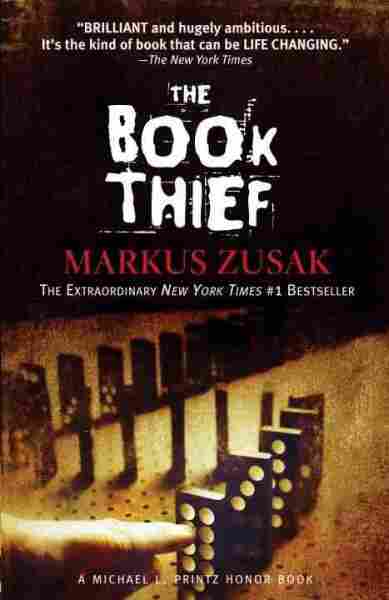 That's usually how I see things.

You are going to die.

I am in all truthfulness attempting to be cheerful about this whole topic, though most people find themselves hindered in believing me, no matter my protestations. Please, trust me. I most definitely can be cheerful. I can be amiable. Agreeable. Affable. And that's only the A's. Just don't ask me to be nice. Nice has nothing to do with me.

Does this worry you?

I'm nothing if not fair.

-- Of course, an introduction.

Where are my manners?

I could introduce myself properly, but it's not really necessary. You will know me well enough and soon enough, depending on a diverse range of variables. It suffices to say that at some point in time, I will be standing over you, as genially as possible. Your soul will be in my arms. A color will be perched on my shoulder. I will carry you gently away.

At that moment, you will be lying there (I rarely find people standing up). You will be caked in your own body. There might be a discovery; a scream will dribble down the air. The only sound I'll hear after that will be my own breathing, and the sound of the smell, of my footsteps.

The question is, what color will everything be at that moment when I come for you? What will the sky be saying?

Personally, I like a chocolate-colored sky. Dark, dark chocolate. People say it suits me. I do, however, try to enjoy every color I see — the whole spectrum. A billion or so flavors, none of them quite the same, and a sky to slowly suck on. It takes the edge off the stress. It helps me relax.

People observe the colors of a day only at its beginnings and ends, but to me it's quite clear that a day merges through a multitude of shades and intonations, with each passing moment. A single hour can consist of thousands of different colors. Waxy yellows, cloud-spat blues. Murky darknesses. In my line of work, I make it a point to notice them.

As I've been alluding to, my one saving grace is distraction. It keeps me sane. It helps me cope, considering the length of time I've been performing this job. The trouble is, who could ever replace me? Who could step in while I take a break in your stock-standard resort-style vacation destination, whether it be tropical or of the ski trip variety? The answer, of course, is nobody, which has prompted me to make a conscious, deliberate decision — to make distraction my vacation. Needless to say, I vacation in increments. In colors.

Still, it's possible that you might be asking, why does he even need a vacation? What does he need distraction from?

Which brings me to my next point.

It's the leftover humans.

They're the ones I can't stand to look at, although on many occasions I still fail. I deliberately seek out the colors to keep my mind off them, but now and then, I witness the ones who are left behind, crumbling among the jigsaw puzzle of realization, despair, and surprise. They have punctured hearts. They have beaten lungs.

Which in turn brings me to the subject I am telling you about tonight, or today, or whatever the hour and color. It's the story of one of those perpetual survivors — an expert at being left behind.

It's just a small story really, about, among other things:

* And quite a lot of thievery

BESIDE THE RAILWAY LINE

First up is something white. Of the blinding kind.

Some of you are most likely thinking that white is not really a color and all of that tired sort of nonsense. Well, I'm here to tell you that it is. White is without question a color, and personally, I don't think you want to argue with me.

Please, be calm, despite that previous threat.

I am all bluster —

I am not violent.

I am not malicious.

I am a result.

Yes, it was white.

It felt as though the whole globe was dressed in snow. Like it had pulled it on, the way you pull on a sweater. Next to the train line, footprints were sunken to their shins. Trees wore blankets of ice.

They couldn't just leave him on the ground. For now, it wasn't such a problem, but very soon, the track ahead would be cleared and the train would need to move on.

There were two guards.

There was one mother and her daughter.

The mother, the girl, and the corpse remained stubborn and silent.

The guards were tall and short. The tall one always spoke first, though he was not in charge. He looked at the smaller, rounder one. The one with the juicy red face.

"Well," was the response, "we can't just leave them like this, can we?"

The tall one was losing patience. "Why not?"

And the smaller one damn near exploded. He looked up at the tall one's chin and cried, "Spinnst du! Are you stupid?!" The abhorrence on his cheeks was growing thicker by the moment. His skin widened. "Come on," he said, traipsing over the snow. "We'll carry all three of them back on if we have to. We'll notify the next stop."

As for me, I had already made the most elementary of mistakes. I can't explain to you the severity of my self-disappointment. Originally, I'd done everything right:

I studied the blinding, white-snow sky who stood at the window of the moving train. I practically inhaled it, but still, I wavered. I buckled — I became interested. In the girl. Curiosity got the better of me, and I resigned myself to stay as long as my schedule allowed, and I watched.

Twenty-three minutes later, when the train was stopped, I climbed out with them.
A small soul was in my arms.

I stood a little to the right.

The dynamic train guard duo made their way back to the mother, the girl, and the small male corpse. I clearly remember that my breath was loud that day. I'm surprised the guards didn't notice me as they walked by. The world was sagging now, under the weight of all that snow.

Perhaps ten meters to my left, the pale, empty-stomached girl was standing, frost-stricken.

Her cold arms were folded.

Tears were frozen to the book thief's face.