And Other Occupational Hazards of a Year in Iraq

Recounts how the author, a British diplomat, was named deputy governor of Amarah and Nasiriya in southern Iraq at the end of 2003, an appointment during which he negotiated hostage releases, held elections, and worked to organize a social infrastructure for millions of beleaguered Iraqi citizens. 35,000 first printing.

NPR stories about Prince of the Marshes

October 24, 2006 • A slew of recently released books examine U.S. policy and military strategy behind the Iraq war. George Packer, author of 2005's highly acclaimed The Assassins' Gate: America in Iraq, reviews some of the latest titles.

August 28, 2006 • British diplomat and journalist Rory Stewart walked across Afghanistan after the fall of the Taliban, and later wrote about the experience in a memoir. Stewart talks about the motivation for the perilous journey across the warn-torn nation, and also about his stint as a provincial governor in post-invasion Iraq.

Excerpt: Prince Of The Marshes 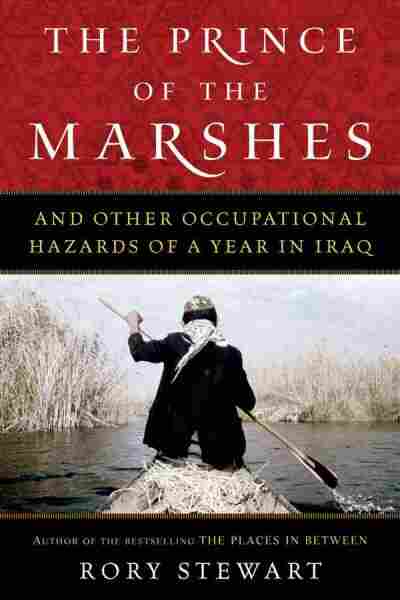 Pursuant to my authority as Administrator of the Coalition Provisional Authority (CPA), relevant UN Security Council resolutions, including Resolution 1483 (2003), and the laws and usages of war, I hereby promulgate the following: The CPA is vested with all executive, legislative, and judicial authority necessary to achieve its objectives . . . This authority shall be exercised by the CPA Administrator.
Coalition Provisional Authority (Iraq)
Regulation Number 1

Monday, October 6, 2003
On the three-hour drive north from Basra to take up my post in Maysan, I passed through the territory the Prince of the Marshes claimed to control. I saw the canal Saddam had dug: some reeds, a few fishermen in tin boats and some water birds. Long parallel lines stretched for miles across the drab earth. There were very few people to be seen: most Marsh Arabs now lived in slums on the edge of cities. Boats were no longer the standard method of transport and the buffalo herds had gone. The thicket of six-foot reeds in chest-deep water that once covered thousands of square miles had become parched and barren mud.