An accessible introduction to the physics theory about supersymmetry explains its potential for resolving key gaps in particle physics and rendering the universe more predictable, in a guide for lay readers that explains basic tenets in a comprehensive and lighthearted style. 20,000 first printing.

September 26, 2008 • Magnets cooled to extremely low temperatures are an essential element of the massive particle accelerator. Some of these magnets may have overheated last week, causing the Collider to fail its preliminary tests — possibly delaying the project by a year. 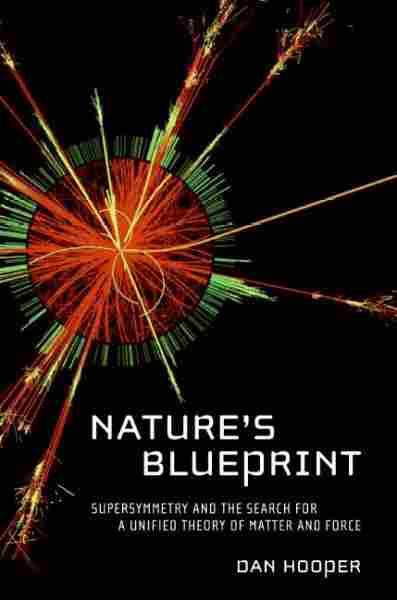 The real voyage of discovery consists not in seeking new landscapes but in having new eyes.
—Marcel Proust

To the curious, nothing is more exciting than discovery. Nothing is more powerful, and nothing is more awe inspiring. There is something truly and profoundly irresistible about the act of learning secrets—in knowing what had once been hidden. Scientists, and science itself, are driven by this fascination. The secrets that science seeks are those belonging to nature. Nature presents us with the grandest of all puzzles. With every new advance or insight, we get a further glimpse into the inner workings of our world—the very blueprint of nature. Today, we are preparing to sneak a deeper and more detailed glimpse at this blueprint. We are poised upon the very edge of discovery.

For more than thirty years, physicists have been investigating a theory known as supersymmetry. Supersymmetry is a framework—a principle, really—that describes and explains the relationship between two of the most fundamental concepts in physics: matter and force. This is a theory possessing the highest degree of mathematical beauty and elegance. On a more practical note, the presence of supersymmetry also has the ability to solve many of the long-standing problems of particle physics. To date, however, experimental confirmation that supersymmetry actually exists has remained elusive. If or when evidence for supersymmetry is finally observed, it will be a monumental, era-defining moment in the history of science, on par with the greatest discoveries of Einstein, Newton, and Galileo. It will be the discovery of a lifetime.

The theory of supersymmetry predicts that many unseen kinds of matter must exist. This matter takes the form of particles called superpartners. Despite the efforts of many hundreds of physicists conducting experiments in search of these particles, no superpartners have ever been observed or detected. They remain hidden, at least for the time being. This has had little effect in deterring the theoretical physicists who passionately expect nature to be formulated in this way—to be supersymmetric. To many of these scientists, the ideas behind supersymmetry are simply too beautiful and too elegant not to be part of our universe. They solve too many problems and fit into our world too naturally. To these true believers, the superpartner particles simply must exist. That they remain hidden is merely a standing challenge to future physicists and the experiments they conduct.

Supersymmetry may not remain hidden from us for much longer. In fact, many of the world's most prominent physicists think it likely that the elusive superpartners are about to be revealed. To accomplish this feat, a remarkable machine has been built. This machine, called the Large Hadron Collider—the LHC for short—is an enormous particle accelerator located beneath and around the city of Geneva, Switzerland, and extending across the border into France. Through a circular underground tunnel, seventeen miles in circumference, protons will be accelerated by ultra-powerful magnets to amazing speeds—99.9999991 percent of the speed of light, or more than 670 million miles per hour. When two beams of protons are collided head-on, so much energy will be compressed into one place at one time that entirely new and unknown forms of matter will be able to be brought into existence. Among these new forms of matter, many believe, will be the superpartner particles predicted by the theory of supersymmetry. With this incredible machine, humankind will finally learn whether supersymmetry is—or is not—built into the very fabric of our universe.

Beauty can be a difficult thing to understand, and an even more difficult thing to define. Although we all have some idea of what it means for something to be beautiful, it is very hard to put our finger on the appeal of a beautiful sound, image, or idea. Whether found in a da Vinci masterpiece, a Beethoven symphony, a Shakespeare sonnet, or a magnificent sunset, many of us feel that we can recognize beauty when we see or hear it. Ultimately, however, we also recognize that this is a subjective quality—something of ourselves that we project onto that which we perceive. Beauty truly is in the eye of the beholder.

This intrinsic subjectivity can even be found in the paragraph you just read. In it, I chose to use da Vinci, Beethoven, and Shakespeare as examples of artistic beauty because I somehow imagine that they might relate to most people, including those reading this book. Personally, I find far more beautiful the works of Pablo Picasso, the Rolling Stones, and John Steinbeck. You probably have other feelings of your own about beauty. Whether you find the work of Beethoven, the Rolling Stones, or Celine Dion more beautiful, you are neither right nor wrong.Subjectivity is the essence of beauty.

So if beauty is purely subjective, how can science, which strives to be objective, find something—such as the idea of supersymmetry—to be beautiful? Science has never produced an equation that could be used to calculate the quantity of beauty possessed by anything. Nor will it in the future. Beauty is not something that can be quantified. Perhaps sociologists could scientifically conduct surveys to learn how beautiful a subject appears to a given individual or set of individuals, but this tells us something only about the people being surveyed, and not about the subject itself. It is absolutely beyond the reach of science to judge beauty.

Although beauty may be beyond the purview of science, it is certainly not beyond the nature of scientists. Scientists are—beneath their lofty goals of objectivity—creatures of flesh and blood like everyone else. And like everyone else, we scientists see beauty in the world all around us. We may not be able to prove rigorously that one scientific idea is more beautiful than another, but we do experience and appreciate beauty. Like all human beings, we feel that we know beauty when we see it.