by Robert Wagner and Scott Eyman

The popular actor describes his relationships with such contemporaries as Clark Gable, Frank Sinatra, and Elizabeth Taylor; remembers his two marriages to Natalie Wood; and shares his observations on Hollywood throughout the past half-century.

NPR stories about Pieces of My Heart

September 25, 2008 • Robert Wagner has made movies with Spencer Tracy and played Number Two in the Austin Powers films. In the memoir Pieces of My Heart, Wagner details two winding paths: his career and his love life.

Excerpt: Pieces Of My Heart 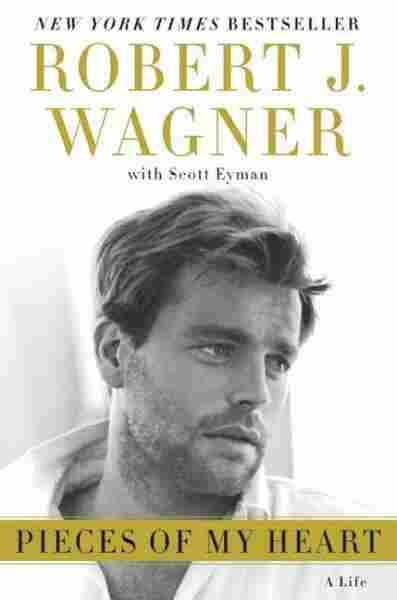 There's no bastard like a German bastard, and by all accounts my grandfather Mathias Wagner was a nasty man. He was a stevedore in Mannheim, Germany, where Wagner is a very common name. He came to America in 1876 and found that he needed a wife, so his relatives in Germany sent him some pictures of local German girls who wanted to come to America. Two of the girls in the pictures were sisters; my grandfather picked one sister, and his best friend picked the other. And that's how my father was born: as the result of an arranged marriage.

Robert J. Wagner, my father, was born in Kalamazoo, Michigan, in 1890, but he left home when he was ten years old. I have no doubt he was abused; the Germans of that era would punch their children in the face just to let them know who was boss. My father said that his mother, a glorified mail-order bride, had no say in anything. She was more like a hired child-care worker than a wife.

My dad spent his adolescence selling newspapers on the streets of Kalamazoo, working in railroad stations, in bars, wherever there was a paying job. Because he was so estranged from his parents, I never knew them. My grandfather died early, and by the time I met my grandmother, she had developed dementia, so there was no way to establish a relationship.

My parents met on a blind date in Chicago. My mother's name was Hazel Alvera Boe, which was always a sore spot with her. She hated the name Hazel, so everybody called her "Chat," because she was so talkative. In time, I would call her "C," while her pet name for me became "R." She was a telephone operator when she met my father, and he was selling fishing tackle. Before that, he'd been a traveling salesman who sold corsets, petticoats, and other women's undergarments wholesale throughout the Great Lakes region.

A few years after they met, he was in a hardware store where a guy was mixing a can of paint. My father liked the look of the surface it gave. He found out about the paint company, which was called Arco, and then he found out the name of Arco's president, and he became a salesman for that paint. (Needless to say, my father was a go-getter.) He ended up getting the Ford Motor Company account; he sold most of the lacquer that was applied to the dashboards of Ford cars, and in short order he became very successful. Besides that, both before and after his Ford period, he bought and sold lots around the Palmer Woods area of Detroit. He would build houses, and my mother would decorate them.

My father was the sort of man who was obsessed by his business, and even after his kids arrived-my sister, Mary Lou, in 1926, me on February 10, 1930-that never changed. I was christened Robert John Wagner Jr., but since my father answered to "Bob," and nobody, especially me, wanted me to be known as "Junior," I became known as "RJ," which my friends call me to this day.

Mary Lou was the valedictorian of her class, but she wanted a quiet, domestic life, and she got it. She's a wonderful woman, with a totally different life than mine. She's had five children and numerous grandchildren. She's lived in the same house in Claremont for decades and doesn't venture out that much.

When I was a small child, we all lived in a beautiful house on Fairway Drive, right off the Detroit Golf Club, but the best times with my father were summers in the Upper Peninsula of Michigan, where he had a cabin on a lake. I vividly remember riding through meadows on horseback with my father and uncle. There were no sounds except the whisk of the grass as the horses moved through it, and at night the moon was so bright you could read by it. It seemed like we were the only people alive, and I basked in my father's undivided attention. It was during these times that he taught me how to fish-probably his greatest, longest-lasting gift to me. These were weeks out of Hemingway's Nick Adams stories, and they are my most cherished memories of early childhood.

Also rewarding was the family Christmas, during which my parents went whole hog in spite of the fact that they had an arm's-length relationship with religion. Technically, my father was a Catholic, not to mention a thirty-second-degree Mason, while my mother was a Unitarian, but I don't even know if they bothered to baptize me. They sent me to Episcopal schools, and they sent me to Catholic schools, but we hardly ever attended church as a family, and they simply didn't impose much religion on me. On balance I'm glad-my lack of indoctrination has resulted in a very open attitude toward the different religious factors that motivate people's lives.

Although my father hated my grandfather because of his abusive behavior, my dad was never able to entirely free himself from his upbringing. If I did something mildly wrong, he'd stand me in a corner. For something worse, he'd lock me in a closet. If I did something deemed beyond the pale, I would be hit. When I was little, I stuck something in an electrical socket and blew out every outlet in the house. My father was in the bathroom shaving, and he came roaring out, grabbed me, put me over his knee, spanked me with a hairbrush, then threw me off his lap for this terrible thing I had done.

All this was the custom of that time; there was an attitude that corporal punishment was acceptable, and this was how a lot of the kids who grew up with me in Detroit were raised. I don't think it's any accident that a lot of those rich kids ended up wasting their lives or even killing themselves. The parents had their cars, their houses, a nurse, a chauffeur, white tie and tails, and the children were expected to conform to that model without question.