A personal account of life with bipolar disorder documents the author's experience with the condition's extreme highs and lows, which had her paralyzed with depression one day and recklessly skirting death the next, in an intimate memoir that also traces her therapies and the disease's impact on her relationships. 20,000 first printing.

September 4, 2008 • In his memoir, Scattershot, David Lovelace chronicles what he calls "the family sickness." Terri Cheney joins the discussion and shares details from Manic, a chronicle of her own struggle with bipolar disorder.

February 4, 2008 • Terri Cheney was a successful entertainment lawyer, representing some of the biggest names in the business, but few knew of her inner struggle with bipolar disorder. In this week's Behind Closed Doors, Cheney talks candidly about manic depression, as chronicled in her new book, Manic. 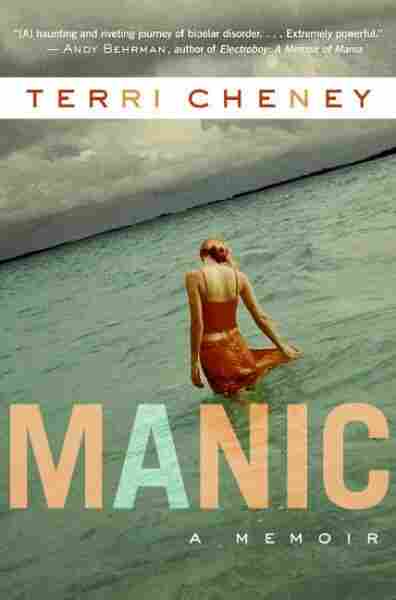 I didn't tell anyone that I was going to Santa Fe to kill myself. I figured that was more information than people needed, plus it might interfere with my travel plans if anyone found out the truth. People always mean well, but they don't understand that when you're seriously depressed, suicidal ideation can be the only thing that keeps you alive. Just knowing there's an out—even if it's bloody, even if it's permanent—makes the pain almost bearable for one more day.

Five months had passed since my father's death from lung cancer, and the world was not a fit place to live in. As long as Daddy was still alive, it made sense to get up every morning, depressed or not. There was a war on. But the day I gave the order to titrate his morphine to a lethal dose, the fight lost all meaning for me.

So I wanted to die. I saw nothing odd about this desire, even though I was only thirty-eight years old. It seemed like a perfectly natural response, under the circumstances. I was bone-tired, terminally weary, and death sounded like a vacation to me, a holiday. A somewhere else, which is all I really wanted.

When I was offered the chance to leave L.A. to take an extended trip by myself to Santa Fe, I was ecstatic. I leased a charming little hacienda just off Canyon Road, the artsiest part of town, bursting with galleries, jazz clubs, and eccentric, cat-ridden bookstore/cafés. It was a good place to live, especially in December, when the snow fell thick and deep on the cobblestones, muffling the street noise so thoroughly that the city seemed to dance its own soft-shoe.

There was an exceptional amount of snowfall that particular December. Everything seemed a study in contrast: the fierce round desert sun, blazing while I shivered; blue-white snow shadows against thick red adobe walls; and always, everywhere I looked, the sagging spine of the old city pressing up against the sleek curves of the new. But the most striking contrast by far was me: thrilled to tears simply to be alive in such surroundings, and determined as ever to die.

I never felt so bipolar in my life.

The mania came at me in four-day spurts. Four days of not eating, not sleeping, barely sitting in one place for more than a few minutes at a time. Four days of constant shopping—and Canyon Road is all about commerce, however artsy its facade. And four days of indiscriminate, nonstop talking: first to everyone I knew on the West Coast, then to anyone still awake on the East Coast, then to Santa Fe itself, whoever would listen. The truth was, I didn't just need to talk. I was afraid to be alone. There were things hovering in the air around me that didn't want to be remembered: the expression on my father's face when I told him it was stage IV cancer, already metastasized; the bewildered look in his eyes when I couldn't take away the pain; and the way those eyes kept watching me at the end, trailing my every move, fixed on me, begging for the comfort I wasn't able to give. I never thought I could be haunted by anything so familiar, so beloved, as my father's eyes.

Mostly, however, I talked to men. Canyon Road has a number of extremely lively, extremely friendly bars and clubs, all of which were within walking distance of my hacienda. It wasn't hard for a redhead with a ready smile and a feverish glow in her eyes to strike up a conversation and then continue that conversation well into the early-morning hours, at his place or mine. The only word I couldn't seem to say was "no." I ease my conscience by reminding myself that manic sex isn't really intercourse. It's discourse, just another way to ease the insatiable need for contact and communication. In place of words, I simply spoke with my skin.

I had long since decided that Christmas Eve would be my last day on this earth. I chose Christmas Eve precisely because it had meaning and beauty—nowhere more so than in Santa Fe, with its enchanting festival of the farolitos. Every Christmas Eve, carolers come from all over the world to stroll the lantern-lit streets until dawn. All doors are open to them, and the air is pungent with the smell of warm cider and piñon.

I wanted to die at such a moment, when the world was at its best, when I could offer up my heart to God and say, thank you, truly, for all of it. It's not that I'm ungrateful. It's just that I'm not capable anymore of the joy a night like this deserves. Joy is blasphemy now that Daddy's dead; your world is simply wasted on me. And that, I think, is reason enough to die.

This unwritten prayer was the only suicide note I intended to leave.

Christmas Eve dawned bright and cold, with snow in the forecast for early that afternoon. I was on the fourth day of my latest manic spree, which meant my mind was speeding so fast I had to make shorthand lists to keep up with it. I'd already carefully laid out what I was going to wear as my farewell attire: a long black cashmere dress—not to be macabre, but because cashmere would never wrinkle and black would hide any unexpected blood or vomit. I'd also laid out all the pills I'd saved up over the past year, including all the heavy-duty cancer meds my father had never lived long enough to take. They were neatly arranged in probable order of lethality, and grouped into manageable mouthfuls, approximately ten pills per swallow. Counting them one last time, I realized I had well over three hundred assorted tablets and capsules, which meant an awful lot of swallows. What I didn't have was sufficient tequila to wash them all down. Water wasn't an option. I needed the interaction.