An evaluation of how the book of Revelation has significantly influenced history and the modern world cites its place at the heart of culture wars between governments and religions, discussing such topics as how it was nearly cut from the New Testament, the role of the book in the fall of the Roman Empire, and its use in the establishment of foreign policy.

NPR stories about A History of the End of the World

Cultural Impact of the Book of Revelation

September 28, 2006 • In his new book A History of the End of the World: How the Most Controversial Book in the Bible Changed the Course of Western Civilization, Jonathan Kirsch explores the ways the Book of Revelation has been interpreted since its inception and how the final book of the New Testament has influenced literature, history and popular culture.

Cultural Impact of the Book of Revelation

Excerpt: A History Of The End Of The World 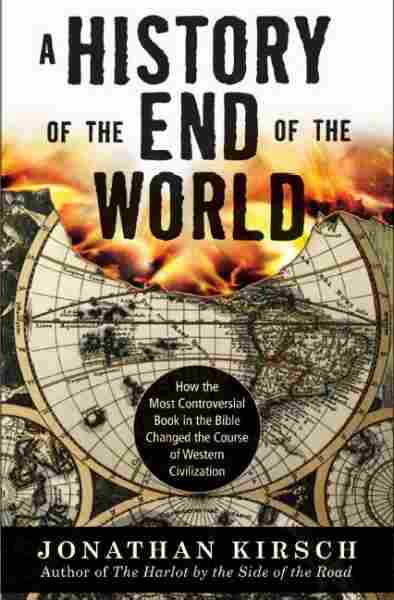 Revelation has as many mysteries as it does words.
Jerome

"I know the ending," goes the slogan on a license-plate frame that can be spotted here and there on the streets and highways of America. "God wins."

It's a credo that pious Jews, Christians, and Muslims hold in common, although they might quibble on exactly what is meant by the word "God." But the plainspoken slogan conceals a profound and enduring mystery: human beings of all faiths, in all times and all places, have wondered when and how the world will come to an end. Nowadays, of course, the very same questions are being asked (and answered) by scientists rather than theologians. For the Christian true believer, however, "the ending" refers to a scenario that is described in horrific and heart-shaking detail in the single scariest book in all of scripture, the book of Revelation.

The beginning of the end, according to Revelation, will be augured by mysterious signs and wonders&#8212a black sun and a blood-red moon, the stars falling to earth, persecutors and false prophets, plague and pestilence and famine. Then the satanic arch-villain who has come to be called the Antichrist will rise to absolute power on earth. After seven years of oppression and persecution under the Antichrist, Jesus Christ will descend from heaven in the guise of a warrior-king, lead a celestial army of resurrected saints and martyrs to victory over the demonic hordes at the Battle of Armageddon, drape Satan in chains and confine him in a bottomless pit, and reign over an earthly kingdom for one thousand years.

At the end of the millennium, Satan will break out of his bonds, and Jesus Christ will be compelled to fight a second and final battle. At last, the dead will be resurrected, the living and dead alike will be judged, and the earth as we know it will be destroyed once and for all. The end of the world, according to Revelation, will be followed by the creation of "a new heaven and a new earth," a celestial paradise where the Christian saints and martyrs will spend eternity in perfect bliss. Everyone else will sizzle forever along with Satan in a lake of fire and brimstone.

That's the pitch line for the book of Revelation, so to speak, but the text itself is something even richer and stranger.The nightmarish landscape conjured up by its author is stalked by God and the Devil, the Lamb and the Beast, a lascivious whore and a woman in labor, angels and demons in the countless thousands, and a bestiary of monsters so grotesque and so implausible that they would not seem out of place in a comic book or a horror flick. At certain moments, in fact, the book of Revelation resembles nothing so much as an ancient prototype of the psychological thriller and the monster movie, and its imagery seems to fire the same synapses in the human brain.