Ending his engagement to pursue a married cousin, Kemal unsuccessfully woos the woman over the course of nine years, during which he amasses personal effects that reflect his obsession and render him a laughingstock among his peers. By the Nobel Prize-winning author of My Name Is Red. Reprint.

NPR stories about The Museum of Innocence 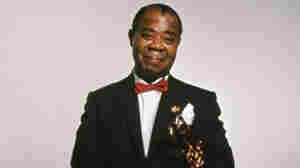 October 27, 2009 • Nobel Prize winner Orhan Pamuk says his new novel is a love story that "doesn't put love on a pedestal." Instead, The Museum of Innocence is about one man's obsession with a beautiful young woman — and the museum collection he dedicates to the affair that derailed his life.

Excerpt: The Museum Of Innocence 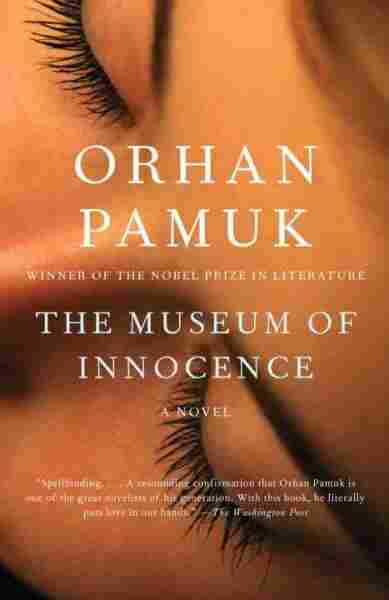 The Happiest Moment of My Life

It was the happiest moment of my life, though I didn’t know it. Had I known, had I cherished this gift, would everything have turned out differently? Yes, if I had recognized this instant of perfect happiness, I would have held it fast and never let it slip away. It took a few seconds, perhaps, for that luminous state to enfold me, suffusing me with the deepest peace, but it seemed to last hours, even years. In that moment, on the afternoon of Monday, May 26, 1975, at about a quarter to three, just as we felt ourselves to be beyond sin and guilt so too did the world seem to have been released from gravity and time. Kissing Fusun’s
shoulder, already moist from the heat of our lovemaking, I gently entered her from behind, and as I softly bit her ear, her earring must have come free and, for all we knew, hovered in midair before falling of its own accord. Our bliss was so profound that we went on kissing, heedless of the fall of the earring, whose shape I had not even noticed.

Outside the sky was shimmering as it does only in Istanbul in the spring. In the streets people still in their winter clothes were perspiring, but inside shops and buildings, and under the linden and chestnut trees, it was still cool. We felt the same coolness rising from the musty mattress on which we were making love, the way children play, happily forgetting everything else. A breeze wafted in through the balcony window, tinged with the sea and linden leaves; it lifted the tulle curtains, and they billowed down again in slow motion, chilling our naked bodies. From the bed of the back bedroom of the second- floor apartment, we could see a group of boys playing football in the garden below, swearing furiously in the May heat, and as it dawned on us that we were enacting, word for word, exactly those indecencies, we stopped making love to look into each other’s eyes and smile. But so great was our elation that the joke life had sent us from the back garden was forgotten as quickly as the earring.

When we met the next day, Füsun told me she had lost one of her earrings. Actually, not long after she had left the preceding afternoon, I’d spotted it nestled in the blue sheets, her initial dangling at its tip, and I was about to put it aside when, by a strange compulsion, I slipped it into my pocket. So now I said, “I have it here, darling,” as I reached into the right-hand pocket of my jacket hanging on the back of a chair. “Oh, it’s gone!” For a moment, I glimpsed a bad omen, a hint of malign fate, but then I remembered that I’d put on a different jacket that morning, because of the warm weather. “It must be in the pocket of my other jacket.”

“Please bring it tomorrow. Don’t forget,” Fusun said, her eyes widening. “It is very dear to me.”

Fusun was eighteen, a poor distant relation, and before running into her a month ago, I had all but forgotten she existed. I was thirty and about to become engaged to Sibel, who, according to everyone, was the perfect match.

The series of events and coincidences that were to change my entire life had begun a month before on April 27, 1975, when Sibel happened to spot a handbag designed by the famous Jenny Colon in a shop window as we were walking along Valikonağı Avenue, enjoying the cool spring evening. Our formal engagement was not far off; we were tipsy and in high spirits. We’d just been to Fuaye, a posh new restaurant in Nişantaşı; over supper with my parents, we had discussed at length the preparations for the engagement party, which was scheduled for the middle of June so that Nurcihan, Sibel’s friend since her days at Notre Dame de Sion Lycée and then her years in Paris, could come from France to attend. Sibel had long ago arranged for her engagement dress
to be made by Silky İsmet, then the most expensive and sought-after dressmaker in Istanbul, and that evening Sibel and my mother discussed how they might sew on the pearls my mother had given her for the dress. It was my future father- in- law’s express wish that his only daughter’s engagement party be as extravagant as a wedding, and my mother was only too delighted to help fulfill that wish as best as she could. As for my father, he was charmed enough by the prospect of a daughter-in-law who had “studied at the Sorbonne,” as was said in those days among the Istanbul bourgeoisie of any girl who had gone to Paris for any kind of study.

It was as I walked Sibel home that evening, my arm wrapped lovingly around her sturdy shoulders, noting to myself with pride how happy and lucky I was, that Sibel said, “Oh what a beautiful bag!” Though my mind was clouded by the wine, I took note of the handbag and the name of the shop, and at noon the next day I went back. In fact I had never been one of those suave, chivalrous playboys always looking for the least excuse to buy women presents or send them flowers, though perhaps I longed to be one. In those days, bored Westernized housewives of the affluent neighborhoods like Şişli, Nişantaşı, and Bebek did not open “art galleries” but boutiques, and stocked them with trinkets and whole ensembles smuggled in luggage from Paris and
Milan, or copies of “the latest” dresses featured in imported magazines like Elle and Vogue, selling these goods at ridiculously inflated prices to other rich housewives who were as bored as they were. As she would remind me when I tracked her down many years later, Şenay Hanım, then proprietress of the Şanzelize (its name a transliteration of the legendary Parisian avenue), was, like Fusun, a very distant relation on my mother’s side. The fact that she gave me the shop sign that had once hung on the door as well as any other object connected to Fusun without once questioning the reasons for my excessive interest in the sinceshuttered establishment led me to understand that some of the odder details of our story were known to her, and indeed had had a much wider circulation than I had assumed.

When I walked into the Şanzelize at around half past twelve the next day, the small bronze double-knobbed camel bell jingled two
notes that can still make my heart pound. It was a warm spring day, and inside the shop it was cool and dark. At first I thought there was no one there, my eyes still adjusting to the gloom after the noonday sunlight. Then I felt my heart in my throat, with the force of an immense wave about to crash against the shore.

“I’d like to buy the handbag on the mannequin in the window,” I managed to say, staggered at the sight of her.

“Do you mean the cream- colored Jenny Colon?”

When we came eye to eye, I immediately remembered her.

“The handbag on the mannequin in the window,” I repeated dreamily.

“Oh, right,” she said and walked over to the window. In a flash she had slipped off her yellow high- heeled pump, extending her bare foot, whose nails she’d carefully painted red, onto the floor of the display area, stretching her arm toward the mannequin. My eyes traveled from her empty shoe over her long bare legs. It wasn’t even May yet, and they were already tanned.

Their length made her lacy yellow skirt seem even shorter. Hooking the bag, she returned to the counter and with her long, dexterous fingers she removed the balls of crumpled cream-colored tissue paper, showing me the inside of the zippered pocket, the two smaller pockets (both empty) as well as the secret compartment, from which she produced a card inscribed jenny colon, her whole demeanor suggesting mystery and seriousness, as if she were showing me something very personal.

“Hello, Fusun. You’re all grown up! Perhaps you don’t recognize me.”

“Not at all, Cousin Kemal, I recognized you right away, but when I saw you did not recognize me, I thought it would be better not to disturb you.”

There was a silence. I looked again into one of the pockets she had just pointed to inside the bag. Her beauty, or her skirt, which was in fact too short, or something else altogether, had unsettled me, and I couldn’t act naturally.

“I’m studying for my university entrance exams. And I come here every day, too. Here in the shop, I’m meeting lots of new people.”

“That’s wonderful. So tell me, how much is this handbag?”

Furrowing her brow, she peered at the handwritten price tag on the bottom: “One thousand five hundred lira.” (At the time this would have been six months’ pay for a junior civil servant.) “But I am sure Şenay Hanım would want to offer you a special price. She’s gone home for lunch and must be napping now, so I can’t phone her. But if you could come by this evening . . .”

“It’s not important,” I said, and taking out my wallet—a clumsy gesture that, later, at our secret meeting place, Fusun would often mimic—I counted out the damp bills. Fusun wrapped the bag in paper, carefully but with evident inexperience, and then put it into a plastic bag. Throughout this silence she knew that I was admiring her honey-hued arms, and her quick, elegant gestures. When she politely handed me the shopping bag, I thanked her. “Please give my respects to Aunt Nesibe and your father,” I said (having failed to remember Tarık Bey’s name in time). For a moment I paused: My ghost had left my body and now, in some corner of heaven, was embracing Fusun and kissing her. I made quickly for the door. What an absurd daydream, especially since Fusun wasn’t as beautiful as all that. The bell on the door jingled, and I heard a canary warbling. I went out into the street, glad to feel the heat. I was pleased with my purchase; I loved Sibel very much. I decided to forget this shop, and Fusun.