The former New Jersey governor who acknowledged his homosexuality during his 2004 resignation speech describes his struggles with his sexual identity during his Catholic upbringing, his political rise and fall, and his decision to publicly delare his orientation.

NPR stories about The Confession

September 21, 2006 • Former New Jersey Gov. James E. McGreevey. His new memoir, The Confession details his life and events leading up to his August 2004 coming-out speech. McGreevey was governor from January 2002 to November 2004, when he resigned. In addition to coming out as a homosexual, McGreevey appointed alleged Israeli lover Golan Cipel to the position of New Jersey's Homeland Security adviser. Since the publication of The Confession, Cipel has stated that he was not McGreevey's lover, as detailed in McGreevey's book. 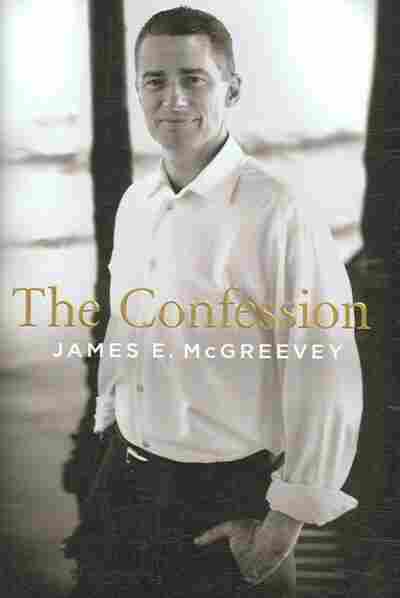 How These Things Happen

One late-summer Sunday night in 2002, well before my political career collapsed, I was helping my wife, Dina, tuck our daughter into bed. Well, not helping, exactly. Even as I stood in the bedroom doorway watching my family, my ear was glued to a cell phone. Through the phone came the voice of a former employee named Golan Cipel. In a spectacular lapse of judgment, I had put Golan on my payroll while at the same time initiating a secret sexual relationship with him.

A few weeks earlier, both arrangements had ended badly, after press questions about his qualifications reached critical mass. Golan still hadn't recovered, and he had taken to calling me day and night to ask for his job back. I listened to him tirelessly-in part because I wanted to help him if I could, but mostly because I still loved him. But there was no way I could do what he wanted.

I loved Golan Cipel, a handsome and bright man a few years my junior, and I wanted him to be happy. But I was a married man, a father, and the governor of New Jersey. There was no chance he could rejoin my administration.

I had no reason to believe that Dina suspected my affair with Golan, or even the fact that I was gay. She probably already knew I didn't love her anymore, not in the way a man loves his wife. It had been a long time since we'd last been intimate. Lately, what drove us forward had been little more than the momentum of a public life.

Maybe unconsciously I wanted to bring it all to a head that night. How else can I explain why I answered Golan's phone call in her presence? The longer I stood in that doorway watching my wife and daughter and listening to my former lover on the phone, the closer my world came to imploding. Nothing I told him mollified his pain, which I believe had more to do with his stalled career in government than with our failed affair. He missed me, I felt sure, mostly because he missed having access to power.

"My life is over," he was saying. The bad press, he claimed, had ruined his reputation. "Nobody is supporting me out here."

"We'll get through this, Golan," I assured him. "This is the big leagues. You're going to get knocks."

Dina had a rule about not interrupting our daughter's time with work calls, and as I struggled to get off the phone, I watched her growing increasingly angry. But then I saw a light bulb flick on in her eyes. She tucked Jacqueline into her covers and pushed past me in a rage, just as I was hanging up.

After we were safely out of Jacqueline's earshot, she turned and glared at me.

"This whole thing is ridiculous," she said.

I knew exactly what she meant. "What thing?" I asked anyway.

She walked back toward me, in the darkened hallway, until we were close enough for her to study my face. "Are you gay?"

All my life I had dreaded that question. Others had asked it, and I can't think of a time when I lied affirmatively about my sexuality, but I lied every day by omission and obfuscation. And I allowed others to lie for me. My marriage to Dina was a major part of that lie; that much I knew consciously. As our years together ticked by, I found it harder and harder to deny the truth. Being gay is a fundamental part of my being-the core of who I've always been, and the thing I had repressed and run from all my life.

For a brief moment I thought I could stop running that day. But I didn't have the nerve to tell my wife the truth. Instead I said nothing.

I've never been much for self-revelation. In two decades of public life, I have always approached the limelight with extreme caution. Not that I kept my personal life off-limits; rather, the personal life I put on display was a blend of fact and fiction. Dishonesty creates not only a lack of truth but a tangle of truths. I invented overlapping narratives about who I was, and contrived backstories that played better not just in the ballot box but in my own mind. And then, to the best of my ability, I tried to be the man in those stories.

In this way I'm not at all unique. Inauthenticity is endemic in American politics today. Those who would be leaders are all too often tempted to become what we think you want us to be-not leading at all, but following our best guess at public opinion. We tailor our public positions to reflect poll results and consultants' advice, then feed that data back to you in flattering ways. Everything from the clothing we wear to the places we vacation is selected data for political gain; even the food we eat is chosen with strategic calculation. The public square has never been so clamorous with deception.

This is, in fact, the defining characteristic of American political life today, and it is a dangerous slippery slope. For too many politicians winning has become the end goal of politics, trumping both ideology and ethics. An ambitious politician quickly learns, as I did, to countenance and even sponsor fundamentally corrupt behavior while insulating himself, for as long as he can, behind a buffer of deniability. I'm not talking about criminal misconduct-the kind of thing that leads to the occasional political corruption scandal. I'm talking about the hundreds of ways that politicians-or their representatives-can push the envelope on ethics, morals, and truth in our quest for power. In my experience, ethical compromises are not just a shortcut to office; for all but the wealthy, they are all but compulsory. The political backrooms where I spent much of my career were just as benighted ...