Omar Yussef, a history teacher at a UN school in the West Bank, manages to stay away from all the violence surrounding him, until a former pupil, George Saba, a Palestinian Christian accused of collaborating with the Israelis, is charged with murder, and Omar, unable to believe in his guilt, decides to investigate the case for himself. A first novel. Reprint.

NPR stories about The Collaborator of Bethlehem

Mystery And Decay In An Ancient, Occupied City

August 12, 2008 • Crime writer Matt Beynon Rees explores the layers of history and decay that characterize Nablus, a 2,000-year-old Palestinian city in the northern part of the occupied West Bank.

Mystery And Decay In An Ancient, Occupied City

March 25, 2007 • After a decade as a reporter in the Middle East, writer Matt Rees has written a novel. Rees found that fiction is a better vehicle to delve into the complex, real-life stories of Palestinians living in the West Bank and the Gaza Strip.

February 15, 2007 • Journalist Matt Beynon Rees is now a crime novelist, too. The Collaborator of Bethlehem follows a Palestinian schoolteacher who turns detective to solve a murder set in the violence-ridden West Bank. Rees was based in Jerusalem as a Middle East reporter for Time magazine for more than a decade, serving as bureau chief from 2000 to 2006.

Excerpt: The Collaborator Of Bethlehem 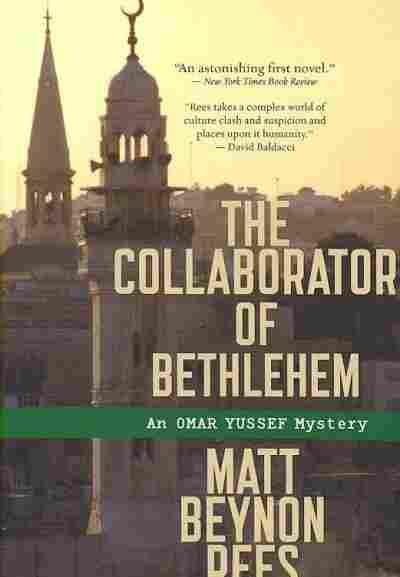