The Inside Story of Rock-and-roll's Legendary Neighborhood

In the late sixties and early seventies, an impromptu collection of musicians colonized a eucalyptus-scented canyon deep in the Hollywood Hills of Los Angeles and melded folk, rock, and savvy American pop into a sound that conquered the world as thoroughly as the songs of the Beatles and the Rolling Stones had before them. During the canyon's golden era, the musicians who lived and worked there scored dozens of landmark hits, selling tens of millions of records and resetting the thermostat of pop culture. Here, journalist Walker tells the story of this unprecedented gathering of some of the baby boom's leading musical lights—including Joni Mitchell; Jim Morrison; Crosby, Stills, and Nash; John Mayall; the Mamas and the Papas; Carole King; the Eagles; and Frank Zappa —who turned Los Angeles into the music capital of the world and forever changed the way popular music is recorded, marketed, and consumed.—From publisher description.A behind-the-scenes appraisal of the contributions of Laurel Canyon musicians from the 1960s and 1970s cites their pivotal role in shaping American pop culture, profiling such artists as Jim Morrison, The Mamas and The Papas, and Frank Zappa.

September 7, 2006 • In the late 1960s, just as San Francisco was having its own Summer of Love, a rustic canyon at the heart of Los Angeles was also in bloom with songs that defined the moment, written and performed by the bands that defined a generation. 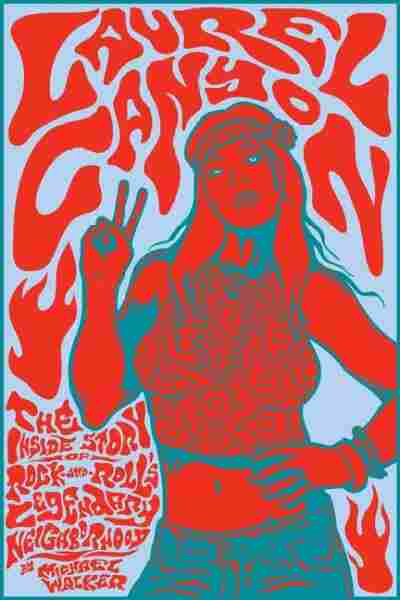 In 1968 a British pop star and the refugees from two seminal Los Angeles bands gathered in a cottage on Lookout Mountain Avenue in Laurel Canyon, the slightly seedy, camp-like neighborhood of serpentine one-lane roads, precipitous hills, fragrant eucalyptus trees, and softly crumbling bungalows set down improbably in the middle of Los Angeles, and sang together for the first time. The occupant of the cottage, which had moldering shake shingles and draft-prone casement windows, was a Canadian painter, poet, and folksinger named Joni Mitchell. The British pop star, sporting a wisp of a goatee and a thick Manchester brogue, was Graham Nash, founding member of the Hollies. The refugees were Stephen Stills, late of the Buffalo Springfield, writer and singer of "For What It's Worth," who had three years before auditioned for the Monkees and, having failed, recommended his friend, a folkie named Peter Torkelson; and David Crosby, late of the Byrds and "Mr. Tambourine Man," possessed of a Buffalo Bill mustache, an immaculate harmony voice, and piercing eyes that Mitchell, with typical literary flourish, likened to star sapphires. (Crosby produced Mitchell's debut album, Song to a Seagull.) So it was that Nash, Stills, and Crosby sat in Mitchell's living room on Lookout Mountain, in the heart of Laurel Canyon, in the epicenter of L.A.'s nascent rock music industry, and for the first time, began to sing together.

It is a measure of Laurel Canyon's mythmaking powers that this particular watershed may have actually occurred not at Mitchell's cottage--though that's the way Nash and plenty of others remember it--but a mile away in the living room of Cass Elliot of the Mamas and the Papas, who along with Mitchell briefly co-reigned as unofficial queen of the canyon, one an inscrutable poet-genius, the other a bosomy, meddling mother figure. What is certain is that within the year, Nash, Stills, and Crosby apotheosized into Crosby, Stills & Nash, the third group with Laurel Canyon roots within as many years--after the Byrds and Buffalo Springfield--to score a knockout with their first record. Nash moved into Mitchell's cottage on Lookout, there to write his ode to countercultural domestic bliss, "Our House." Mitchell, in turn, wrote and recorded "Ladies of the Canyon," her paean to the strange bohemian netherland where she and Nash nurtured their affair and where it would soon become evident that some of the twentieth century's most talented and enterprising young men and women had gathered at just the right moment.

Laurel Canyon had been filling up with musicians from Los Angeles, New York, and London since the mid-1960s: Mitchell was a transplant from New York via Saskatoon; Carole King had recently decamped to a place on Appian Way; so had Nico, the Teutonic waif from Andy Warhol's Factory. Up the street from Mitchell's place were John Phillips, Michelle Phillips, and Denny Doherty of the Mamas and the Papas, who, until they moved west and recorded "California Dreamin'" and "Monday, Monday," had busked around as semi-obscure folksingers. British bands touring the States made it a point to stop by Laurel Canyon for a party or two--Beatles, Stones, Animals, Yardbirds, and the rest. Some never left--the British blues legend John Mayall bought a house just over the ridge from Mitchell's place. It was Brigadoon meets the Brill Building, and the repercussions thirty-odd years later continue to pour from radios, iPods, and concert stages around the world.