Accessibility links
The Wave NPR coverage of The Wave: In Pursuit of the Rogues, Freaks, and Giants of the Ocean by Susan Casey. News, author interviews, critics' picks and more.

In Pursuit of the Rogues, Freaks, and Giants of the Ocean

Title
The Wave
Subtitle
In Pursuit of the Rogues, Freaks, and Giants of the Ocean
Author
Susan Casey

Title
The Wave
Subtitle
In Pursuit of the Rogues, Freaks, and Giants of the Ocean
Author
Susan Casey

Traces the recent discovery of physics-defying ocean waves at heights previously thought impossible, the efforts of the scientific community to understand the phenomenon, the pursuits of extreme surfers to ride these waves, and the destructive capabilities of tsunamis.

NPR stories about The Wave

July 29, 2011 • Susan Casey tracks the scientific discovery of physics-defying ocean waves — and extreme surfers' efforts to ride them — in The Wave. It appears on the list for a seventh week. 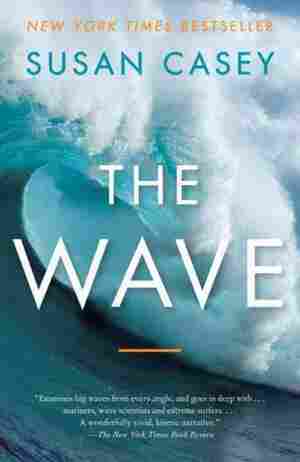 Heaven is for Real

by Todd Burpo and Lynn Vincent

Empire of the Summer Moon 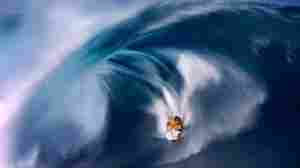 Surf's Up: About 70 percent of the Earth's surface is covered by water — and humans have long been fascinated by the mysteries of the ocean — a source of food, transportation ... and fun.  Above, Ryan Hardy of Australia rides  a large wave on the North Shore of Oahu, Hawaii. Donald Miralle/Getty Images hide caption

September 11, 2010 • Huge waves have confounded sailors, scientists and surfers for years, but author Susan Casey dives deep into the story of ship-swallowing seas in The Wave with history, scientific research and intrepid surfer Laird Hamilton. 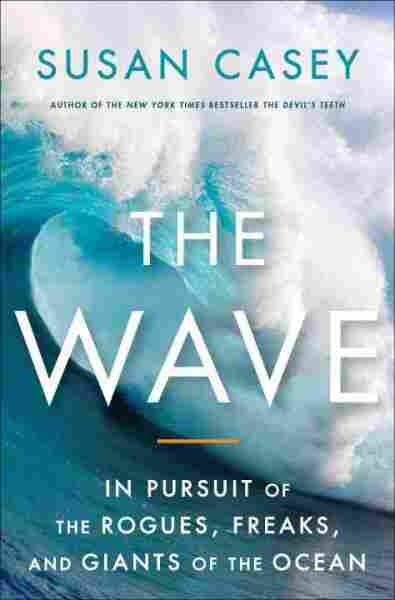 57.5° N, 12.7° W
175 MILES OFF THE COAST OF SCOTLAND
FEBRUARY 8, 2000
The clock read midnight when the hundred-foot wave hit the ship, rising from the North Atlantic out of the darkness. Among the ocean’s terrors a wave this size was the most feared and the least understood, more myth than reality—or so people had thought. This giant was certainly real. As the RRS Discovery plunged down into the wave’s deep trough, it heeled twenty- eight degrees to port, rolled thirty degrees back to starboard, then recovered to face the incoming seas. What chance did they have, the forty-seven scientists and crew aboard this research cruise gone horribly wrong? A series of storms had trapped them in the black void east of Rockall, a volcanic island nicknamed Waveland for the nastiness of its surrounding waters. More than a thousand wrecked ships lay on the seafloor below.
Captain Keith Avery steered his vessel directly into the onslaught, just as he’d been doing for the past five days. While weather like this was common in the cranky North Atlantic, these giant waves were unlike anything he’d encountered in his thirty years of experience. And worse, they kept rearing up from different directions. Flanking all sides of the 295-foot ship, the crew kept a constant watch to make sure they weren’t about to be sucker punched by a wave that was sneaking up from behind, or from the sides. No one wanted to be out here right now, but Avery knew their only hope was to remain where they were, with their bow pointed into the waves. Turning around was too risky; if one of these waves caught Discovery broadside, there would be long odds on survival. It takes thirty tons per square meter of force to dent a ship. A breaking hundred-foot wave packs one hundred tons of force per square meter and can tear a ship in half. Above all, Avery had to position Discovery so that it rode over these crests and wasn’t crushed beneath them.
He stood barefoot at the helm, the only way he could maintain traction after a refrigerator toppled over, splashing out a slick of milk, juice, and broken glass (no time to clean it up—the waves just kept coming). Up on the bridge everything was amplified, all the night noises and motions, the slamming and the crashing, the elevator-shaft plunges into the troughs, the frantic wind, the swaying and groaning of the ship; and now, as the waves suddenly grew even bigger and meaner and steeper, Avery heard a loud bang coming from Discovery’s foredeck. He squinted in the dark to see that the fifty-man lifeboat had partially ripped from its two-inch-thick steel cleats and was pounding against the hull.

Below deck, computers and furniture had been smashed into pieces. The scientists huddled in their cabins nursing bruises, black eyes, and broken ribs. Attempts at rest were pointless. They heard the noises too; they rode the free falls and the sickening barrel rolls; and they worried about the fact that a six-foot-long window next to their lab had already shattered from the twisting. Discovery was almost forty years old, and recently she’d undergone major surgery. The ship had been cut in half, lengthened by thirty-three feet, and then welded back together. Would the joints hold? No one really knew. No one had ever been in conditions like these.

One of the two chief scientists, Penny Holliday, watched as a chair skidded out from under her desk, swung into the air, and crashed onto her bunk. Holliday, fine boned, porcelain-doll pretty, and as tough as any man on board the ship, had sent an e- mail to her boyfriend, Craig Harris, earlier in the day. “This isn’t funny anymore,” she wrote. “The ocean just looks completely out of control.” So much white spray was whipping off the waves that she had the strange impression of being in a blizzard. This was Waveland all right, an otherworldly place of constant motion that took you nowhere but up and down; where there was no sleep, no comfort, no connection to land, and where human eyes and stomachs struggled to adapt, and failed.

Ten days ago Discovery had left port in Southampton, England, on what Holliday had hoped would be a typical three-week trip to Iceland and back (punctuated by a little seasickness perhaps, but nothing major). Along the way they’d stop and sample the water for salinity, temperature, oxygen, and other nutrients. From these tests the scientists would draw a picture of what was happening out there, how the ocean’s basic characteristics were shifting, and why.
These are not small questions on a planet that is 71 percent covered in salt water. As the Earth’s climate changes—as the inner atmosphere becomes warmer, as the winds increase, as the oceans heat up—what does all this mean for us? Trouble, most likely, and Holliday and her colleagues were in the business of finding out how much and what kind. It was deeply frustrating for them to be lashed to their bunks rather than out on the deck lowering their instruments. No one was thinking about Iceland anymore.

The trip was far from a loss, however. During the endless trains of massive waves, Discovery itself was collecting data that would lead to a chilling revelation. The ship was ringed with instruments; everything that happened out there was being precisely measured, the sea’s fury captured in tight graphs and unassailable numbers. Months later, long after Avery had returned everyone safely to the Southampton docks, when Holliday began to analyze these figures, she would discover that the waves they had experienced were the largest ever scientifically recorded in the open ocean. The significant wave height, an average of the largest 33 percent of the waves, was sixty-one feet, with frequent spikes far beyond that. At the same time, none of the state-of-the-art weather forecasts and wave models—the information upon which all ships, oil rigs, fisheries, and passenger boats rely—had predicted these behemoths. In other words, under this particular set of weather conditions, waves this size should not have existed. And yet they did.