Having been raised in near isolation by her naturalist mother, Aslaug is left feeling out of place when her mother dies suddenly, she is thrown into a world she doesn't understand, and she becomes a suspect in her mother's demise.

July 20, 2008 • Host Liane Hansen speaks with first-time novelist Christina Meldrum, a litigator and Harvard graduate. In Madapple, readers enter the lives of a mother and daughter, in which questions about faith, science and religion abound. 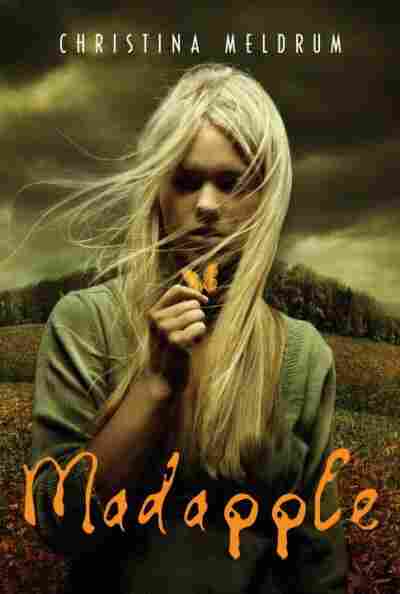 The women resemble schoolgirls with gangly limbs, ruddy cheeks, plaited flaxen hair; they walk holding hands. Yet the older of the two is pregnant; her unborn baby rides high and round. And the younger woman’s left foot scratches a path through the leaves. She seems comfortable with her limp, accustomed to it.

A child darts before them, chasing leaves that swirl at her feet. Her dark hair, tied back in a scant tail, whips behind her. She stumbles, catches herself. “Mor!” she calls out. “Mommy!” Then she points at a bird perched high on a leafless branch, its plump breast berry-like against the low sky.

The older woman hesitates before she recalls the bird’s name. “A robin. The bird is a robin. Soon it will fly south for the winter. It is too cold here in Maine.”

“Men det er ikke koldt. But it is not cold.” The child’s words are malformed; she is not yet three.

“Ikke for Danmark,” the woman says. “Not for Denmark. And certainly not for you, but you are not a robin.”

The robin jerks its head to the side, then back, before it takes flight.

“The robin was looking at you,” the child says to the woman with the limp, not her mother. “He wanted to know your name.”

“Yes!” The child laughs and sprints forward; her laugh is discordant, but the wind carries the sound away, and the woman, Maren, is grateful.

“Sanne reminds me of you when you were small,” the child’s mother says to Maren. “Do you recall what Fader called you? Gnaphalium, remember? That plant known at home as ‘life everlasting.’ You were so full of life.”

“Don’t go back to Denmark, Sara. Stay here with me. Please. Your marriage is ending—you know that. And with Moder’s death, there’s little keeping you. And I can help you. We’ll help each other.”

Sara frees her hand from Maren’s grip. “Fader is still in Denmark. And I told you before, I don’t need your help.”

“Yes, Fader,” Maren says. She reaches toward a plant and runs her index finger along a scar on the fleshy rhizome of the plant. “Solomon’s seal. This plant’s name is Solomon’s seal. See, the mark here. It resembles the seal of King Solomon, the Star of David—the symbol Solomon used to cast away demons, summon angels.”

Sara lifts Maren’s hand from the stalk and turns Maren toward her. “Tell me what’s wrong,” Sara says. “This isn’t about me. Why did you ask us to come? You said you were leaving Denmark to start a new life, but now you want to bring your life in Denmark with you here?”

“I want you here. And Sanne. And your new baby,” Maren says.

“But why? What is wrong? Is it something about Fader?”

“Mor!” the little girl calls out. “Løb efter mig, Mor!” Sanne runs down the path; trampled leaves cling to her scarf and hair. “Chase after me, Mommy!”

“You are pregnant?” Sara says, but she looks at her daughter and the gray sky and the leaves.

“Don’t be angry with me—” Maren says.

But Sara interrupts. “I didn’t even know you knew about such things.” She is fondling her own hands as her eyes search Sanne’s hands, but Sanne’s hands are a blur. “You’re so young, Maren. Maybe you’re mistaken.”

“But you’ve been in the States for less than two months. How could this happen in such a short time?”

“I’m four months pregnant,” Maren says. “Three months less than you. I was pregnant before I arrived.”

Sara wraps her arms around herself and begins walking again, toward Sanne. She can see Sanne’s hands better now: her fingers splayed, and those two webbed fingers not splayed. And she wonders. And then she says, “Before you arrived? But how can that be? I didn’t even know you had a lover. I’ve been like a mother to you since Moder died. How could you have not told me?”

“I didn’t know I was pregnant. I found out the day I asked you to come.”

“But you knew you’d been with someone. You had a lover, Maren. And you didn’t tell me.”

“I’ve flown away, Mor.” Sanne has reached the end of the path. “I’m gone forever.”

—Please state your name for the record.

—And your last name?

—You don’t know your last name?

—Your mother’s name was Maren Hellig, was it not?

—So your last name is Datter?

—What was your father’s name?

—You don’t know who your father is?

—I don’t have a father, other than the one we share.

—You mean God in heaven?

—I never said God is in heaven.

—But you mean God, am I right?

—Well, I’m referring to your biological father. You don’t know who he is?

—I don’t have a biological father.

—Your Honor, the witness is being nonresponsive. She’s being tried here for one count of attempted murder and two counts of murder in the first degree, and she’s playing games—

—Do you have a birth certificate for the witness, Counsel? It seems that document may clarify this matter.

—She has no birth certificate, Your Honor. At least none we’ve found.