by Xingjian Gao and Mabel Lee

The winner of the 2000 Nobel Prize in Literature presents the tale of a man who, having miraculously recovered from terminal cancer, flees his repressive life on a Beijing prison farm and embarks on a spiritual and mythical journey. Reprint. 75,000 first printing.

Amanda Vincent, Diving into the World of Words

Amanda Vincent, Diving into the World of Words 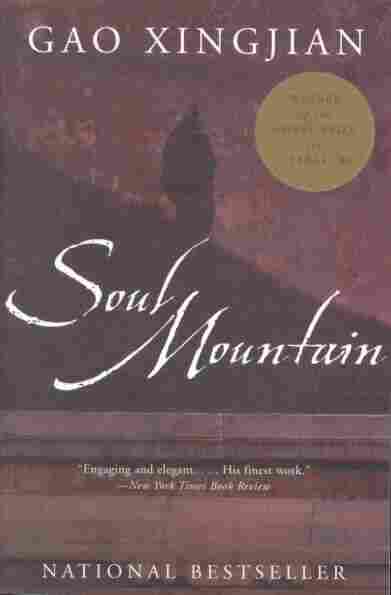 The old bus is a city reject. After shaking in it for twelve hours on the potholed highway since early morning, you arrive in this mountain county town in the South.

In the bus station, which is littered with ice-block wrappers and sugar cane scraps, you stand with your backpack and a bag and look around for a while. People are getting off the bus or walking past, men humping sacks and women carrying babies. A crowd of youths, unhampered by sacks or baskets, have their hands free. They take sunflower seeds out of their pockets, toss them one at a time into their mouths and spit out the shells. With a loud crack the kernels are expertly eaten. To be leisurely and carefree is endemic to the place. They are locals and life has made them like this, they have been here for many generations and you wouldn't need to go looking anywhere else for them. The earliest to leave the place travelled by river in black canopy boats and overland in hired carts, or by foot if they didn't have the money. Of course at that time there were no buses and no bus stations. Nowadays, as long as they are still able to travel, they flock back home, even from the other side of the Pacific, arriving in cars or big air-conditioned coaches. The rich, the famous and the nothing in particular all hurry back because they are getting old. After all, who doesn't love the home of their ancestors? They don't intend to stay so they walk around looking relaxed, talking and laughing loudly, and effusing fondness and affection for the place. When friends meet they don't just give a nod or a handshake in the meaningless ritual of city people, but rather they shout the person's name or thump him on the back. Hugging is also common, but not for women. By the cement trough where the buses are washed, two young women hold hands as they chat. The women here have lovely voices and you can't help taking a second look. The one with her back to you is wearing an indigo-print headscarf. This type of scarf, and how it's tied, dates back many generations but is seldom seen these days. You find yourself walking towards them. The scarf is knotted under her chin and the two ends point up. She has a beautiful face. Her features are delicate, so is her slim body. You pass close by them. They have been holding hands all this time, both have red coarse hands and strong fingers. Both are probably recent brides back seeing relatives and friends, or visiting parents. Here, the word xifu means one's own daughter-in-law and using it like rustic Northerners to refer to any young married woman will immediately incur angry abuse. On the other hand, a married woman calls her own husband laogong, yet your laogong and my laogong are both used. People here speak with a unique intonation even though they are descendants of the same legendary emperor and are of the same culture and race.

You can't explain why you're here. It happened that you were on a train and this person mentioned a place called Lingshan. He was sitting opposite and your cup was next to his. As the train moved, the lids on the cups clattered against one another. If the lids kept on clattering or clattered and then stopped, that would have been the end of it. However, whenever you and he were about to separate the cups, the clattering would stop, and as soon as you and he looked away the clattering would start again. He and you reached out, but again the clattering stopped. The two of you laughed at the same instant, put the cups well apart, and started a conversation. You asked him where he was going.

You'd been to lots of places, visited lots of famous mountains, but had never heard of this place.

Your friend opposite had closed his eyes and was dozing. Like anyone else, you couldn't help being curious and naturally wanted to know which famous places you'd missed on your travels. Also, you liked doing things properly and it was annoying that there was a place you've never even heard of You asked him about the location of Lingshan.

"At the source of the You River," he said, opening his eyes.

You didn't know this You River either, but was embarrassed about asking and gave an ambiguous nod which could have meant either "I see, thanks" or "Oh, I know the place". This satisfied your desire for superiority, but not your curiosity. After a while you asked how to get there and the route up the mountain.

"Take the train to Wuyizhen, then go upstream by boat on the You River."

"What's there? Scenery? Temples? Historic sites?" you asked, trying to be casual.

"It's all virgin wilderness."

"Of course, but not just ancient forests."

"What about Wild Men?" you said, joking.

He laughed without any sarcasm, and didn't seem to be making fun of himself which intrigued you even more. You had to find out more about him.

He shook his head each time then said, "I'm more interested in living people."

"So you're doing research on folk customs? You're a sociologist? An ethnographer? An ethnologist? A journalist, perhaps? An adventurer?"

The two of you started laughing.

"I'm an expert amateur in all of these!"

The laughing made you and him cheerful. He lit a cigarette and couldn't stop talking as he told you about the wonders of Lingshan.

Afterwards, at your request, he tore up...Continues...