The four Willoughby children set about to become "deserving orphans" after their neglectful parents embark on a treacherous around-the-world adventure, leaving them in the care of an odious nanny.

NPR stories about The Willoughbys 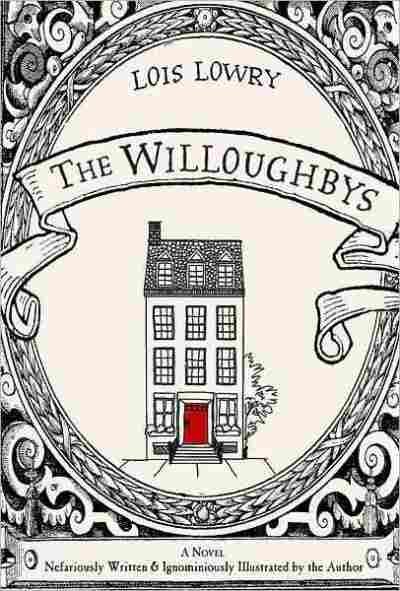 Nanny and the Willoughbys were out for a walk.
This was something that old-fashioned families did from time to time, to expose themselves to invigorating fresh air. Nanny had donned her blue cape, which was the official uniform for nannies.
“Walk briskly, children,” said Nanny, “and swing your arms.” They did so.
“Skip, if you like,” Nanny said. “Skipping is very healthful.” “What is skipping?” Jane asked.
“Yes, what is skipping?” asked the twins.
“It’s like this, dolts,”Tim told them, and he skipped ahead of them to demonstrate.
“No more saying of the word dolt,” Nanny announced.“I dislike it.” “What about dodo?” Jane asked.
“Well, let’s allow dodo for now,” Nanny said after thinking it over. “If someone does something really stupid, it is permissible to call that person a dodo.
“And,” she added, looking at Tim, who had returned, “if you think that was skipping, you are a dodo.This is skipping.” She demonstrated, skipping to the corner of the block with her cape flying behind her. She turned and beckoned to the children, and each of them skipped toward her one by one. Nanny gave some further instructions—a little more left foot,Tim; no timidity, go flat out, A; good job, much better than before, B; and a pat on the back for Jane, who stumbled and skinned her knee but was heroically not crying.
Now, having walked for several blocks and skipped for the last one, the children found that they were on a familiar street.They had not been back to this street since the day they had trudged here hauling a wagon containing a basket with a baby in it. Tim nudged Barnaby A and nodded meaningfully toward the mansion that loomed ahead. Both of the twins gave nervous glances but then looked away and concentrated on remarks about the quality of the asphalt in the street and a particularly odd-shaped cloud in the sky. Jane fell silent and had a sad look. She had liked the baby, actually, though when its hair was cropped she had found it homely. From time to time she had missed it and wondered about it.
Nanny skipped ahead, not noticing that a hush had fallen upon the children.
“The windows are repaired,” Barnaby B pointed out in a whisper.
“And the cat has been fed,” his twin noticed. “It was thin before, but now it’s pudgy.” “Someone has mowed the lawn,”Tim observed.
“Shhhh,” said Jane suddenly. “I hear a giggle.” They stood still, the four of them, and after a moment Nanny returned. She had skipped the entire length of the block, assuming the children were behind her. Now she came back to see why they had stopped. “The important thing in terms of fresh-air intake,” Nanny said to them, “is continuity!
If you stop, you lose your continuity.Why ever are you standing about like dodos? You are breathing stagnant air.”