The last living survivor of a 1911 sweatshop fire, 106-year-old Esther Gottesfeld passes away leaving numerous questions about the fire, which is investigated by her granddaughter Rebecca and a feminist historian with a personal agenda.

July 16, 2006 • The 1911 Triangle Shirtwaist factory fire provides the background for Katharine Weber's mystery. Weber uses her work of fiction to explore various paths to the truth. She talks with Sheilah Kast about the book.

June 27, 2006 • In summer, lots of readers like to tackle complex works of non-fiction. Our book critic tells us why this summer, she turned to two ambitious works of historical fiction: Suite Francaise by Irene Nemirovsky and Triangle by Katharine Weber. 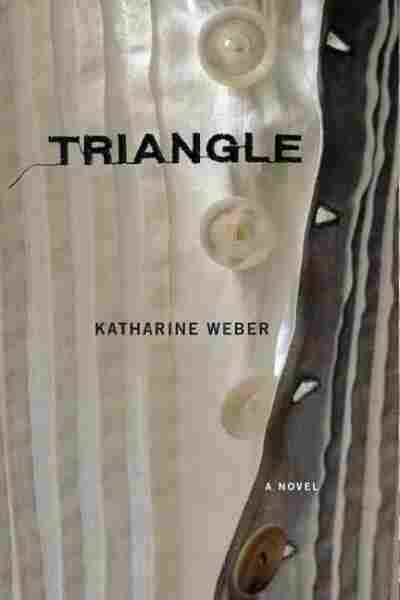 This is what happened. I was working at my machine, with only a few minutes left before the end of the day, I remember so clearly I can still see it, that I had only two right sleeves remaining in my pile—my sister Pauline, she did the left sleeves and I did the right sleeves and between us we could finish sometimes as many as twenty-four shirtwaists in an hour, three hundred shirtwaists on a good day, if the machines didn’t break down and if the thread didn’t break too often, and if nobody put a needle through her finger, which happened all the time and the biggest problem then was you didn’t want to bleed on the goods but you didn’t want to stop work so you took a piece of scrap and you wrapped your finger tight and you kept working—my sister was a little faster than I was and sometimes her finished pile would be high because she did her sleeve first and then I would take from her pile to do the right sleeve but I have to say my seams were the ones always perfectly straight.

And then when I was done, the waist would be finished except for sewing on the buttons and trimming the loose threads, and who did that was the little girls over in the nursery, that’s what we called that corner, the nursery, some of those girls were only ten or eleven years old already working and working, poor things, but what other life did they know? Those little girls would sew on the buttons and cut all the loose threads and then the waist would be ready for pressing.

It was payday that day, it was a Saturday, and the pay envelopes had just been handed out, and before that for a few minutes there was a break and my friend Ida Brodsky, she died, she was a wonderful friend to me, she made a cake for a surprise because of my engagement to Sam, because we had just said a few days before we would get married, we didn’t even get a ring yet, and people were happy for us, all the girls working together, it was so cheerful sometimes even with the hard work. I had my pay envelope and my sister’s also, to keep for her, we each got maybe six or eight dollars or sometimes less, except in a good week, and once we each made twelve dollars for a week’s work but that was an exception, but you could live on that money we made and send some home, too. We thought we were doing well, we were happy enough with what we had, even though the unions told us to get more and told us we shouldn’t be so happy, and they were right, but we were never hungry, we were so young and healthy and strong, and it felt like a chance to get ahead, so we didn’t mind the long days and the terrible loud noise of the machines and the smell of the oil everywhere.

That oil, they had to use it, to keep the machines going, but they could have opened those dirty windows for even a breath of fresh air, it wouldn’t have made us work slower and who knows it might have made us work better, but all the windows were always kept closed tight—and I remember I just took a moment from my machine to tuck the pay packets for both of us into my stocking to be safe like always, I took them both from our boss, Mr. Jacobs, so my sister could keep working for every minute left—and the next day would have been our one day off in the week, so we were looking forward to that—and then there was a big noise behind me, while I was still bending down, like nothing I had ever heard, and I thought, What could that be?

So loud, like an explosion and something breaking all at once! So I turned around, and my sister next to me, she turned around too, and what did we see? Flames! They were just outside the window on the Greene Street side, they were right there behind me. The flames were coming up from the eighth floor but we didn’t know everybody on the eighth floor was already in a commotion and escaping because that’s where the fire started, and a lot of those girls got out before that big noise which was the windows breaking from the fire, mostly they got out from the eighth floor, but we were on the ninth floor, that’s where I worked already for a year with my sister, we learned English so fast and we had these good jobs and our life in America was a big adventure for us. We thought it was fortunate to work on the ninth floor where the bosses gave a little more pay and the really skilled girls, the fastest workers, they had their machines. Maybe that was never true and it was the same on the eighth floor but this is what we thought. Nobody on our floor knew what was happening right underneath us until those windows blew out. More people could have got out if we knew, but nobody told us. They knew on the tenth floor and they all got out, but one. A lot of people below us and everyone above us got out. Only on the ninth floor it was unlucky to be, because nobody told us.