Arranged thematically rather than chronologically, an entertaining collection of reminiscences by the critically acclaimed author of A Boy's Own Story integrates social history and humor as he discusses such topics as "My Shrinks," "My Lovers," "My AIDS," "My Family," "My Brushes with Greatness," and "My Books." 40,000 first printing.

NPR stories about My Lives

July 11, 2006 • Edmund White has been writing about gay culture in fiction and nonfiction since the 1970s. He has a new autobiography, My Lives. White is director of the creative writing program at Princeton University. 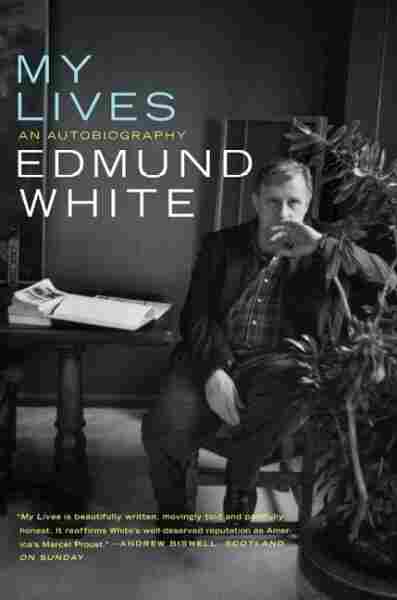 In the mid-1950s, when I was fourteen or fifteen, I told my mother I was homosexual: that was the word, back then, homosexual, in its full satanic majesty, cloaked in ether fumes, a combination of evil and sickness.

Of course I'd learned the word from her. She was a psychologist. Throughout my early childhood, she'd been studying part-time for a master's degree in child psychology. Since I was not only her son but also her best friend, she confided everything she was learning about me — her live-in guinea pig — to me. For instance, I was enrolled in an 'experimental' kindergarten run by Dr. Arlett, my mother's mentor in the department of child psychology at the University of Cincinnati. Dr. Arlett, however, decided after just one semester that I was 'too altruistic' to continue in the school. I was dismissed. I suspect that she meant I was weirdly responsive to the moods of the female teachers-in-training, for whom I manifested a sugary, fake concern, just as I'd learned to do with my mother. No doubt I was judged to be an unhealthy influence on the other kids. But my mother, who chose against all evidence to interpret my vices as virtues, my defeats as victories, decided that what Dr. Arlett really meant was that I was too advanced spiritually, too mature, to hang back in the shallows with my coevals.

My reward was a return to loneliness. We lived at the end of a lane in a small, rented Tudor house. My older sister, who disliked me, was attending Miss Daugherty's School for Girls; she sometimes brought friends home, but she didn't let them play with me. I played alone — or talked to my mother when she wasn't at school or studying.

My mother was intensely spiritual; at least she spoke often of her inner life and said she prayed, though I never saw her pray. She'd been brought up a Baptist in Texas, but she'd converted to Christian Science, initially to please my father but later out of a genuine affinity with the thinking of Mary Baker Eddy. Like Mrs. Eddy, my mother denied the existence of evil (except as it was embodied by my father's mistress) and believed in thinking mightily positive thoughts. She had a pantheistic, nearly Hindu conviction that every living creature was sacred and God a wave cresting out of, then dissolving back into, Universal Mind. When my mother was distraught, which occurred on a daily basis, she found consolation in bourbon and Eddy's Science and Health and Key to the Scriptures. My mother dismissed Mrs. Eddy's hostility to medicine as an ideal beyond our grasp given our current state of imperfect evolution.

She also detected signs in me of a great soul and highly advanced spirituality.

When I was seven my parents divorced. It was a good thing Mom had taken that degree in psychology because now, at age forty-five, she had to go to work to supplement her meager alimony. She labored long hours for low pay as a state psychologist in Illinois and Texas, and later in Illinois again, administering IQ tests to hundreds of grade-school students and even 'projective' tests (the Rorschach, the House-Tree-Person) to children suspected of being 'disturbed.'

True to my status as guinea pig, I was tested frequently. She who was so often overwrought at home, given to rages or fits of weeping, would become strangely calm and professional when administering a test. Her hands would make smoothing gestures, as though the lamplit table between us were that very sea of mind that needed to be stilled back into universality. Her voice was lowered and given a storytelling sweetness ('Now, Eddie, could you tell me everything you see in this inkblot?'). I, too, was transformed when tested, but toward anxiety, since a psychological test was like an X-ray or a blood test, likely to reveal a lurking disease: hostility, perversion or craziness or, even worse, a low intelligence.

I must have been eight when my mother gave me my first Rorschach, for it was during our last summer at our big, rambling vacation house on Mullet Lake, Michigan, which our newly imposed poverty made her sell for the disappointing sum of fourteen thousand dollars. I think she wanted to impress me, or herself, with how well she could separate out the scientific precision of administering a professional test from the messy, emotional squalor of our everyday life.

She wrote down everything I saw in each plate and exactly where in each inkblot I detected a tomb or a diamond. She then went off for a few hours and consulted her thick dark-blue-bound manual of interpretation with its burgundy label. I was afraid of the results, as absolute and inarguable in their objectivity as they were mysterious in their encoding and decoding.

My mother was nearly gleeful when she told me I was a 'borderline psychotic' with 'strong schizophrenic tendencies.' Apparently the most telling sign of my insanity was my failure to see anything human in the inkblots. All I saw were jewels and headstones.

What remained unclear was whether I was inevitably sliding over the frontier toward full-blown psychosis or whether the process was reversible. Did the Rorschach lay bare my essence or my becoming? Was I becoming better or worse?

In fourth grade, no matter how mentally ill I might have been, I continued to get good grades in every subject except arithmetic (we moved too often for me to be able to follow a coherent sequence of math courses). Perhaps the only public sign of craziness was my obsession with playing a king on stage. In third grade, in Dallas, I wrote and starred in The Blue Bird, a script I'd plagiarized from Maeterlinck (my first piece of writing was a plagiarism). My mother rented a gold, bejeweled crown, a blue velvet doublet and white knee breeches from a costume shop.