What Surfing Taught Me About Love, Life, and Catching the Perfect Wave

The award-winning author of The Whale Warriors documents his year-long surfing journey from Southern California down the coast of Mexico, where he witnessed the beauty and power of the natural world associated with surfing sub-culture. Original.

July 25, 2010 • After sailing the Antarctic Sea and traversing the deepest Tibetan gorge, Peter Heller became a "kook," or beginner surfer. It was while surfing in Huntington Beach, Calif. that he caught a glimpse of his next great adventure: a trip down the West Coast, in search of the perfect wave. In Kook he tells the story of that journey, and what he learned along the way. 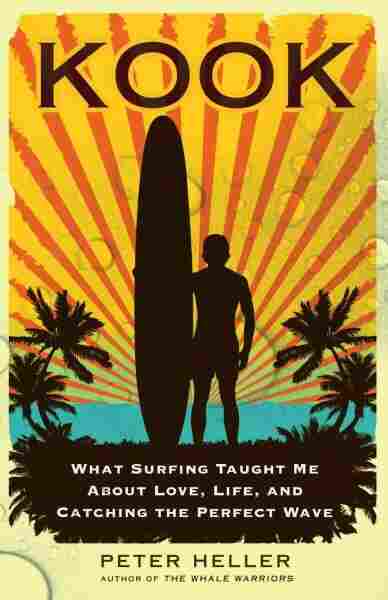 I had watched the seal catch two waves. Now his head popped up beside me where I sat on my board. I almost fell off in surprise. “Hi,” I stammered. He blinked, unafraid and curious. Oh, man, I thought, he wants to be my friend. “Right?” I proffered. The seal didn’t seem to be into conversation. He turned his head toward the open ocean, just like a surfer looking for a set. Wow. These are the kind of moments we dream about. He had position on me. I mean that, technically, he was closer to the peak where the waves broke and so the next wave belonged to him. But no rule of surf etiquette said I had to yield to a pinniped. I’m going, I thought. Next good wave is mine. You can catch waves all day long.

He turned his sleek head and looked at me with such frank and kindly condescension that I winced. What on earth are you doing in my house? he seemed to say. You are such a kook.

Kook means “beginner surfer.” It is not a neutral term; it carries a slug of derision, a brand for the clueless, for those without hope, without grace, without rhythm. To be a kook is to be consigned to a kind of beginner’s hell. The seal disappeared in a swirl of green water. Good. I always messed up when someone was watching. I needed a little alone time.

I sat on the board and focused on the horizon. My ocean-sharpened eyes were hunting set waves—the distinctly bigger, more powerful swells that came like big fat birthday presents out of the Pacific. One was bound to have my name on it.

Was that one? Way, way out? Yes! I turned the board and lay down. Ready!

Surfers, people who actually knew how to surf, spun their boards just under the wave and took off. Not me. I needed a lot of lead time. I started paddling. My wave might not get here for a while, but I’d have some momentum.

The seal’s head popped up, not ten feet away. Now he was about to burst with glee. Evidently he thought I was hilarious. He kept his head half turned, eyes unblinking and locked on mine as he effortlessly cruised beside me on my right. Go ahead, laugh! I thought. You won’t be the first, but I’m getting this wave. I already suspected he could read my mind, so I added, Big shot.

I looked once over my shoulder. Oh, man, there it was, the building wall, barreling in just behind, steepening, lifting. This was it. The wave picked up my tail and shot me forward. Yes! Okay, okay, pop up!

In the split second it took to attempt the most crucial move in surfing—from passenger-prone to standing and in control—two thoughts flashed: Anything is possible. And: What the hell am I doing here?