Portrait of an Addict As a Young Man

Portrait of an Addict As a Young Man

The author chronicles the dark secret life he led when, despite building for himself a respectable career as a literary agent, he embraced crack cocaine; went on a two-month binge; and lost his job, his home, and all his money.

NPR stories about Portrait of an Addict As a Young Man 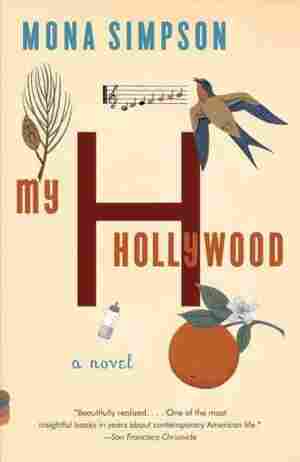 'Portrait Of An Addict': One Man's Rise And Fall

June 26, 2010 • By the time Bill Clegg reached his mid-30s, he had checked all the boxes that would allow him to be defined as a success. But there was something else: Bill Clegg was a crack addict. His new book, Portrait of an Addict as a Young Man, tells the story of an addiction that almost cost him everything.

'Portrait Of An Addict': One Man's Rise And Fall

Excerpt: Portrait Of An Addict As A Young Man 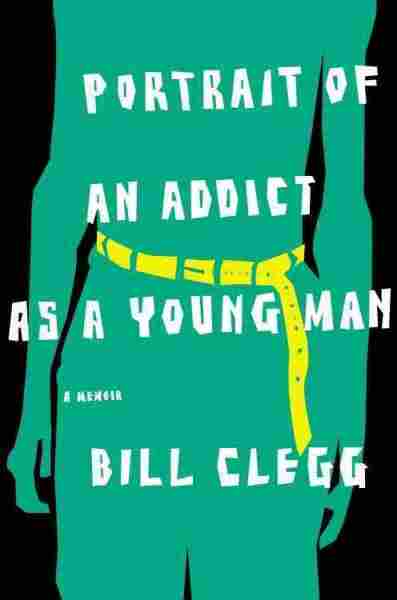 Portrait of an Addict as a Young Man


I can’t leave and there isn’t enough.

Mark is at full tilt, barking hear-it-here-first wisdom from the edge of his black vinyl sofa. He looks like a translator for the deaf moving at triple speed—hands flapping, arms and shoulders jerking. His legs move, too, but only to fold and refold at regular intervals beneath his tall, skeletal frame. The leg crossing is the only thing about Mark with any order. The rest is a riot of sudden movements and spasms—he’s a marionette at the mercy of a brutal puppeteer. His eyes, like mine, are dull black marbles.

Mark is squawking about a crack dealer he used to buy from who’s been busted—how he saw it coming, how he always does—but I’m not paying attention. All that matters to me is that we’ve reached the end of our bag. The thumb-size clear plastic mini zip-lock that once bulged with chunks of crack is now empty. It’s daybreak and the dealers have turned off their phones.

My two dealers are named Rico and Happy. According to Mark, all crack dealers are named Rico and Happy. Rico hasn’t shown up the last few times I’ve called. Mark, who makes it his business to know the day-to-day movements and shifting status of a handful of dealers, says Rico’s Xanax habit has resurfaced and is beginning to slow him down. Last year he didn’t leave his apartment in Washington Heights for three months. So for now I call Happy, who shows up after midnight when the $1,000 limit on my cash card zeroes out and I can start withdrawing again. Happy is the more reliable of the two, but Rico will often deliver at odd hours when the other dealers won’t. He’ll come in the middle of the day, hours late but when the rest are asleep and closed for business. He’ll complain and give you a skimpy bag, but he’ll come. With Mark’s phone, I dial Rico’s number but his voice mail is full and not accepting messages. I dial Happy’s and it goes straight to voice mail.

Happy and Rico sell crack. They don’t sell cocaine to be inhaled, pot, Ecstasy, or anything else. I buy only bags of precooked crack. Some people will insist on cooking their own—a tricky operation that involves cocaine, baking soda, water, and a stove top—but the few times I tried this, I wasted the coke, burned my hands, and ended up with a wet glob that was barely smokable.

Give me the scraper, Mark barks. His stem—the small glass tube packed on one end with Brillo pad wire—is caked with residue, so after he scrapes it out and packs the end again, we can count on at least a few more hits. He folds his legs in a spidery arrangement and for a moment appears as if he will tip over. He looks like he’s in his sixties—gray-faced, wrinkled, jutting bones—but claims he’s in his early forties. I’ve been coming to his apartment for over three years, with increasing frequency, to get high.

I pass him the craggy metal strip that had until last night been the support behind the nylon web of an umbrella. Scrapers come from all sorts of things—wire coat hangers mostly, the ones without paint; but umbrellas have long thin metal strips, sometimes hollow half cylinders, that are particularly effective at cleaning out stems and generating a miracle hit or two when the bag is empty and before the need comes to check the couch and floor for what I call crumbs, what Mark calls bits, but what all crack addicts know is their last resort until they can get another bag.

I reach toward Mark to pass him the scraper and he flinches. The stem slips from his hands, falls in slow motion between us, and shatters on the scuffed parquet floor.

Mark gasps more than speaks. Oh. Oh no. Oh Jesus, no. In a flash he’s down on all fours picking through the debris. He rescues several of the larger pieces of glass, brings them back to the coffee table, lays them out, one by one, and begins picking and scratching at them with the scraper. Let’s see. Let’s see. He mumbles to himself as he maneuvers frantically over each shard. Again, his joints and hands and limbs seem animated not by life but by strings pulling and tugging him—furiously, meticulously—through a marionette’s pantomime of a fevered prospector scrabbling through his pan for flecks of gold.

Mark finds no gold. He puts down the scraper, the bits of glass, and his movements come to a halt. He collapses back into the couch, where I can practically see the strings that held him aloft now glide down around him. The bag is empty and it’s six a.m. We’ve been at it for six days and five nights and all the other stems are destroyed.

Morning glows behind the drawn blinds. Minutes pass and nothing but the low whine of the garbage trucks outside cuts the quiet. My neck throbs and the muscles in my shoulder feel thick and tight. The throbbing keeps time with my heart, which slams in my chest like an angry fist. I can’t stop my body from rocking. I watch Mark get up to begin sweeping the glass and notice how his body rocks with mine, how our sway is synchronized—like two underwater weeds bending to the same current—and am both horrified and comforted to recognize how alike we are in the desolate crash that follows when the drugs run out.

The creeping horror of these past few weeks—relapsing; leaving Noah, my boyfriend, at the Sundance Film Festival nearly a week early; e-mailing my business partner, Kate, and letting her know that she can do what she wants with our business, that I’m not coming back; checking in and out of a rehab in New Canaan, Connecticut; spending a string of nights at the 60 Thompson hotel and then diving into the gritty crackscape of Mark’s apartment with the drifters there who latch onto the free drugs that come with someone on a bender. The awful footage of my near-history flashes behind my eyes, just as the clear future of not having a bag and knowing another won’t be had for hours rises up, sharp as the new day.

I don’t know yet that I will push through these grim, jittery hours until evening, when Happy will turn his cell phone back on and deliver more. I don’t yet know that I will keep this going—here and in other places like it—for over a month. That I will lose almost forty pounds, so that, at thirty-four, I will weigh less than I did in the eighth grade.

It’s also too soon to see the new locks on my office door. Kate will change them after she discovers I have come in at night. This will be weeks from now. She’ll worry that I might steal things to pay for drugs, but I’ll go there only to sit at my desk a few more times. To say good-bye to the part of me that, on the surface anyway, had worked the best. Through the large open window behind my desk, I’ll look out at the Empire State Building, with its weary authority and shoulders of colored light. The city will seem different then, less mine, farther away. And Broadway, ten stories below, will be empty, a dark canyon of gray and black stretching north from 26th Street to Times Square.

On one of those nights, before the locks are changed, I’ll climb up into the window and dangle my feet, scooch close to the edge and hover there in the cold February air for what seems like hours. I’ll crawl down, sit at the desk again and get high. I’ll remember how excited everyone was when we opened nearly five years before. Kate, the staff, our families. My clients—novelists, poets, essayists, short story writers—came with me from the old literary agency, the place where I’d started as an assistant when I first came to New York. They came with me, and there was so much faith in what lay ahead, so much faith in me. I’ll stare at all the contracts and memos and galleys piled on my desk and marvel that I once had something to do with these things, those people. That I had been counted on.

On Mark’s couch I watch my legs shake and wonder if there is a Xanax in his medicine cabinet. I wonder if I should leave and find a hotel. I have with me my passport, the clothes on my back, a cash card, and the black NYC Parks & Rec Department cap I recently found in the back of a cab, the one with the green maple leaf stitched on the front. There is still money in my checking account. Almost forty grand. I wonder how I’ve made it this far; how by some unwanted miracle my heart hasn’t stopped.

Mark is shouting from the kitchen, but I don’t hear what he’s saying.

My cell phone rings, but it is buried under a pile of blankets and sheets in the next room, and I don’t hear that either. I’ll find it later, the voice mail full of terrified calls from friends and family and Noah. I’ll listen to the beginning of one and erase it along with the rest.

I won’t hear the tumble of the new locks on the door of the apartment where Noah and I have lived for eight years—how the sound has changed from a bright pop to a low click as the bolt flies free while his hand turns the new key for the first time. I can’t hear any of this. Cannot feel any of these things that have happened or are about to as the construction that was my life dismantles—lock by lock, client by client, dollar by dollar, trust by trust.

The only thing I hear as Mark angrily sweeps the glass from the floor, and the only thing I feel as the city rustles to life outside, are the barking demands at the end of the marionette strings. Through the endless morning and the crawling afternoon hours, and after, they grow louder, more insistent; tug harder, yank rougher, shake the cash card from my wallet, dollars from my pockets, loose change from my coat, color from my eyes, life out of me.