Oslo is sweltering in the summer heat when a young woman is murdered in her flat. One finger has been cut off and a tiny red diamond in the shape of a pentagram—a five-pointed star—is found under her eyelid. Detective Harry Hole is assigned the case with Tom Waaler, a colleague he neither likes nor trusts. He believes Tom is behind a gang of arms smugglers—and the murder of his partner. But Harry, an off-the-rails alcoholic, is barely holding on to his job and has little choice but to play nice. Five days later, another woman is reported missing. When her severed finger is found adorned with a star-shaped red diamond ring, Harry fears a serial killer is on the loose. Determined to find the killer and expose the crooked Tom Waaler, Harry discovers the two investigations melding in unexpected ways. But pursuing the truth comes at a price, and soon Harry finds himself on the run and forced to make difficult decisions about a future he may not live to see. Translated by Don Bartlett.

NPR stories about The Devil's Star 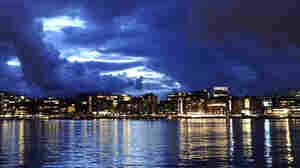 July 23, 2012 • The Norwegian author does his best to show NPR's Eric Westervelt that Oslo really does have a seedy side. In his fiction, at least, Nesbo's city is full of shady characters who draw the attention of the reckless, alcoholic detective Harry Hole. 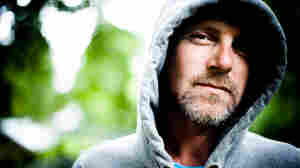 Jo Nesbo is author of the Harry Hole detective series and many other works of crime fiction. He is lead singer and songwriter of the Norwegian rock band Di Derre. H. Kon Eikesdal hide caption

April 10, 2010 • A serial killer is on the loose in Norway, leaving his victims with mysterious, star-shaped, red marks on their bodies. It's up to hard-drinking, crime-fighting detective Harry Hole to track down the murderer in novelist Jo Nesbo's Scandinavian thriller.