The Dirt : Confessions of the World's Most Notorious Rock Band

An incisive, thoroughly illustrated chronicle of the career of M÷tley Crne, one of rock music's most provocative and notorious bands, provides an insider's view of rock stardom, capturing the rebellion, sex, insanity, drug abuse, and rollicking fun of it all. Reprint. 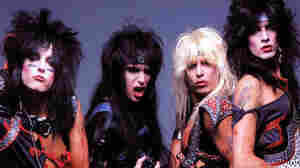 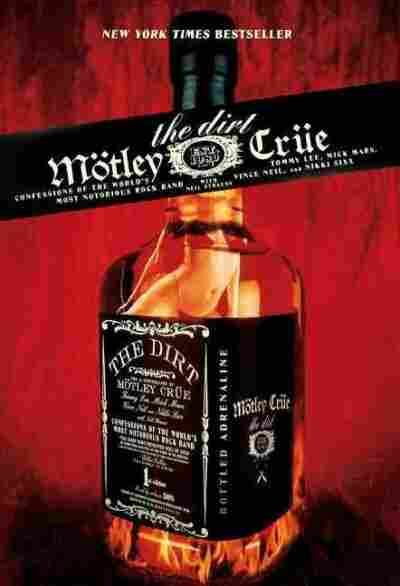 Confessions of the World's Most Notorious Rock Band

Of and concerning the first house, wherein Tommy is
caught with his knickers down and his baubles in a hole;
Nikki is set on fire to the eminent displeasure of the carpet;
Vince covets narcotics on the person of David Lee Roth;
and Mick maintains a righteous and bemused distance.

Unfortunately, it wasn't just cum she sent flying around the house. It was dishes, clothes, chairs, fists — basically anything within reach of her temper. Up until then, and I'd lived in Compton, I'd never seen anyone get that violent. One wrong word or look would cause her to explode in a jealous rage. One night, Tommy tried to keep her away by jamming the door to the house shut — the lock was long since broken from being repeatedly kicked in by the police — and she grabbed a fire extinguisher and threw it through the plate-glass window to get inside. The police returned later that night and drew their guns on Tommy while Nikki and I hid in the bathroom. I'm not sure which we were more scared of: Bullwinkle or the cops.

We never repaired the window. That would have been too much work. People would pour into the house, located near the Whisky A Go-Go, for after-hours parties, either through the broken window or the warped, rotting brown front door, which would only stay closed if we folded a piece of cardboard and wedged it underneath. I shared a room with Tommy while Nikki, that fucker, got the big room to himself. When we moved in, we agreed to rotate and every month a different person would get the solo room. But it never happened. It was too much work.

It was 1981, and we were broke, with one thousand seven-inch singles that our manager had pressed for us and a few decimated possessions to our name. In the front room sat one leather couch and a stereo that Tommy's parents had given him for Christmas. The ceiling was covered with small round dents because every time the neighbors complained about the noise, we'd retaliate by pounding on the ceiling with broom handles and guitar necks. The carpet was filthy with alcohol, blood, and cigarette burns, and the walls were scorched black.

The place was crawling with vermin. If we ever wanted to use the oven, we had to leave it on high for a good ten minutes to kill the regiments of roaches crawling around inside. We couldn't afford pesticides, so to exterminate the roaches on the walls we would take hair spray, hold a lighter to the nozzle, and torch the bastards. Of course, we could afford (or afford to steal) important things like hair spray, because you had to have your hair jacked up if you wanted to make the rounds at the clubs.

The kitchen was smaller than a bathroom, and just as putrid. In the fridge there'd usually be some old tuna fish, beer, Oscar Mayer bologna, expired mayonnaise, and maybe hot dogs if it was the beginning of the week and we'd either stolen them from the liquor store downstairs or bought them with spare money. Usually, though, Big Bill, a 450-pound biker and bouncer from the Troubadour (who died a year later from a cocaine overdose), would come over and eat all the hot dogs. We'd be too scared to tell him it was all we had.

There was a couple who lived down the street and felt sorry for us, so every now and then they'd bring over a big bowl of spaghetti. When we were really hard up, Nikki and I would date girls who worked in grocery stores just for the free food. But we always bought our own booze. It was a matter of pride.

In the kitchen sink festered the only dishes we owned: two drinking glasses and one plate, which we'd rinse off now and then. Sometimes there was enough crud caked on the plate to scrape a full meal from, and Tommy wasn't above doing that. Whenever the trash piled up, we'd open the small sliding door in the kitchen and throw it onto the patio. In theory, the patio would have been a nice place, the size of a barbecue and a chair, but instead there were bags of beer cans and booze bottles piled up so high that we'd have to hold back the trash to keep it from spilling into the house every time we opened the door. The neighbors complained about the smell and the rats that had started swarming all over our patio, but there was no way we were touching it, even after the Los Angeles Department of Health Services showed up at our door with legal papers requiring us to clean the environmental disaster we had created.

Our bathroom made the kitchen look immaculate in comparison. In the nine or so months we lived there, we never once cleaned the toilet. Tommy and I were still teenagers: We didn't know how. There would be tampons in the shower from girls the night before, and the sink and mirror were black with Nikki's hair dye. We couldn't afford — or were too lazy to afford — toilet paper, so there'd be shit-stained socks, band flyers, and pages from magazines scattered across the floor. On the back of the door was a poster of Slim Whitman. I'm not sure why.

Outside the bathroom, a hallway led to two bedrooms. The hall carpet was spotted with charred footprints because we'd rehearse for our live shows by setting Nikki on fire, and the lighter fluid always ended up running down his legs.Continues...