Focuses on the network of writers and readers who gathered around Percy Bysshe Shelley and the campaigning journalist Leigh Hunt. They included Lord Byron, John Keats, and Mary Shelley, as well as a host of lesser-known figures: Mary Shelley's stepsister and Byron's mistress, Claire Clairmont; Hunt's botanist sister-in-law, Elizabeth Kent; the musician Vincent Novello; the painters Benjamin Haydon and Joseph Severn; and writers such as Charles and Mary Lamb, Thomas Love Peacock, and William Hazlitt. Theywere characterized by talent, idealism, and youthful ardor, and these qualities shaped and informed their politically oppositional stances—as did their chaotic family arrangements, which often left the young women, despite their talents, facing the consequences of the men's philosophies. 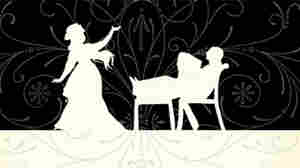 June 3, 2010 • Maureen Corrigan has booked an armchair getaway this summer with four books that will send her traveling through time. From turn-of-the-last-century New York tenements, to the 1939 World's Fair, to literary romance on the shores of Lake Geneva, these books will take you to places even the most luxurious vacations can't go.