Title
The Man in the Wooden Hat
Author
Jane Gardam

Tells the story of the fifty-year marriage of barrister Filth and his wife Betty, which is filled with secrets and hidden desires.

NPR stories about The Man in the Wooden Hat 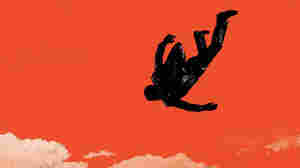 December 23, 2009 • Many of the picks from Fresh Air's book critic look back at tough times from earlier eras, or lives upended by disaster. The best books of the year include a work of nonfiction that reveals the hidden fantasy land of a founder of American industry, and a novel that doesn't apologize for the bad behavior of its characters. Plus, a bonus mystery pick. 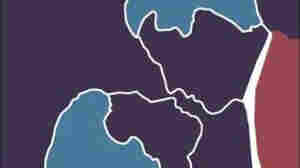 The Inner Life Of An Imperfect Marriage

October 22, 2009 • Jane Gardam has spent her long career writing dry, honest books about British life. Her new novel, The Man in the Wooden Hat, showcases the regrets of a woman never quite sure that marrying her husband was the right choice. Critic Maureen Corrigan calls Gardam the best British writer you've never heard of.

The Inner Life Of An Imperfect Marriage

Excerpt: 'The Man in the Wooden Hat'

October 22, 2009 • Jane Gardam — a.k.a. the best contemporary British writer you probably haven't heard of — charts the life of an imperfect marriage in her newest novel,The Man In The Wooden Hat.

Excerpt: The Man In The Wooden Hat 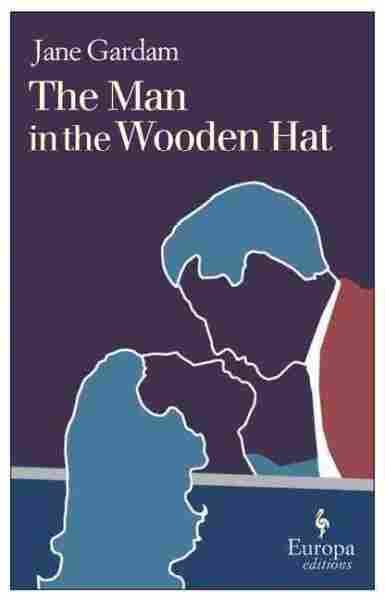 There is a glorious part of England on the Dorset-Wiltshire border known as The Donheads. The Donheads are a tangle of villages loosely interlinked by winding lanes and identified by the names of saints. There is Donhead St Mary, Donhead St Andrew, Donhead St James and, among yet others, Donhead St Ague.

This communion of saints sometimes surprises newcomers to the area if they are not religious and do not attach them to the names of each village's church. Some do, for the old families here have a strong Roman Catholic tinge. It was Cavalier country. Outsiders, however, who have bought up the village houses and the old cottages of the poor, call The Donheads 'Thomas Hardy country' and so it is described by the estate agents.

And not entirely truthfully, for Hardy lived rather more to the southwest. The only poet celebrated for visiting a Donhead seems to be Samuel Taylor Coleridge who came to see a local bookish big-wig but stayed for only one night. Perhaps it was the damp. The Donhead known as Ague seems connected to no saint and is thought to be a localised Bronze Age joke. Nobody would call a child Ague and almost everyone suffers from aching joints. Even so, it is the most desirable of all the villages, the most beautiful and certainly the most secluded, deep in miles of luxuriant woodland, its lanes thick with flowers. The small farms have all gone and so have the busy village communities. The lanes are too narrow for modern-day agricultural machinery that thunders through more open country. Traffic danger in the Donheads is in the speeding motor bike or young idiot in a new car or the odd bus-load of the aged and infirm being taken to their granny-clubs in Salisbury. At weekends of course the rich come rolling down from London in huge cars full of provisions bought in metropolitan farmers' markets. These people make few friends in their second homes, unless they have connections to the great houses that still stand silent in their parks, still have a butler and are owned by usually-absent celebrities. There is a lack of any knock-about young.

Which makes the place attractive to the retired rich, professional classes. There is a wide scattering of lawyers who had the wit to snap up a property here years ago. Their children try not to show their anxiety that the agues of years will cause the old things to be taken into Care Homes and their houses pounced upon by the Inland Revenue.

In Donhead St Ague there is a rough earth slope, too countrified to be called a driveway off to the left of the village hall. Almost at once it divides into separate branches, one left, one right. At the end of the left-hand driveway stands the excellently modernised old farmhouse of Sir Edward Feathers, QC (retired) who has lived there at peace for years. His wife Elisabeth - Betty - died some years ago while she was planting tulips against an old red wall. The house lies low, turned away from the village, towards the chalk line of the horizon and an ancient circle of trees on a hill top. The right-hand driveway turns steeply upwards in the other direction to be lost in pine trees. Round the corner, high above it, is a patch of yellow gravel and a house of ox- blood brick but, apart from one impediment, it shares the same splendid view as Eddie Feathers' house below. The impediment is Feathers' great stone chimney that looks older than the house and has a star among the listed glories of the area. Maybe the house was once a bakery. The people in the ugly house above have to peep round the chimney to see the sunset.

They have been the same old local people there however for years and are even-tempered. The house has become a sort of dower house for elderly members of a farming family who don't mix and, anyway, farmers seldom look at a view. They have never complained.

One day, however, they are gone. Vans and cars and 'family members' whisk them all away and leave Eddie Feathers to enjoy the view all by himself. He is rather huffed that none of them called to say goodbye, though for over twenty years he had never more than nodded to them in a chance encounter by the road. He wondered, vaguely, who would be his new neighbours. But not much.

The village wondered, too. Someone had seen the hideous house above advertised for sale in Country Life at an astounding price, the photograph making it look like a fairy palace, with turrets. And no chimney in sight.

But nobody came to visit it for some time. A London firm of estate agents put up a smart notice down by the road which Edward Feathers fumed about, not only because of the vulgarity of having to advertise a house in The Donheads, especially in St Ague, but because someone might just possibly think that it referred to his.

Weeks and months passed. The right-hand driveway became overgrown with weeds. Somebody said they had seen something peculiar going on there one early morning. A dwarf standing in the lane. But nothing of any newcomer.

'Well, that's what the paper-boy said. Dropping in Sir Edward's paper down that bit of drainpipe. Seven in the morning. Mind, he's not what he was.' (The paper-boy was seventy.)

'There are no dwarfs now. They've found a way of stopping it.'

A long interval passed between the sighting of the dwarf and the removal of the For Sale notice and then, one winter's day, a single van arrived and was quickly away again. Who had bought the upper house nobody knew. After a time Edward Feathers, on his morning constitutional to the lane-end to collect his Daily Telegraph from the length of drain-pipe attached to the rough handrail at the foot of the slope, saw that a second bit of drain-pipe had been fastened to the handrail of his neighbour across the lane. The paper was not The Daily Telegraph. It was thicker and stubbier and from what he could see it was The Guardian.

How insolent! To copy his invention for a rain-proof newspaper without his permission! He marched off on his emu legs, chin forward, plunging his Airedale-headed walking-stick into the road. He met a woman he often met on his morning walk, his neighbour Dulcie, bright and smiling as usual. When he had slashed his way by she said to her dog, 'So - what's the matter with him today?'

She did not know what was to come.

About a month after the newcomer's arrival a new telephone was installed at the ugly high house (The Donheads move slowly) and the newcomer used it to telephone the village shop in a more distant Donhead. He thanked them for the delivery of his daily paper and would the shop kindly put up a postcard in their window advertising for daily help? What was the going rate? Excellent. Double it. And stipulate laundry. The newcomer had lived in the Far East and was ashamed to say that he was totally incapable of looking after himself.

'My wife is dead. She was Chinese. I'm afraid she had no idea how to do laundry either. We had servants.'

'We'll do our best,' said the shop. 'You sound just like your neighbour. He was from Hong Kong way. He's a lawyer.'

'What name shall I put on the card, sir? Perhaps you are a lawyer, too?'

'Well, fancy that. You may be friends.'

'My name is Veneering.'

'Your neighbour is Sir Edward Feathers.'

There was a terrible silence. The telephone was put down. 'Funny one we've got now,' said the shop to Eddie Feathers' daily who was in buying marmalade for him. 'Not a bundle of fun.'

'Makes two of them,' said Kate, and half an hour later, letting herself in to the Feathers' domain, 'What about this then? Next door it's another lawyer and he's from Singapore-way, too. His name's Veneering. That's a queer name if ever. Is it Jewish? He's wanting a domestic, and don't you worry, I've said I'm not available. There's enough to do here. I'll find him someone but-Sir Edward, what's wrong? You've turned greenish. Sit down and I'll get you your cup of tea.'

After a long time looking at his fire, burning brightly in the great chimney Feathers also said 'I must move.'