Recommends the best recordings of the three hundred most important classical works, and provides background information on each composer 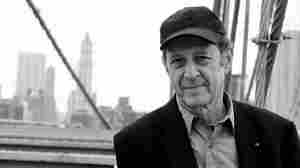 Jeffrey Herman/courtesy of the artist

January 12, 2010 • The composer's Music for 18 Musicians was a breakthrough work in the history of minimalism and a watershed moment in Reich's career. Its lush textures and expansion of a static harmonic situation make for a dynamic work, bringing elements of "maximalism" to minimalism. 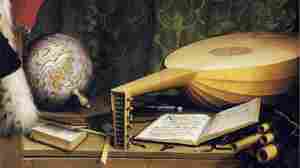 January 5, 2010 • Dowland was an important and beloved composer at a time when there was no dichotomy between popular and classical music. He was, in effect, an Elizabethan-era pop musician. The dark, wistful mood that pervades Dowland's lute music was, in its day, a sign of maturity and intelligence. 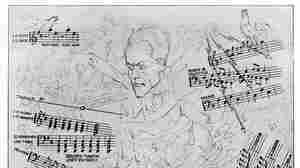 December 29, 2009 • Mahler's grand-scale "Resurrection" Symphony marked the real beginning of his career as a composer. It's the work with which he answered the metaphysical challenge of Beethoven's Ninth, with a turbulent beginning and a triumphant conclusion. 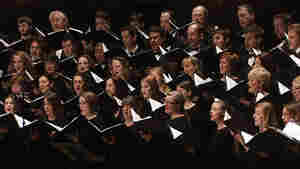 December 22, 2009 • Handel's deeply felt musical setting of the life of Christ conveys the emotional tide of its story with almost miraculous insight. In the process, it's acquired a universality that is unique in the history of music. 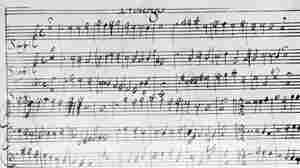 December 15, 2009 • Monteverdi stood on the divide between two great musical periods, the Renaissance and the Baroque. His Vespers illustrates a mastery at blending the new with the old in a way that's coherent, expressive and moving, especially in John Eliot Gardiner's atmospheric recording made in Venice. 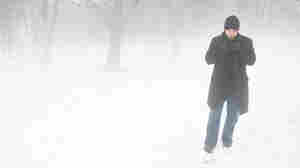 December 8, 2009 • The song cycle Winterreise stands among the masterpieces in the art of song. Schubert conjures up harmonic twists and melodic turns, conveying emotions with remarkable simplicity and force. 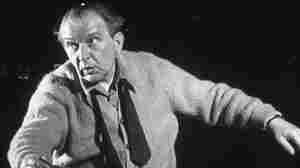 December 1, 2009 • After all these years, conductor Fritz Reiner's 1955 recording of Bartok's music remains the best. He understood the poignant, brooding, mysterious and exuberant moods it explores, and the Chicago Symphony Orchestra plays as if it has been set on fire. 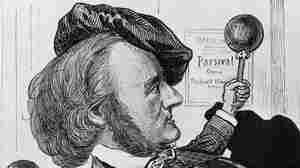 November 17, 2009 • The German composer utilizes powerful orchestral sounds, as well as silence, to elicit a psychological and emotional response from the listener. Who better than conductor Daniel Barenboim, a veteran of the opera pit, to pull it all off? 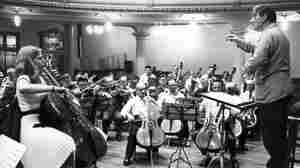 November 10, 2009 • The concerto was the English composer's last major work for orchestra, as well as his most confessional. In this recording, cellist Jacqueline Du Pre gives one of her finest performances, exposing both gentleness in the pain and an edge to the tenderness. 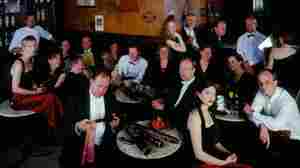 November 3, 2009 • Subtle and brilliant at the same time, J.S. Bach's Brandenburg Concertos are a microcosm of Baroque music. They contain an astonishingly vast sample of that era's emotional universe. 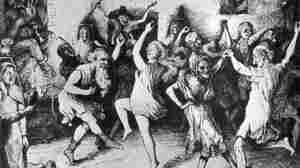 October 27, 2009 • It may have been written in 1830, but Berlioz's groundbreaking music provides the soundtrack to some wild nights — complete with dancing, drugs, an execution and a rowdy party of witches. The symphony's unusual effects and instruments tell the story of a wild-eyed musician in love. 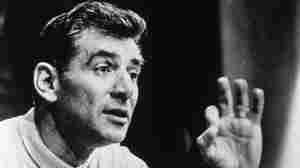 October 20, 2009 • Shostakovich's Symphony No. 5 works brilliantly as pure music and achieves a "victorious" closer that ends with the triumph of evil over good. Leonard Bernstein and the New York Philharmonic made their historic recording of Symphony No. 5 exactly 50 years ago Tuesday in Boston's Symphony Hall. 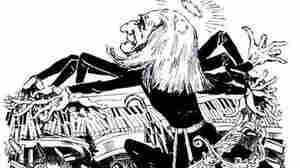 October 13, 2009 • Franz Liszt's Piano Sonata in B minor demands the utmost from the performer in musical as well as technical terms. It's a piece that in the best performances can spark a powerful emotional experience in the listener. 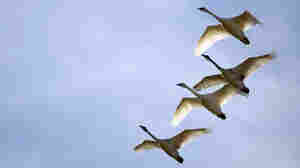 October 6, 2009 • Finnish composer Jean Sibelius introduces some of his most memorable ideas in his fifth symphony. Inspired by swans in flight, the symphony ends in a magnificent blaze of glory. 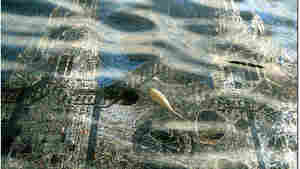 September 29, 2009 • The subtle, elusive quality of Debussy's twenty-four preludes is captured perfectly by pianist Paul Jacobs, who plays them with a tolling, bell-like sound. The Bosendorfer piano he uses has a sound similar to that of Debussy's early 20th-century pianos. 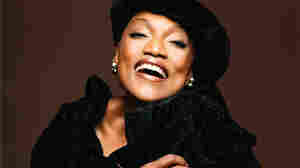 September 22, 2009 • Jessye Norman's voice is built for Strauss' final songs, which sound at once intimate and grand. With impeccable control over phrasing, she sings long-breathed lines at the softest volume, yet with full tone. 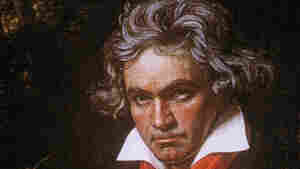 September 15, 2009 • Beethoven pushed the piano as far as the instrument could go — it was his instrument. Pianist Emil Gilels gives intense, powerful performances of three of the master's greatest sonatas. 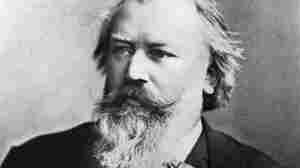 Appealing To The Masses: Brahms' Requiem

September 8, 2009 • With its German text and emphasis on consoling the living, Brahms' decidedly non-Latin Requiem was unlike anything that had come before it. Hear conductor Otto Klemperer's soulful rendering of Brahms' personal and rapturous music. 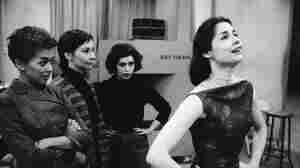 September 1, 2009 • The original Broadway cast recording of Bernstein's West Side Story was made only three days after the show opened. More than 50 years later, the performers' fresh vitality still shines through. 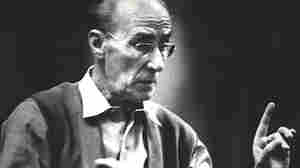 Evgeny Mravinsky's intense Tchaikovsky recordings are among the most hair-raising performances captured on disc. hide caption

August 25, 2009 • No one possessed the nerve, or ability, to perform Tchaikovsky's final symphonies with as much dark and passionate intensity as the Russian conductor Evgeny Mravinsky. 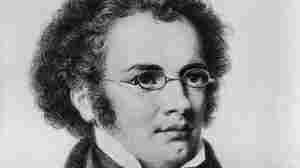 August 18, 2009 • In this bittersweet music, Schubert added an extra cello to the standard string quartet, and in the process created a completely new sound for a small string ensemble. Hear a performance that deeply probes Schubert's personal brand of lyrical melancholy. 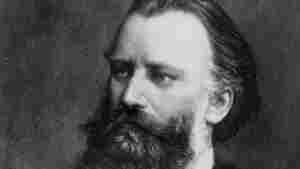 In the final movement of his Fourth Symphony, Johannes Brahms releases a pent-up tide of emotion. Getty Images hide caption

August 11, 2009 • Whenever the reclusive Carlos Kleiber conducted an orchestra, it was a major event. Hear him bring out all the pent-up emotions in Brahms' final symphony, with the help of the Vienna Philharmonic. 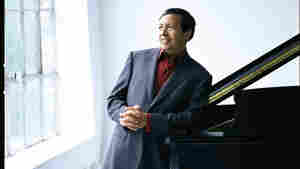 August 4, 2009 • Bach's Goldberg Variations function not only as a brilliant investigation of a sublime theme, but also as a masterly compendium of style and a study in how to write idiomatically for the keyboard. Murray Perahia's recording combines energetic rhythms with seasoned musicality. 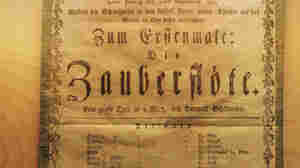 The original poster advertising the premiere of The Magic Flute on Sept. 30, 1791, is on display at the birth home of Wolfgang Amadeus Mozart. Getty Images hide caption

July 28, 2009 • Mozart's The Magic Flute, written in the last year of his life, was a forerunner of German Romantic opera. Critic Ted Libbey recommends a specific performance by a fabulous all-star cast. 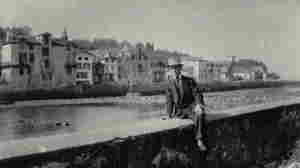 July 21, 2009 • Ravel's magical orchestration and subtle sensuality bring an aura of poetry to this pastoral drama. Jean Martinon guides the Chicago Symphony in this 1964 recording.

Excerpt: The Npr Guide To Building A Classical Cd Collection 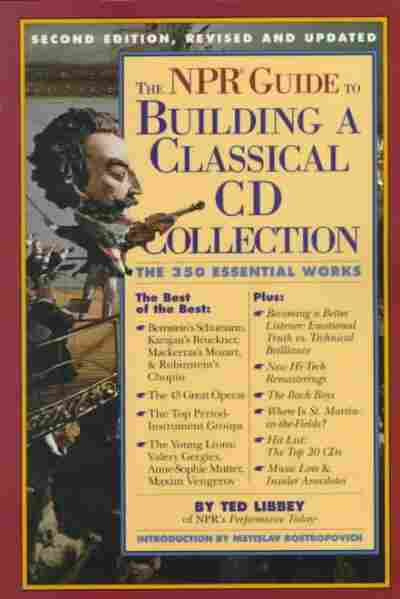 On the programs of American symphony orchestras, the American composer whose music is most frequently encountered is not Aaron Copland, Leonard Bernstein, or George Gershwin, but Samuel Barber (1910-1981). For many years, Barber's Adagio for Strings has been the most frequently performed concert work by an American composer. This intense, elegiac piece was originally the opening part of the second movement of Barber's String Quartet, Op. 11; the composer then scored it for string orchestra at the request of conductor Arturo Toscanini, who gave the first performance of the arrangement in 1938 with the NBC Symphony Orchestra. The music begins quietly with a feeling of subdued but deep sadness, builds to a searing climax of extreme poignancy, and subsides again into the stark, melancholy mood of its opening.

Though familiar from repeated playings (and from use in Oliver Stone's film Platoon), the Adagio for Strings remains one of the most moving and beautiful elegies ever conceived, an outstanding example of Barber's remarkable lyric gift.

EMI CDC 49463 [with Overture to The School for Scandal, Essays Nos. 1-3 for Orchestra, and Medea's Meditation and Dance of Vengeance]

The most beautiful recording ever made of the Adagio for Strings is at last on CD, thoughtfully coupled with some of the other recordings the young Thomas Schippers made for Columbia Masterworks-of the music of Barber and others-between 1960 and 1965, at the start of his all-to-brief career. Although he was never on close personal terms with Barber, Schippers had the ability to put Barber's music across in just the right way, with the perfect blend of energy and lyricism, toughness and warmth, and, above all, with the feeling that its sentiment was real, but ineffably contained. The playing of the New York Philharmonic (in the Adagio, as well as in the Second Essay for orchestra, the Overture to The School for Scandal, Andromache's Farewell, and Medea's Dance of Vengeance) is aglow with inspiration, and the sound is exceptionally vivid, with a palpable sense of presence and space.

For the essential orchestral pieces of Barber, EMI's compilation with Slatkin and the Saint Louis Symphony is the best currently available. Slatkin's reading of the Adagio is beautifully built, exactly on the mark. The Essays-works of magnificent crafstmanship in which Barber unerringly balanced the sorrowful with the triumphant-are powerfully stated, and Medea's Meditation and Dance of Vengeance emerges as an orchestral tour de force. The recordings are full, spacious, superbly atmospheric.