As the Reverend John Ames approaches the hour of his own death, he writes a letter to his son chronicling three previous generations of his family, a story that stretches back to the Civil War and reveals uncomfortable secrets about the family of preachers. Reader's Guide available. Reprint. 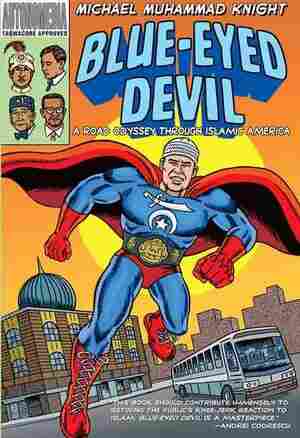 The American Sublime: 3 Books On Faith In The U.S.

December 24, 2012 • Author Ayad Akhtar writes about three books that deal with the intersection of religion and literature in the U.S. What is your favorite book on American faith? Tell us in the comments.

March 8, 2010 • Everyone has his or her own secrets, but what happens when your most intimate ones are shared with loved ones? Family secrets can be the hardest to hide — and the most provocative. Martha Toll suggest three books for when no one knows you better than your family — and that's the problem.

April 4, 2005 • The Los Angeles Times and The Wall Street Journal each win two Pulitzer Prizes in journalism. Steve Coll wins the non-fiction prize for Ghost Wars: The Secret History of the CIA, Afghanistan, and Bin Laden.

November 23, 2004 • Alan Cheuse reviews Gilead by Marilynne Robinson, a novel narrated by a Christian minister as he nears death. Cheuse calls it a "beautifully ruminative novel." 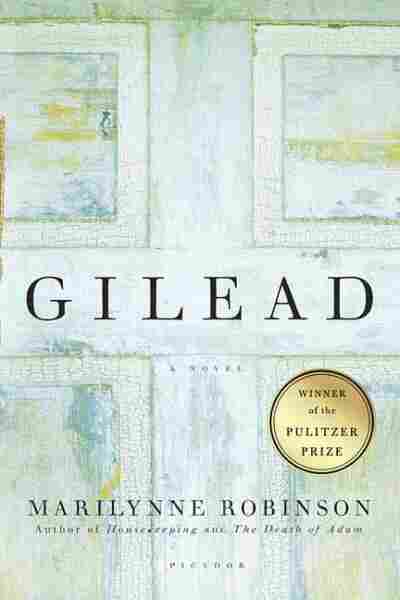 I told you last night that I might be gone sometime, and you said, Where, and I said, To be with the Good Lord, and you said, Why, and I said, Because I'm old, and you said, I don't think you're old. And you put your hand in my hand and you said, You aren't very old, as if that settled it. I told you you might have a very different life from mine, and from the life you've had with me and that would be a wonderful thing, there are many ways to live a good life. And you said, Mama already told me that. And then you said, Don't laugh! because you thought I was laughing at you. You reached up and put your fingers on my lips and gave me that look I never in my life saw on any other face besides your mother's. It's a kind of furious pride, very passionate and stern. I'm always a little surprised to find my eyebrows unsigned after I've suffered one of those looks. I will miss them.

It seems ridiculous to suppose the dead miss anything. If you're a grown man when you read this-it is my intention for this letter that you will read it then-I'll have been gone a long time. I'll know most of what there is to know about being dead, but I'll probably keep it to myself. That seems to be the way of things.

I don't know how many times people have asked me what death is like, sometimes when they were only an hour or two from finding out for themselves. Even when I was a very young man, people as old as I am now would ask me, hold on to my hands and look into my eyes with their old milky eyes, as if they knew I knew and they were going to make me tell them. I used to say it was like going home. We have no home in this world, I used to say, and then I'd walk back up the road to this old place and make myself a pot of coffee and a friend-egg sandwich and listen to the radio, when I got one, in the dark as often as not. Do you remember this house? I think you must, a little. I grew up in parsonages. I've lived in this one most of my life, and I've visited in a good many others, because my father's friends and most of our relatives also lived in parsonages. And when I thought about it in those days, which wasn't too often, I thought this was the worst of them all, the draftiest and the dreariest. Well, that was my state of mind at the time. It's a perfectly good old house, but I was all alone in it then. And that made it seem strange to me. I didn't feel very much at home in the world, that was a face. Now I do.

And now they say my heart is failing. The doctor used the term "angina pectoris," which has a theological sound, like misericordia. Well, you expect these things at my age. My father died an old man, but his sisters didn't live very long, really. So I can only be grateful. I do regret that I have almost nothing to leave you and your mother. A few old books no one else would want. I never made any money to speak of, and I never paid any attention to the money I had. It was the furthest thing from my mind that I'd be leaving a wife and child, believe me. I'd have been a better father if I'd known. I'd have set something by for you.

That is the main thing I want to tell you, that I regret very deeply the hard times I know you and your mother must have gone through, with no real help from me at all, except my prayers, and I pray all the time. I did while I lived, and I do now, too, if that is how things are in the next life.

I can hear you talking with your mother, you asking, she answering. It's not the words I hear, just the sounds of your voices. You don't like to go to sleep, and every night she has to sort of talk you into it all over again. I never hear her sing except at night, from the next room, when she's coaxing you to sleep. And then I can't make out what song it is she's singing. Her voice is very low. It sounds beautiful to me, but she laughs when I say that.

I really can't tell what's beautiful anymore. I passed two young fellows on the street the other day. I know who they are, they work at the garage. They're not churchgoing, either one of them, just decent rascally young fellows who have to be joking all the time, and there they were, propped against the garage wall in the sunshine, lighting up their cigarettes. They're always so black with grease and so strong with gasoline I don't know why they don't catch fire themselves. They were passing remarks back and forth the way they do and laughing that wicked way they have. And it seemed beautiful to me. It is an amazing thing to watch people laugh, the way it sort of takes them over. Sometimes they really do struggle with it. I see that in church often enough. So I wonder what it is and where it comes from, and I wonder what it expends out of your system, so that you have to do it till you're done, like crying in a way, I suppose, except that laughter is much more easily spent.

When hey saw me coming, of course the joking stopped, but I could see they were still laughing to themselves, thinking what the old preacher almost heard the say.

I felt like telling them, I appreciate a joke as much as anybody. There have been many occasions in my life when I have wanted to say that. But it's not a thing people are willing to accept. They want you to be a little bit apart. I felt like saying, I'm a dying man, and I won't have so many more occasions to laugh, in this world at least. But that would just make them serious and polite, I suppose. I'm keeping my condition a secret as long as I can. For a dying man I feel pretty good, and that is a blessing. Of course your mother knows about it. She said if I feel good, maybe the doctor is wrong. But at my age there's a limit to how wrong he can be.

That's the strangest thing about this life, about being in the ministry. And then sometimes those very same people come into your study and tell you the most remarkable things. There's a lot under the surface of life, everyone knows that. A lot of malice and dread and guilt, and so much loneliness, where you wouldn't really expect a find it, either.