Expelled from the Garden, Adam and Eve are forced to build a life in a harsh land in the face of bitterness, past recriminations, and other challenges that lead them down an inevitable path of passions and jealousies. By the author of The Preservationist. Reprint. 40,000 first printing.

March 8, 2010 • Everyone has his or her own secrets, but what happens when your most intimate ones are shared with loved ones? Family secrets can be the hardest to hide — and the most provocative. Martha Toll suggest three books for when no one knows you better than your family — and that's the problem. 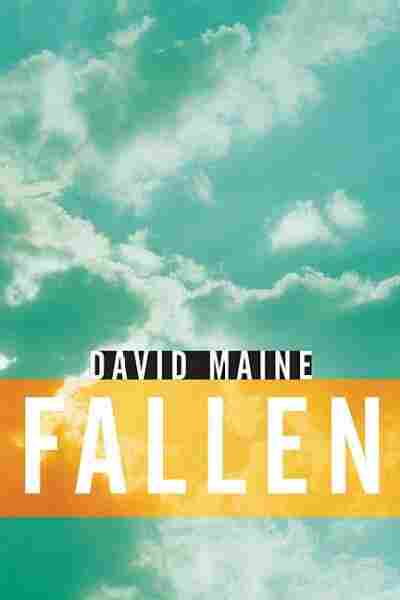 Chapter One
40 the old man

The mark burns upon him all the time now. Its hurt is open and shameful like a scab picked until it bleeds. In years past he could find ways to forget it or at least misplace his awareness for a while; it was never easy but he managed. These days he cannot. There is nothing to fill Cain's time so the mark does this for him.

Countless people have witnessed it over the years, but even those who have not don't lack for an opinion. Some say it is a letter--the first letter of his name, reversed to show God's displeasure. Others say it carries the shape of a stillborn child, or a wolf's skull, or a coiled serpent. Still others, less fanciful perhaps or just duller, claim it is no picture at all. Merely a smear unreadable, the Devil's thumbprint or God's. What does the shape matter? The point is, it is there, plainly visible, crying out to be seen.

But the miracle lies in the seeing. For all those who look upon the mark see it differently. Like the Tower of Babel reflected mirrorwise, everyone who lays eyes upon Cain's face beholds something different from all the others, sees the message spelled in a different tongue, though the message is always the same.

And what message is thus conveyed? A simple one: Don't touch. Stay away. Leave this one alone.

The others in this house, Cain's in-laws and grandchildren, heed this advice and give him a wide berth. Only his son remains stubbornly loyal. And recently, his dead brother as well.

But now Cain is convinced that Abel has left him forever: tonight's visit was his last. So with nothing more to do, he waits to die. He is not being dramatic. Among his many faults, this is not one. He expects to be dead by morning.

The old man shifts and wheezes. The wet climate he finds himself banished to torments his breathing. Deserts are tough but at least the air is clean. Not that he expects sympathy: impetuous he may be, hot-tempered and violent, resentful and self-pitying, any number of undesirable qualities. But he has never been stupid.

So then. He shifts his weight in the crepuscular gloom of the hut and allows his gaze to drift past the low open entryway, outside to where the fading crimson sky has clotted into dusk. From outside float children's laughter and the calmer voice of his son. Cain knows he is not welcome out there. Nor unwelcome exactly; but if he ventured from his hut the voices would quickly fade, glances would be cast down, the children would drift off, and the women's mouths would tighten.

No. He will stay inside this night. At least it will be his last such.

Cain settles onto the earth, arms folded behind his head. A sigh ripples through his nose and musses the yellowing whiskers of his beard. So the matter of his mortality has been decided. In a strange way a burden has been lifted. If he were carefree he might start whistling, but he is not. He is a man who dwells upon serious thoughts. As a boy he dwelt upon serious thoughts. As a fetus in his mother's womb he was prone, quite likely, to serious ruminations, while his lighthearted brother simply enjoyed spinning and kicking in the watery gloom. People change in some ways as they grow; in other ways they don't.

There is something in that, some truth waiting to be grasped like a teat in an infant's hand. But like that teat, the truth is too large and unwieldy for the old man's grip, and when he clutches at it, it bounces to one side, slipping heavily from his fingers. And whatever lies beyond Cain's vague sense of disquiet slips away as well.

He is old and gets distracted easily. When the idea is gone he doesn't bother to follow it, and soon forgets it altogether.


This evening Cain appears calm but he his not. His terror is that of a tiny boy dropped from a great height during a thunderstorm while vultures pluck his flesh. His stomach feels slightly out of kilter, down where his intestines should be. This makes his midriff hurt. It makes his back and his loins and his molars hurt. Was this how his brother felt as the life hurtled from his body, or did he feel something else entirely? Rage for example or bewilderment, or perhaps an overwhelming grief that blotted out all else with enormous reptilian wings?

Cain tucks his chin against his clavicle, shuts his eyes tight, and tries to keep the world at bay. Outside, his grandson Irad cackles as the children play some game involving rocks and noise. He is, he thinks, almost ready to leave this place behind forever. Almost eager, in fact.

So behold him there: Cain lying alone in the hut, thinking back on his life, tallying it up. Waiting to die.