In the 1980s, as her mother prepares to be a contestant on a television game show, Miranda tries to make sense of a series of mysterious notes received from an anonymous source that seems to defy the laws of time and space.

NPR stories about When You Reach Me 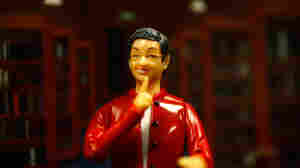 December 10, 2009 • The end of another year means another giant stack of books you missed during the past 12 months. Nancy Pearl, our favorite librarian, stops by to share recommendations that should keep old, young and 'tween readers content. 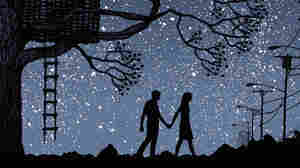 Excerpt: 'When You Reach Me'

Excerpt: When You Reach Me 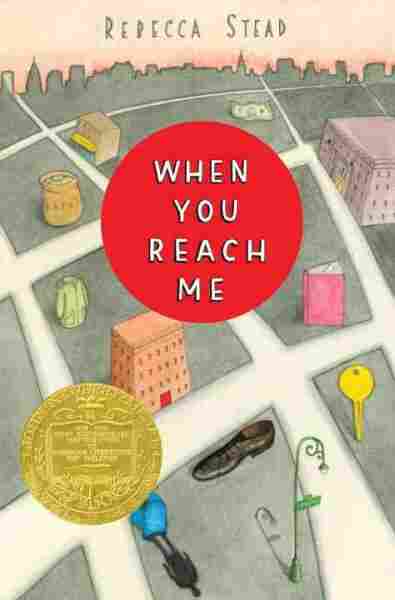 Things You Keep in a Box

So Mom got the postcard today. It says Congratulations in big curly letters, and at the very top is the address of Studio TV-15 on West 58th Street. After three years of trying, she has actually made it. She's going to be a contestant on The $20,000 Pyramid, which is hosted by Dick Clark.

On the postcard there's a list of things to bring. She needs some extra clothes in case she wins and makes it to another show, where they pretend it's the next day even though they really tape five in one afternoon. Barrettes are optional, but she should definitely bring some with her. Unlike me, Mom has glossy red hair that bounces around and might obstruct America's view of her small freckled face.

And then there's the date she's supposed to show up, scrawled in blue pen on a line at the bottom of the card: April 27, 1979. Just like you said.

I check the box under my bed, which is where I've kept your notes these past few months. There it is, in your tiny handwriting: April 27th: Studio TV-15, the words all jerky-looking, like you wrote them on the subway. Your last "proof."

I still think about the letter you asked me to write. It nags at me, even though you're gone and there's no one to give it to anymore. Sometimes I work on it in my head, trying to map out the story you asked me to tell, about everything that happened this past fall and winter. It's all still there, like a movie I can watch when I want to. Which is never.

Mom has swiped a big paper calendar from work and Scotch-taped the month of April to the kitchen wall. She used a fat green marker, also swiped from work, to draw a pyramid on April 27, with dollar signs and exclamation points all around it.

She went out and bought a fancy egg timer that can accurately measure a half minute. They don't have fancy egg timers in the supply closet at her office.

April twenty-seventh is also Richard's birthday. Mom wonders if that's a good omen. Richard is Mom's boyfriend. He and I are going to help Mom practice every single night, which is why I'm sitting at my desk instead of watching after-school TV, which is a birthright of every latchkey child. "Latchkey child" is a name for a kid with keys who hangs out alone after school until a grown-up gets home to make dinner. Mom hates that expression. She says it reminds her of dungeons, and must have been invented by someone strict and awful with an unlimited child-care budget. "Probably someone German," she says, glaring at Richard, who is German but not strict or awful.

It's possible. In Germany, Richard says, I would be one of the Schlusselkinder, which means "key children."

"You're lucky," he tells me. "Keys are power. Some of us have to come knocking." It's true that he doesn't have a key. Well, he has a key to his apartment, but not to ours.

Richard looks the way I picture guys on sailboats--tall, blond, and very tucked-in, even on weekends. Or maybe I picture guys on sailboats that way because Richard loves to sail. His legs are very long, and they don't really fit under our kitchen table, so he has to sit kind of sideways, with his knees pointing out toward the hall. He looks especially big next to Mom, who's short and so tiny she has to buy her belts in the kids' department and make an extra hole in her watchband so it won't fall off her arm.

Mom calls Richard Mr. Perfect because of how he looks and how he knows everything. And every time she calls him Mr. Perfect, Richard taps his right knee. He does that because his right leg is shorter than his left one. All his right-foot shoes have little platforms nailed to the bottom so that his legs match. In bare feet, he limps a little.

"You should be grateful for that leg," Mom tells him. "It's the only reason we let you come around." Richard has been "coming around" for almost two years now.


We have exactly twenty-one days to get Mom ready for the game show. So instead of watching television, I'm copying words for her practice session tonight. I write each word on one of the white index cards Mom swiped from work. When I have seven words, I bind the cards together with a rubber band she also swiped from work.

I hear Mom's key in the door and flip over my word piles so she can't peek.
"Miranda?" She clomps down the hall--she's on a clog kick lately--and sticks her head in my room. "Are you starving? I thought we'd hold dinner for Richard."

"I can wait." The truth is I've just eaten an entire bag of Cheez Doodles. After-school junk food is another fundamental right of the latchkey child. I'm sure this is true in Germany, too.

"You're sure you're not hungry? Want me to cut up an apple for you?"

"What's a kind of German junk food?" I ask her. "Wiener crispies?"

"Do you want the apple or not?"

"No, and get out of here--I'm doing the words for later."

"Great." She smiles and reaches into her coat pocket. "Catch." She lobs something toward me, and I grab what turns out to be a bundle of brand-new markers in rainbow colors, held together with a fat rubber band. She clomps back toward the kitchen.

Richard and I figured out a while ago that the more stuff Mom swipes from the office supply closet, the more she's hating work. I look at the markers for a second and then get back to my word piles.

Mom has to win this money.