A history of the end of the arms race describes the Soviet Union's development of an automatic retaliatory attack system, the United States's efforts to create space-based missile defenses, and the struggle to prevent nuclear weapons from being acquired by terrorists.

NPR stories about The Dead Hand

February 15, 2010 • Journalist David E. Hoffman reflects on the high-stakes maneuverings of the Cold War arms race and tells Fresh Air about the urgent search for the nuclear and biological hazards left behind after the collapse of the Soviet Union. He also details the inner workings of the Soviet nuclear program in his book The Dead Hand.

October 8, 2009 • Journalist David E. Hoffman revisits the high stakes maneuverings of the Cold War arms race and details the inner-workings of the Soviet nuclear program in his new book. 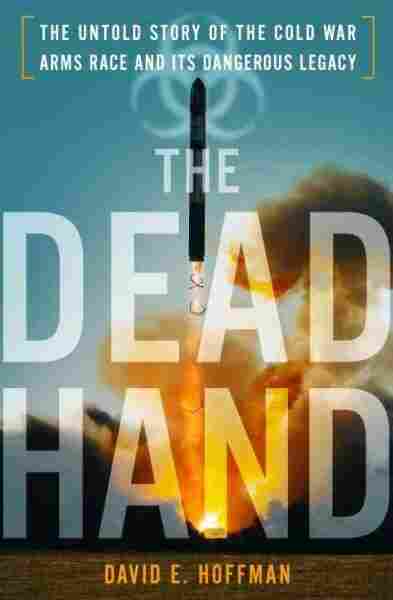 PROLOGUE
I. Epidemic of Mystery

"Are any of your patients dying?" asked Yakov Klipnitzer when he called Margarita Ilyenko on Wednesday, April 4, 1979. She was chief physician at No. 24, a medium-sized, one-hundred-bed hospital in Sverdlovsk, a Soviet industrial metropolis in the Ural Mountains. Her hospital often referred patients to a larger facility, No. 20, where Klip­nitzer was chief doctor. Klipnitzer saw two unusual deaths from what looked like severe pneumonia. The patients, he told Ilyenko, were "two of yours." No, Ilyenko told him, she did not know of any deaths. The next day he called again. Klipnitzer was more persistent. "You still don't have any patients dying?" he asked. Klipnitzer had new deaths with pneumonia-like symptoms. "Who is dying from pneumonia today?" Ilyenko replied, incredulous. "It is very rare."
Soon, patients began to die at Ilyenko's hospital, too. They were brought in ambulances and cars, suffering from high fevers, headaches, coughs, vomiting, chills and chest pains. They were stumbling in the hall­ways and lying on gurneys. The head of admissions at Hospital No. 20, Roza Gaziyeva, was on duty overnight between April 5 and 6. "Some of them who felt better after ﬁrst aid tried to go home. They were later found on the streets—the people had lost consciousness," she recalled. She tried to give mouth-to-mouth resuscitation to one ill patient, who died. "During the night, we had four people die. I could hardly wait until morning. I was frightened."
On the morning of April 6, Ilyenko raced to the hospital, threw her bag into her ofﬁce, put on her white gown and headed for the ward. One patient looked up at her, eyes open, and then died. "There are dead bod­ies, people still alive, lying together. I thought, this is a nightmare. Some­thing is very, very wrong."
Death came quickly to victims. Ilyenko reported to the district public health board that she had an emergency. Instructions came back to her that another hospital, No. 40, was being set up to receive all the patients in an infectious disease ward. The word spread—infection!—and with it, fear. Some staff refused to report for work, and others already at work refused to go home so as not to expose their families. Then, disinfection workers arrived at hospital No. 20, wearing hazardous materials suits. They spread chlorine everywhere, which was a standard disinfectant, but the scene was terrifying, Ilyenko recalled. "There was panic when people saw them."(1)
Sverdlovsk, population 1.2 million, was the tenth-largest city in the Soviet Union and the heartland of its military-industrial complex. Guns, steel, industry and some of the best mechanical engineering schools in the Soviet Union were Sverdlovsk's legacy from Stalin's rush to modernize during World War II and after. Since 1976, the region had been run by a young, ambitious party secretary, Boris Yeltsin.
Hospitals No. 20 and 24 were in the southern end of the city, which slopes downward from the center. Streets lined with small wooden cot­tages and high fences were broken up by stark ﬁve-story apartment buildings, shops and schools. The Chkalovsky district, where Ilyenko's hospital was located, included a ceramics factory where hundreds of men worked in shifts in a cavernous building with large, high windows.
Less than a mile away, to the north-northwest, was Compound 32, an army base for two tank divisions, largely residences, and, adjacent to it, a closed military microbiology facility. Compound 19, which comprised a laboratory, development and testing center for deadly pathogens, includ­ing anthrax, was run by the 15th Main Directorate of the Ministry of Defense. On Monday April 2, 1979, from morning until early evening, the wind was blowing down from Compound 19 toward the ceramics factory.(2)

Inside Compound 19, three shifts operated around the clock, experiment­ing with anthrax and making it in batches. Anthrax bacteria were grown in fermentation vessels, separated from the liquid growth medium and dried before they were ground up into a ﬁne powder for use in aerosol form. Workers at the compound were regularly given vaccinations. The work was high risk.
Anthrax is an often-fatal infection that occurs when spores of the bac­teria Bacillus anthracis enter the body, either through the skin, ingestion or inhalation. The bacteria germinate and release toxins that can quickly bring on death if untreated. In Russia, the disease was known as Sibirskaya yazva, or Siberian ulcer, because of the black sores that form when it is contracted through cuts in the skin. In nature, the disease most commonly spreads through contact with infected animals, usually graz­ing animals such as cows, goats and sheep, which ingest the spores from the soil. The inhalation variety is dangerous to humans. Breathing the spores into the lungs can kill those infected if not treated. A single gram of anthrax contains around a trillion spores. Odorless and colorless, the spores are extremely stable, and can remain dormant for as long as ﬁfty years or more. For these reasons, anthrax was well suited for a biological weapon. According to one estimate, 112 pounds of anthrax spores released along a 1.2-mile line upwind of a city of 500,000 residents would result in 125,000 infections—and kill 95,000 people.(3)