On the plane home to attend the funerals of his wife and best friend, Shadow, an ex-con, encounters an enigmatic stranger who seems to know a lot about him. When Shadow accepts the stranger's job offer, he finds himself plunged into a perilous game with the highest of stakes: the soul of America itself. 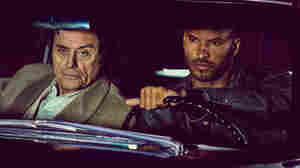 May 1, 2017 • In the new Starz adaptation of Neil Gaiman's beloved fantasy novel, gods from all over the world are drawn to America when their worshippers arrive here — whether as immigrants, explorers, or slaves. 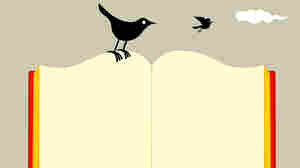 April 29, 2010 • There are plenty of online book clubs, but what about Twitter? Jeff Howe of Wired magazine is tweaking the One Book, One City phenomenon by trying to get millions of people to pick a novel and then discuss it on Twitter. Users voted, and soon they'll start reading the winner, Neil Gaiman's American Gods. 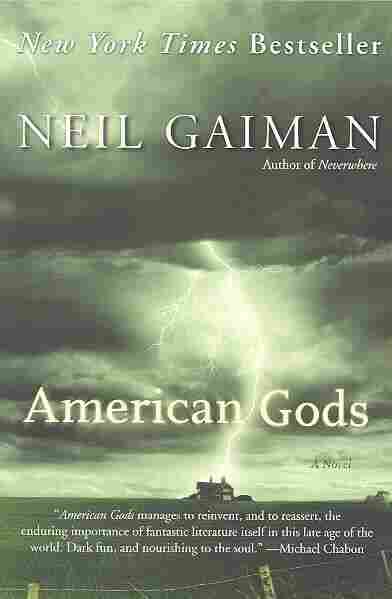 Shadow had done three years in prison. He was big enough and looked don't-fuck-with-me enough that his biggest problem was killing time. So he kept himself in shape, and taught himself coin tricks, and thought a lot about how much he loved his wife.

The best thing – in Shadow's opinion, perhaps the only good thing – about being in prison was a feeling of relief. The feeling that he'd plunged as low as he could plunge and he'd hit bottom. He didn't worry that the man was going to get hurt, because the man had got him. He was no longer scared of what tomorrow might bring, because yesterday had brought it.

It did not matter, Shadow decided, if you had done what you had been convicted of or not. In his experience everyone he met in prison was aggrieved about something: there was always something the authorities had got wrong, something they said you did when you didn't – or you didn't do quite like they said you did. What was important was that they had gotten you.

He had noticed it in the first few days, when everything, from the slang to the bad food, was new. Despite the misery and the titter skin-crawling horror of incarceration, he was breathing relief.

Shadow tried not to talk too much. Somewhere around the middle of year two he mentioned his theory to Low Key Lyesmith, his cellmate.

Low Key, who was a grifter from Minnesota, smiled his scarred smile. "Yeah," he said. "That's true. It's even better when you've been sentenced to death. That's when you remember the jokes about the guys who kicked their boots off as the noose flipped around their necks, because their friends always told them they'd die with their boots on."

"Is that a joke?" asked Shadow.

"When did they last hang a man in this state?" asked Shadow.

"How the hell should I know?" Lyesmith kept his orange-blond hair pretty much shaved. You could see the lines of his skull. "Tell you what, though. This country started going to bell when they stopped hanging folks. No gallows dirt. No gallows deals."

Shadow shrugged. He could see nothing romantic in a death sentence.

If you didn't have a death sentence, he decided, then prison was, at best, only a temporary reprieve from life, for two reasons. First, life creeps back into prison. There are always places to go further down. Life goes on. And second, if you just hang in there, someday they're going to have to let you out.

In the beginning it was too far away for Shadow to focus on. Then it became a distant beam of hope, and he learned how to tell himself "this too shall pass" when the prison shit went down, as prison shit always did. One day the magic door would open and he'd walk through it. So he marked off the days on his Songbirds of North America calendar, which was the only calendar they sold in the prison commissary, and the sun went down and he didn't see it and the sun came up and he didn't see it. He practiced coin tricks from a book lie found in the wasteland of the prison library; and lie worked out; and he made lists in his head of what he'd do when he got out of prison.

Shadow's lists got shorter and shorter. After two years he had it down to three things.

First, he was going to take a bath. A real, long, serious soak, in a tub with bubbles. Maybe read the paper, maybe not. Some days he thought one way, some days the other.

Second he was going to towel himself off, put on a robe. Maybe slippers. He liked the idea of slippers. If he smoked he would be smoking a pipe about now, but he didn't smoke. He would pick up his wife in his arms ("Puppy," she would squeal in mock horror and real delight, "what are you doing?"). He would carry her into the bedroom, and close the door. They'd call out for pizzas if they got hungry.

Third, after he and Laura had come out of the bedroom, maybe a couple of days later, he was going to keep his head down and stay out of trouble for the rest of his life.

"And then you'll be happy?" asked Low Key Lyesmith. That day they were working in the prison shop, assembling bird feeders, which was barely more interesting than stamping out license plates.

"Who the fuck's Herodotus?" asked the Iceman, slotting together the sides of a bird feeder and passing it to Shadow, who bolted and screwed it tight.

"My last girlfriend was Greek," said the Iceman. "The shit her family ate. You would not believe. Like rice wrapped in leaves. Shit like that."

The Iceman was the same size and shape as a Coke machine, with blue eyes and hair so blond it was almost white. He had beaten the crap out of some guy who had made the mistake of copping a feel off his girlfriend in the bar where she danced and the Iceman bounced. The guy's friends had called the police, who arrested the Iceman and ran a check on him which revealed that the Iceman had walked from a work-release program...